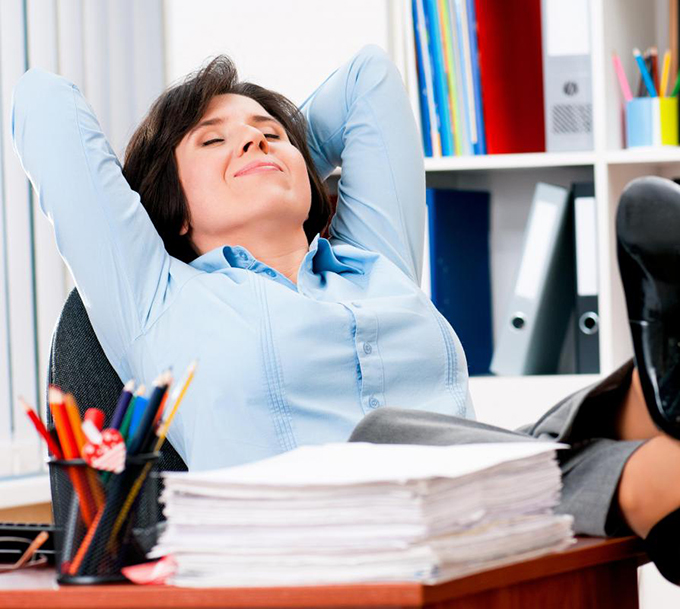 How would you like a job that was guaranteed and allowed you to do your work as you see fit and speak your mind with no repercussions? Most people would, and that’s the idea behind academic tenure. In the following Q&A, George Justice, an English professor and author of “How to Be a Dean,” explains the origin of tenure and the waning protections that it affords professors who have it.

What is academic tenure?

Of all the things a university professor can achieve in their career, few are as desirable as academic tenure. Academic tenure is a system of strong job protections that virtually guarantees a university professor will never be fired or let go except in the most extreme of circumstances. A key idea is to allow faculty to speak freely – whether on campus or in public – without fear of reprisal.

Achieving tenure is not easy or quick. First, aspiring professors must secure a “tenure track” position after excelling in a Ph.D. program, followed in many cases by one or more postdoctoral fellowships. Then, in a probationary period that can last from 5 to 10 years, but which typically takes 7 years, faculty must demonstrate academic excellence in teaching, research and service to the community.

The probationary period is then followed by a year-long process during which a professor’s work is evaluated by peer faculty – both inside and outside of the university where they teach – as well as administrators at their institution.

If they succeed in getting tenure, they can be promoted to the rank of “associate professor with tenure.” But if they are denied tenure, usually it means they have one more year to build up their credentials and find employment at another college or university – or leave academia altogether to find work in a different industry. 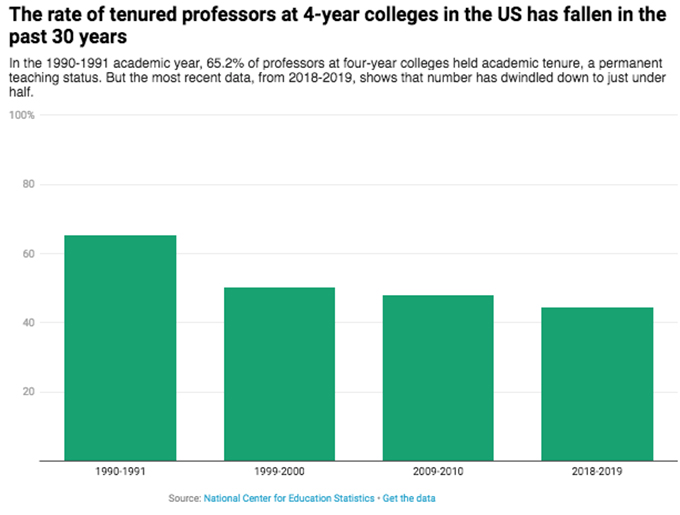 When did tenure first appear?

The tenure system was created in the early 20th century as a partnership between the faculty and the institutions that employ them. Faculty came to be represented nationally by the American Association of University Professors, which was founded in 1915 by two of the era’s most famous intellectuals: John Dewey and Arthur O. Lovejoy. The association wasn’t a union, although now it does help faculty unionize.

The real origins of the concept, though, lie in the practice of 19th-century German universities. Faculty in these universities created wide autonomy for their work on the basis of their pursuit of knowledge for its own sake. The greatest freedom and power went to those professors at the top of a rigid hierarchy.

In its 1915 “Declaration of Principles,” the association viewed faculty tenure as a property right and academic freedom as “essential to civilization.” “Academic freedom” includes rights both within and outside a professor’s daily work: “freedom of inquiry and research; freedom of teaching within the university or college; and freedom of extra-mural utterance and action.” The last of these means that faculty can speak up on matters of public concern outside of their specialized expertise without fear of losing their job.

Whom does it benefit?

As a job protection, tenure directly benefits college teachers. Indirectly, tenure benefits a society that thrives through the education and research that colleges and universities create.

The job protections are significant. Except in extreme circumstances, faculty who have achieved tenure can expect to be paid for teaching and research for as long as they hold their jobs. There is no retirement age. And colleges only very rarely go out of business.

Tenure’s benefits have weakened in recent years. Financially battered by the past year of COVID-19, institutions have let tenured faculty go merely with general assertions of financial stress rather than the deep crisis of “financial exigency.”

And termination “with cause” has evolved in recent years. For instance, federal law, including Title IX of the Federal Education Act, has pushed institutions to fire or force the resignation of faculty members who violate core principles of equal treatment, especially through sexual harassment of students.

Why is tenure controversial?

There are economic, political, ideological and social reasons why tenure has come under fire over the past 50 years.

From an economic perspective, higher education is big business with a big impact on the U.S. economy. State universities are among the biggest businesses. And some legislators believe universities should be treated simply like businesses. Professors would have no more job security than any other employees and could be fired without a rigorous process led by their faculty peers.

“What happens in our private sector should be applied to our universities as well,” argued Iowa State Senator Bradley Zaun, who introduced legislation that would eliminate tenure in his state’s public universities. The measure failed.

And in socially conservative parts of the country, legislators allege that professors have hypocritically violated students’ freedom of speech, including by interfering with their participation in conservative student political groups.

It’s not just from social conservatives. Colleges have suspended faculty members for using racial slurs that offend students. And faculty have sued the University of Arkansas over a revised tenure policy that would weaken protections when faculty challenge social norms.

What is its future?

Tenure continues to exist in American higher education, and surveyed provosts – the chief academic officers on their campuses – maintain support for retaining the tenure system on their campuses.

But those same academic leaders have hired increasing numbers of less expensive faculty without tenure over the past few decades.

While research shows diverse faculty and peer viewpoints lead to a richer education for students, the tenured faculty are whiter and more male than the whole body of college teachers, let alone the U.S. population. Indeed, the tenured faculty has become demographically inconsistent with the students in their classrooms: 75% of college professors are white, whereas 51.1% of the population under 24 years old was non-Hispanic white in 2019.

Is the practice of academic freedom “essential to civilization”? Does it require tenure for faculty? Or is tenure a destructive job perk that limits innovation in an important service industry by entrenching faculty who may be mediocre and old-fashioned in their teaching and research? The one thing guaranteed in the future of tenure is that as long as it exists, it will continue to be controversial.