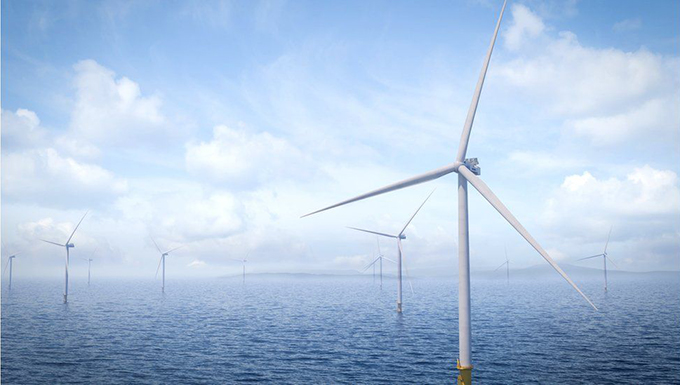 In 2023, some 100 miles off the coast of north-east England, the world’s largest wind turbines will start generating electricity. This first phase of the Dogger Bank offshore wind farm development uses General Electric’s Haliade X, a turbine that stands more than a quarter of a kilometre high from the surface of the sea to the highest point of the blade tip.

If you placed one in London, it would be the third-tallest structure in the city, taller than One Canada Square in Canary Wharf and just 50 metres shorter than the Shard. Each of its three blades would be longer than Big Ben’s clock tower is tall. And Dogger Bank will eventually have nearly 300 of these giants.

Just two decades have passed since the UK’s first proper offshore wind farm was built off the coast of north Wales. Its turbines were each able to produce 2 megawatts (MW) of electricity in ideal conditions – considered huge at the time. In contrast, the Haliade X is able to produce 13MW of electricity, and 15MW turbines are only another year or two away.

So why are turbines increasing in size at such a rapid rate, and is there a limit to how big they can go? In short, the first answer is to reduce the cost of energy and the second is that there must be a limit – but nobody has put a number on it yet.

Just five years ago, the offshore wind industry hoped to reduce its energy pricing to below £100 per megawatt-hour by 2020 from new projects in UK waters. Even at that level, projects would still have relied on government subsidies to make them economically viable, compared with other types of electricity generation.

But in fact, costs quickly reduced to the extent that offshore wind farm developers were soon committing to selling their electricity at much lower prices. Today, developers are building wind farms such as Dogger Bank where they have committed to prices below £50 per megawatt-hour. This makes offshore wind competitive with other forms of power generation, effectively removing the need for subsidy.

The major factor in reducing these costs was turbine size. Ever-larger turbines came to market faster than virtually everybody in the sector had expected. 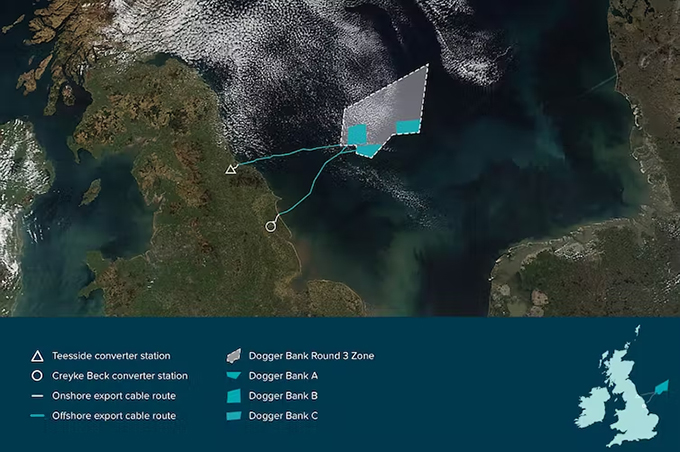 Dogger Bank is ideal for offshore wind as the water is very shallow. When complete, the project will power 6 million UK homes. Dogger Bank Wind Farm

In theory, turbines can keep getting bigger. After all, a bigger blade extracts energy from the wind over a greater area as it rotates, which generates more electricity.

But there are some engineering constraints. One concerns erosion of the blades caused by them colliding with raindrops and sea spray. For current designs, the speed of the blade tips must be limited to 90 metres per second (which works out at just under 200mph) in order to avoid erosion. Therefore, as turbines get bigger and blades get longer, their rotors have to turn more slowly.

A consequence of having to slow the rotor down is that, to produce the same amount of power, the blades must deflect the wind to a greater extent. This results in greatly increased forces on the whole turbine. We can address these high forces, but only by increasing both turbine weight and cost. And that means the point at which the turbine becomes unprofitable – the point at which the extra cost is no longer worth it for the value of extra electricity generated – is reached much sooner than if the blade tips were allowed to go faster.

Also, as blades get longer they become more flexible. This makes it more difficult to keep the aerodynamics of the wind flow around them fully under control, and harder to ensure the blades do not strike the turbine tower under extreme wind conditions.

Engineering challenges like these can perhaps be solved in the longer term, though. This will mean that wind turbines are more likely to be limited in size by manufacturing, installation and operational issues, rather than any physical limit on the design of the turbine.

Just transporting blades and towers from factory to site and assembling the turbine when you get there presents huge challenges. Each of those Big Ben-sized blades must be shipped in one piece. This requires huge ports, giant vessels, and cranes that can operate safely and reliably far offshore. This is where the limit is most likely to come from. 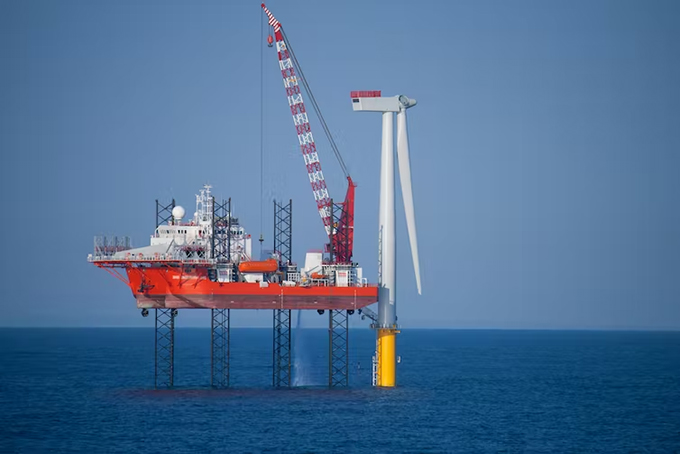 You can see these limits in practice in the UK, which is surrounded by windy and shallow seas that are perfect for generating energy. Despite this, the UK is likely to miss its ambitious target to more than treble its offshore wind capacity by 2030.

This is not because of technology or lack of offshore sites. Rather, the industry will not be able to manufacture turbines quickly enough, and the port infrastructure and number of installation vessels, suitable cranes and workers with requisite skills is unlikely to be sufficient.

So if the UK is to maximise the benefit to its economy from what is, so far, a fantastic success story, the focus now needs to switch from pure cost reduction to developing workers’ skills and the offshore wind supply chain.

Turbines will get bigger, I am sure, but I suspect at a slower rate than we have seen in recent years. And if the turbines are deployed 100 miles offshore, will anybody care? After all, the public will not be there to see them.