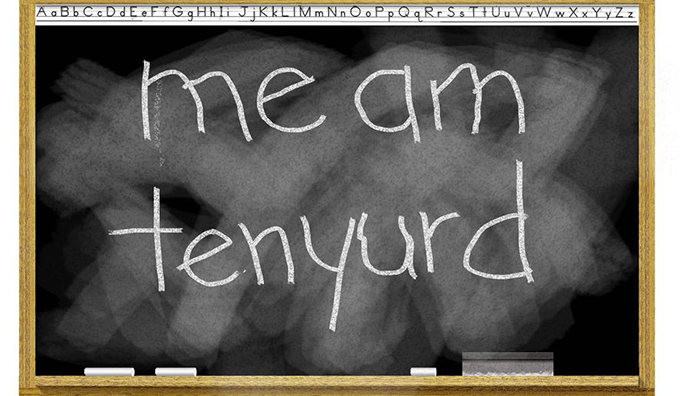 A few years ago, I mentioned Wisconsin was retroactively changing their tenure contracts. To summarize what I said in 2015: no more new tenured faculty, and tenure can be removed from old faculty whenever admin wants.

Gosh, what could happen next? With faculty gelded and removed from power…it was time for the plan of complete removal of academics from academia in Wisconsin to go forward:

That’s when the University of Wisconsin at Stevens Point announced its plan to cut 13 majors — including those in anchor humanities departments such as English and history and all three of the foreign languages offered — and, with them, faculty jobs. Tenured professors may well lose their positions.

Wow, removing English and history? Those are…pretty foundational concepts for an educated person in this country to not know. We’re already at the point where college graduates are vague on what century the US Civil War was fought, and can’t find Europe, much less individual European countries, on a globe, and similarly their grasp of English is usually sketchy at best.

The reason for this is because the material taught in these college courses has, much like in mathematics, been watered down to the point that what you learn there is little different than what you might find in a 9th grade course.

I guess it’s nice that Wisconsin will cover up their fraud by eliminating the courses entirely but…yowza, that’s quite the gutting of education.

What, pray tell, will Wisconsin Higher Ed focus on now?

“Scarce resources”? Maybe if the schools didn’t pour endless resources into “initiatives” and insane administrative pay, we’d have the resources. I’m sorry, student loan debt has gone up half a trillion dollars in the last five years, and these institutions get great tax breaks and other boons from the governments supporting them. It’s hard to take that “scarce resources” line seriously when I know so much about how the money is being spent.

“Stabilize enrollment” is an understandable goal. Our “leaders” in higher education piled huge rewards on themselves back when higher education was growing—the business model then was “lower standards so anyone who wanted free money could stay on campus,” and it worked. Unfortunately, around 80% of the population now goes to college, and the 20% left are so generally so low in intelligence or capacity that there’s just no way to call them college material no matter how much standards are lowered.

Additionally, enough people know the “free money” game is rigged, that the money gained through the student loan scam is a trap from which students (at least those who can’t become prostitutes) cannot hope to escape. Higher ed in its current form has run out of suckers. It’s that simple.

Growth isn’t possible, not that the leaders will reduce their pay for failing to maintain growth. Now the plan is to “stabilize” enrollment, and to do this by removing academic knowledge from campus.

The cynical view of the new Stevens Point plan, held by many faculty members on that campus and off, is that it’s exactly the kind of thing the Legislature, regents and administrators who supported those changes had in mind all along.

It’s “cynical” to watch the chess pieces move on a board and realize when the checkmate is coming? Seriously, the only possible reason to cancel tenure contracts and remove faculty from management positions was to get rid of faculty and their insistence on educating people. There’s nothing “cynical” about that.

The less cynical view shared by others, including Provost Greg Summers, is that the changes present an opportunity for Stevens Point to fight for its future as enrollment declines and state funding dwindles. The campus faces a $4.5 million deficit over two years.

“There’s absolutely some truth in there — this new [tenure] policy provides us an avenue that would perhaps not be possible otherwise,” Summers said in an interview. “But there is absolutely no truth to the idea there was a purposeful agenda. Higher education institutions, no matter where they are, need to be more nimble, and we’ve been urging redirection for a long time.”

Hmm, 4.5 million bucks over 2 years. Hey, Greg, as a public employee, you know we can find your salary, right? He makes over $180,000 a year in Wisconsin’s higher ed system. Toss in perks and benefits, and we’re talking a quarter million bucks a year is spent on this guy, almost certainly more.

Wisconsin higher ed, like every other state’s higher education system, is completely bloated with people at the top raking in the plunder. All Wisconsin would need to do to make up the shortfall is get rid of NINE, just NINE, of these overpaid admin, of the 500 or so they employ, if not more.

Instead of a 2% reduction of the failed leadership, they’ll close down multiple departments and eliminate 13 majors, in the process fire perhaps a hundred or so faculty, destroy academics in Wisconsin, and call it a day.

Hey, start paying me that kind of money and perhaps I’ll be less cynical too.

While enrollments are somewhat steady right now, Summers said, all those factors will make Stevens Point’s target enrollment of about 8,000 difficult to maintain.

The school has around 500 faculty, but, alas, and there are more administrators than faculty on most campuses today, so my estimate of 500 admin is reasonable enough. It’d be nice to know an exact number, because I’m certain with the firing of so many faculty, there won’t be a commensurate firing of admin. But there should be right? I mean, with less serfs to administrate, you should have less administrators.

But I again want to point out, their claimed budget shortfall could be fixed by eliminating 20% of the faculty…or 2% of the admin. Is the purpose of the school education, or administration? Obviously, they’re saying it’s all about administration.

Prospective Wisconsin students should get that message loud and clear, and go elsewhere.