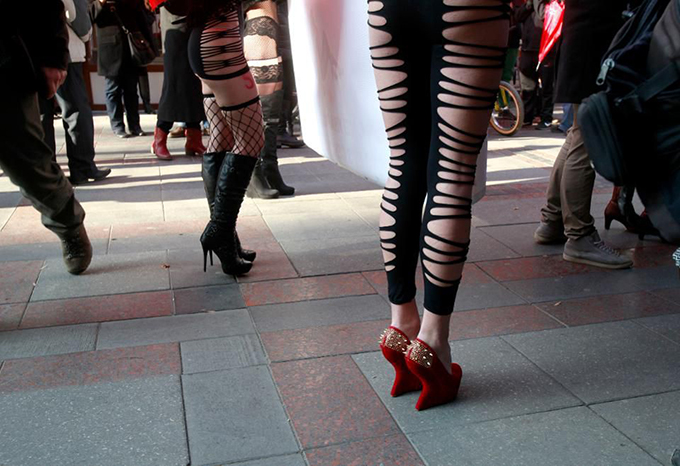 Thanks to all the government attempts to make higher education “more affordable,” higher education is now ridiculously expensive. I’ve lightly written before how a distinct cadre of students prostitute themselves in order to pay tuition, at a “non profit” school that is all about raking in the money. In times past, you could get the money for tuition doing yard work during the summers, but there\’s just no way to make enough money that way.

That’s just tuition, what about after graduation, what then? Far too many students graduate or drop out with mountains of debt, and no way to pay it off based on the questionable-at-best coursework they paid dearly for.

A recent CNN article discusses how one pimp is helping out his employees, by a matching contribution program towards paying off their student debt.

Owner Dennis Hof has more than 500 women working for him at his (legal) brothels in Nevada — Bunny Ranch is just one of them. And he estimates that about 18% of them have college debt.

He said student loans come up “every day in the interview process,” and he’s seen more and more college students applying to work for him.

So his prospective employees are coming to him after college in dire need of money to start making those debt payments. There are many such desperate people, and many pimps eager to snap them up. The competition inspires this particular pimp to sweeten the pot:

So Hof said he’d start matching payments the prostitutes make toward their student loans over the next two months.

Wow, maybe some other employers should consider this? CNN presents this as a nice gesture by a boss for his employers, and it truly is.

But as is always the case, mainstream media rather misses the point. Hugely.

Still, he’s helping real women with big cashflow problems, like Krissy Summers. She was a cheerleader at the University of Michigan who had $40,000 in federal student loans.

The former college cheerleader makes so much money as a prostitute that her debt was paid off in a few months. Good for her! It’s a great story.

One more, for fun:

Another worker, who goes by the name Caressa Kisses, was also carrying a $40,000 debt load. She said she left Bunny Ranch nine years ago to study as a surgical technician at High-Tech Institute, a for-profit school in Las Vegas. But she couldn’t find full-time work in her field after finishing the program, and she headed back to Bunny Ranch in 2012.

Caressa said she’d been making the minimum payments, but a floating interest rate made her debt load balloon back to $32,000.

“I am so grateful that I did,” Caressa told CNNMoney. “Dennis [Hof] and The Ranch were my absolute saviors. I had no quality of life.”

That too is a great story, and I’m glad she’s escaped the student debt trap. Hey, does the gentle reader notice that both the state school, and the for-profit school, buried these people in debt? Poor kid had no quality of life because all she was doing was paying her debts, giving her no chance to build a life.

CNN missed that detail, that both for-profit and state schools are focusing on screwing people over, ruining their lives.

Lee took out $33,000 to cover her studies, and she recently graduated from a community college in Kentucky where she studied applied science.

Yes, even those “cheap” community colleges bury students. CNN fails to ask a question about that, how it doesn’t seem to matter what kind of school, state, for-profit, or community college, victims end up stumbling out after a few years, deep in debt. We’re looking at schools in Michigan, Kentucky, and Nevada, and it doesn’t matter where, our higher education system is creating legions of victims.

There’s an even bigger question CNN should have considered here.

But CNN had little trouble finding three prostitutes from around the country, from a variety of schools, that are deep, deep, deep in debt due to higher education…and they’re working off those debts, not by using anything they gained from higher education, but by being prostitutes.

Now, don’t get me wrong, I’m not trying to sound elitist here, and it’s no business of mine how another person makes a living but…you don’t need a college degree to be a prostitute. Yes, there is a glut of sex-related courses for sale on our campuses, but such courses are not offered so that we can have better prostitutes. Those courses are offered because they sell well; they have minimal at best educational value, but our “leaders” don’t care about education, they care about sales growth.

It isn’t simply that we’ve been lying to our children about the “unarguable value” of education to the point that our kids honestly believe sitting in any classroom for anything is worth any price, it’s that our higher education system is literally forcing people into prostitution…to improve their lives.

So, absolutely, I agree with CNN, kudos to the pimp for helping his prostitutes out. But maybe CNN could do a little investigative reporting and show just how predatory so many of our institutions of higher education have become? Even if our schools weren’t so predatory, how can one claim higher education is incredibly precious when the prostitutes of the United States not only have college degrees, but remain prostitutes because their degrees are worthless?