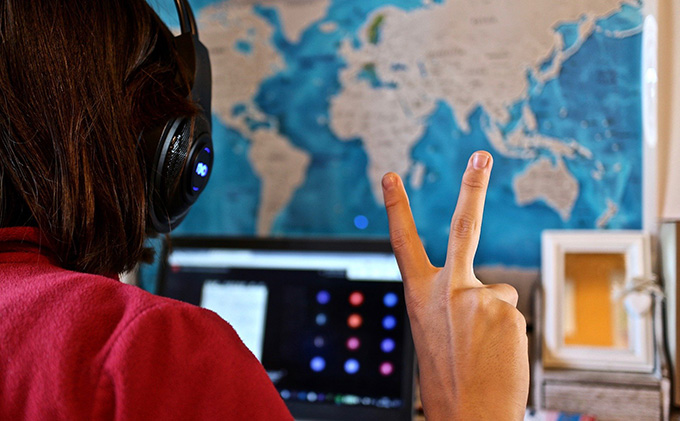 For many teachers, news coverage of education seems to be unrelentingly negative. They say this is particularly noticeable in reporting of results of standardised tests such as NAPLAN and the OECD’s Programme for International Student Assessment (PISA), which seems to place most of the blame for perceived problems on them.

Australian students have reportedly been falling behind many other countries in literacy and numeracy in the PISA tests, for years. The results are nuanced, but the reporting often isn’t. For instance, Australia’s score in science in PISA 2015 was 510, significantly above the OECD average of 493. But the reports tend to focus on areas where we have fallen behind than other countries, rather than where Australia may have done well.

There is constant anxiety our education system is going downhill and needs urgent improvement.

In my interviews with Australian schoolteachers, most of the participants accepted standardised testing was necessary. But they opposed the results of NAPLAN testing being released due to the inevitable comparisons of student progress and schools in the related news coverage.

A growing body of research from Australia and overseas suggests teachers’ perceptions about education news are justified. Education news focuses on student discipline, teacher quality, comparisons of testing results and standards. All these subjects tend to be framed negatively.

While individual success stories of students, teachers or schools are celebrated, they are usually portrayed as the exception.

In my 2017 study, I interviewed 25 teachers from around Australia about their perceptions of news reporting of education — 88% of participants considered it to be predominantly negative.

A teacher from a Queensland public school acknowledged that from “time to time” good news stories about schools did appear but said most the coverage was
shock, horror, look at all these dreadful things that are happening in the school system.
The mostly negative portrayal presented in major metropolitan news outlets was unfair and inaccurate, according to the teachers, and the positive elements tended to be overlooked.

One used the reporting of testing results as an example:
When the NAPLAN data was published our federal minister had quite a lot of material published about how we were slipping down the league tables, but when our 15 year-olds were rated the fifth top all rounders [in the PISA tests] […] that barely got a squeak.


Several participants referred to the prevalence of news coverage that portrayed teachers as low achievers.
We continually hear about low entrance scores to get into teaching. We continually hear about teacher under-performance.
Some of those interviewed believed teachers were treated differently to other professionals in news coverage, and were subjected to greater scrutiny and pressure. “What I do each day is questioned at every level,” one teacher said.

A particular frustration related to news coverage that did not capture the true nature of contemporary teaching. A principal argued there was “an absolute failure” on the part of the news media to recognise the complexity of teachers’ work. She said:
Teachers are not going to school, they are going to work and it’s highly complex and highly technological.
Other Australian research has found some teachers have named misleading and negative reporting of education as a factor in their decision to quit teaching.

Our new research has found some Australian parents share teachers’ views. Of the survey group of 268 teachers and 206 parents, 85% of teachers and 74% of parents considered news coverage of the Australian education system to be generally negative.

Half of the parents surveyed reported feeling demoralised by such reporting. For teachers, that figure increased to 81%.

Significantly, we also found positive news can be inspiring. Around 64% of both teachers and parents reported they feel inspired “quite a bit” or “a lot” when they encounter a positive news story about teachers, schools or the education system.

All of this points to a need for more balanced, contextualised and fair news coverage of schools and teachers.

While it is not the role of reporters to appease teachers, the evidence about the predominantly negative nature of education news and teachers’ concerns about superficial and inaccurate coverage should be taken into account. And it can just be a matter of shifting the angle.

Readers turned off by negative news

There are also sound commercial reasons for rethinking the approach to reporting education. In covering education, news editors are aiming to appeal to the high numbers of parents among their audiences.

Our research suggests parents are interested in education news. But they may be less likely to engage the more negative it is. We know from other research that the most common reason people avoid news is because it has a negative impact on mood.

So, if editors want to attract readers with education news, coverage that includes more positive elements could achieve more success.