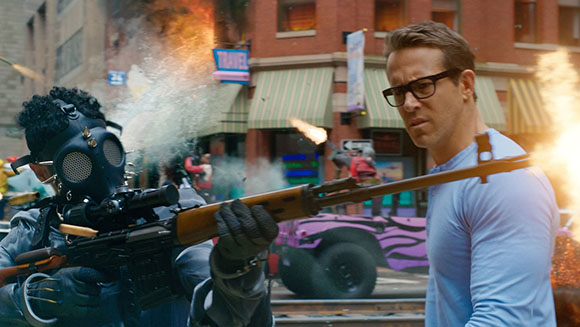 Have you ever wondered if you’re just a character in some elaborate simulation? You shake the thought off because you’re a real person, living a real life, in a concrete reality. But can you be certain that you are? Isn’t it at least possible that your body and that the world around you are nothing but illusions?

This is the conundrum that Guy, played by Ryan Reynolds, finds himself in the middle of in the film Free Guy. However, in this case he is, in fact, an NPC (non-player character) in an open-world computer game called Free City. He is a character in a simulation, and this realisation changes his “life” forever.

Many of us have wondered if we, like Guy, are just NPCs in some game. A sceptical hypothesis like this was first raised by the 17th-century French philosopher René Descartes. He didn’t imagine he might be an NPC, of course. He imagined that an evil demon might be deceiving him into thinking the world around him was real when it was not. But evil demons are considered a bit passé these days.

In 20th-century philosophy, the favoured alternative was to imagine that we might be brains in vats hooked up to electrodes being deceived by nefarious neuroscientists feeding our experiences into us via electrical impulses. This is (more or less) the basic premise of the film The Matrix. But now even brains in vats are old hat.

Contemporary philosophy instead asks us to imagine that we are living in a computer simulation and that our minds themselves are mere emulations that run on computer code. This hypothesis has been taken seriously by many philosophers and scientists, with some arguing that the hypothesis is not only possible but has a good chance of being true. So, the question of whether you are in a situation similar to Guy’s is a genuine one worth thinking over.

Do we have free will?

So if we are like Guy and living in a computer simulation, what becomes of our free will?

In the movie, Guy certainly feels like he has free will, but admits that his thoughts and behaviour is down to his programming. And there certainly seems to be something right about this. If our minds were nothing but a computer program running on a server somewhere, then it’s hard to see how we could have any real control over what we think and do. Everything would be determined by our programming.

Guy has no free will because his thoughts and actions are the result of electronic operations going on inside a computer that he has no control over. But, our thoughts and actions are the result of biological operations going on inside our brains, and we have no control over those either. So, it seems, whether we are in a computer simulation or the real world matters not. Either way, we lack free will.

There might be some hope for both Guy and us, however. Perhaps Guy’s programming and our neurology merely sets certain parameters within which free action is still somehow possible, as some (known as libertarians) think. Or perhaps free will consists in something other than being able to do otherwise than we do, as others (known as compatibilists) think.

Can computer programs be conscious?

A traditional view that was held by Descartes, and is still held by some contemporary philosophers (such as Richard Swinburne), is that consciousness does not spring forth from the operations of our biological brains at all. The mind is on this view entirely distinct from the brain, but the two nevertheless interact. So conscious thoughts occur in a spiritual mind and are then beamed across to the physical brain.

But if like me, you find such a view implausible and think that consciousness arises from the operations of biological material, then it seems one must admit that a genuine conscious mind could arise from the operations of non-biological materials too, like those a computer is made from. And if this is right, given the rapid increase in computing power that we are now seeing, and the development of artificial intelligence, the day when such a mind arises might not be far off.

The consequences of there being conscious computer minds are far-reaching. One such consequence is the question of the moral status of such minds, which is raised in Free Guy. If they can have desires and emotions, be happy or sad, and fall in love, all of which Guy does in the movie, then they certainly seem to warrant as much moral respect as human beings.

But then it would seem to be morally wrong to interfere with their lives, such as resetting their programming, which would be akin to murder. As such, it would seem that the legal frameworks that protect our rights would have to be extended to protect theirs too. How to do this is a complicated issue that philosophers and legal experts are only just beginning to tackle.

Author Bio: Benjamin Curtis is a Senior Lecturer in Philosophy and Ethics at Nottingham Trent University