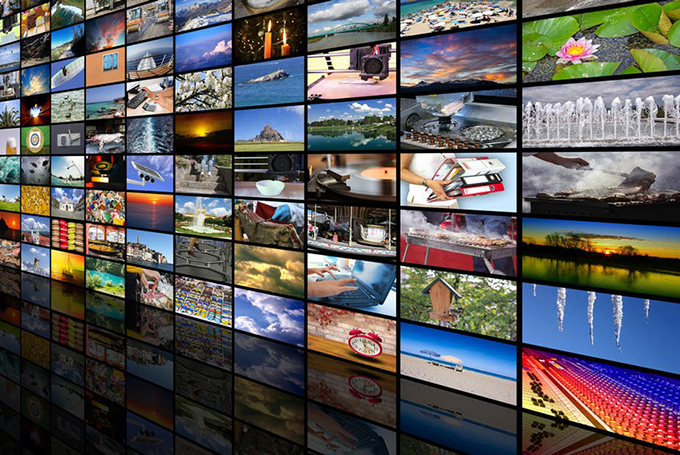 Involved in my youth as an animator and trainer in the lay movement of the Girl Scouts and Pathfinders of France (EEDF), based on a non-directive pedagogy, I discovered very early the values ​​of solidarity, openness and democracy.

At the age of 21, after three years of training at the Higher Regional Institute of Social Work (IRTS) in Nancy, I worked as a social worker in the Vosges. The job was to help people in difficulty in a region hit hard by unemployment, but also to participate in the implementation of local and national policies in a context of decentralization.

This field experience was of great human and intellectual wealth. Nevertheless, the question of the normalization and the social control, form of domination inherent to this function, made that I wished to leave this field.

After having taken a university course and passed the CAPET (Certificate of Proficiency in Teaching Technical Teaching), I taught high school health sciences and social, Nancy and Toulouse. The multidisciplinary approach of knowledge specific to this discipline and pedagogical approaches based on projects interested me a lot.

Thanks to the CNED – for which I wrote courses online – I approached the audiovisual sector by participating in television broadcasts broadcast through “video transmissions interactive” ( VTI ). In 1994, when the fifth channel was announced , I was thrilled by the idea that television could play a cultural and educational role in French society.

It is in this state of mind that I joined the team of Jean-Marie Cavada, director of La Cinquième (1994-1998). These years of construction of a new public channel were exciting.

Appointed program editor, I benefited from a great freedom in the writing of the emission concepts, while ensuring the follow-up of the stages of manufacture. Thus were born Qui vive or The magazine of healthpresented by Michel Cymes.

As part of this editorial responsibility, I had the pleasure of working very often with Michel Serres and taking part in the scientific council he chaired, bringing together recognized researchers from multiple backgrounds, such as Jacqueline de Romilly, Yves Coppens and René Rémond. , Albert Jacquard or Jean Delumeau. Very rich reflections on the place of sciences in society and on their relation to images were carried out within this body.

With Alain Brunet, IGEN (Inspector General of National Education), I was also involved in the teaching unit and led many meetings on media education with teachers and educational leaders in the territory. metropolitan area and in the ultra-marine territories.

From field to research

After these four years spent in the 5 th , now 5, I chose to return to teaching at the IUFM (University Institute of Teacher Training) of Lorraine to return to contact with students, future teachers.

With my experience on television, I felt the need to engage in research. Beyond the technical and commercial success of communication, it is to the question of meaning and therefore of the response to human and social needs over time that I wanted to be interested.

Knowing the professional environment, I became de facto a legitimate person. I thus established committed relations with the actors, who trusted me and gave me access to many archives. My interest fell on Jean d’Arcy , considered the founding father of French television (1952-1959), engaged in the 1960s on issues of freedom of expression.

Manuela d’Arcy, widow of J. d’Arcy, gave me a large collection of handwritten notes, correspondence and working documents from all of her career.

This research work, conducted as part of a DEA in CIS , published under the title Jean d’Arcy, an ambition for television was the lever of a more in-depth research , Jean d’Arcy: thought and strategist of French television .

In the continuity of the work of researchers in media history and CIS, including those of Guy Lochard on the need to think otherwise the history of television communication , my thesis proposed to question the thinking and logic of actors.

For G. Lochard, television communication obeys a number of structural and transhistorical laws present from the beginning of television. This leads to being attentive to the mirages of the “immediate history” to focus first and foremost on periods more distant in time.

It is this choice that I made while being interested in the thought of Jean d’Arcy, which required a multidisciplinary approach taking into account the coexistence of several levels of temporalities (political, institutional, technical, professional, communicative) between which it was necessary to identify certain links relating to forms of “configurations” characteristic at this time and to its socio-cultural context.

My research topics have evolved throughout these years at the University. It is a question of being guided by his questions, his interests, the chance of meetings, but also to participate in collective projects carried out within his research laboratory . This is how I wrote the biography of Jean-Christophe Averty , director on French television.

If this scientific work of a life story requires the bonds of trust necessary to incite a witness to tell itself, it presents an opportunity for multidisciplinary work that interests me. These actors’ testimonies contain normative judgments on which the researcher can not ignore, especially as they constitute research materials and are important for the memorial heritage .

Viewing the whole of Averty’s work, analyzing his personal archives, has been a considerable work that still remains to be explored. The recent seminars testify to the interest to question the early days of television .

Other research focuses on local television and territories. With Céline Ségur, a member like me of the Center for research on mediations (Crem), we investigated the expectations of TV audiences (ViaVosges) that attest to a cultural ambition for this local media.

In addition, I am also studying socially vivid issues (QSV) at school that base their social legitimacy by new teachings such as the path of citizenship or health. Thus, I question the way to transmit to children the essential values ​​of living together based on respect for the other , tolerance, listening, to teach them to question, to develop their critical sense .

These socially vivid issues are the subject of controversy: they mobilize representations, values, arguments, which must be known to decipher. From the point of view of the issues specific to the School, their particular nature calls for active teaching methods that question the place of the teacher, the mode of seeking information and its treatment, the construction of reasoning, the question of doubt, etc.

This is the challenge of research and training activities that explore the construction of responses adapted to these developments, particularly in the media field.

If the position of distancing is necessary for academic work, it does not presuppose the absence of commitment because the research activity is not independent of the social world. There is true knowledge only if its results are communicated and discussed. It is the characteristic of a democratic society.

For that, it is imperative to debate publicly, in order to popularize the research, what I do like other colleagues during scientific events (colloquiums, study days, Pint of Science ), via The Conversation or by my commitment within the UNIRES network . These interventions give us the opportunity to express ourselves on a subject and to have the pleasure of sharing our work.

The profession of teacher-researcher has many facets that are difficult to dissociate: scientific method, relational, pedagogy, curiosity … but also work, humility, patience and acceptance of doubt and uncertainty. So many aspects that invite reflection and open to otherness. I will repeat Michel Foucault’s comments  : “The first thing we should learn is that knowledge is deeply linked to pleasure. ”

Author Bio: Sylvie Pierre is a  Senior Lecturer in Information Science and Communication (SIC) at the University of Lorraine.