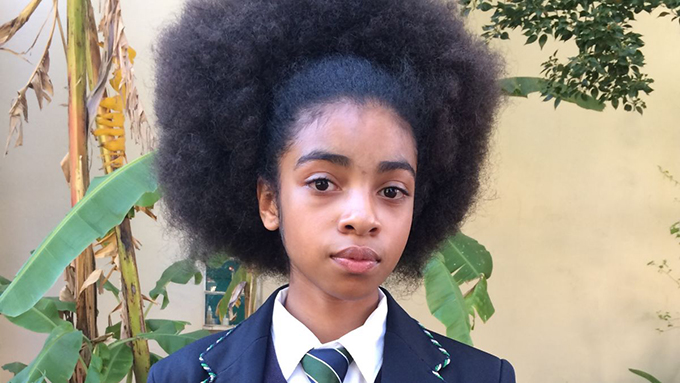 There has been much criticism of the report recently published by the UK government’s Commission on Ethnic and Racial Disparities, chaired by Tony Sewell. Pundits have deplored its denial of institutional racism in Britain. A recent act of student resistance highlights how flawed the report is, and how racism affects schooling.

In March, hundreds of pupils at the Pimlico Academy, a secondary school in west London, demonstrated against changes to the curriculum, the flying of the union jack outside the school and, crucially, discriminatory uniform policies. The protests began months earlier, in September 2020, when the school introduced new rules, banning colourful hijabs and hairstyles that “block the view of others”.

By not mentioning race, these regulations attempt to hide behind a thin veneer of neutrality. As the students have made clear, however, this does little to obscure how these uniform rules discriminate against Muslim students and Black students.

Discrimination against afro-textured hair is not limited to Pimlico Academy. Several high-profile cases in recent years have made the issue increasingly difficult to ignore.

In 2017, after starting at secondary school, Chikayzea Flanders was placed in isolation because his dreadlocks – symbolic of his Rastafarian culture and religion – were deemed to be in breach of the school’s uniform policy. He was threatened with exclusion unless he cut his hair. Around that same time, Ruby Williams was repeatedly being sent home because her afro hair too was deemed unacceptable.

These are just the cases that make the headlines. But, as the 2019 Hair Equality Report suggests, many more cases simply do not. This study, done in response to the UK government’s education inspection framework, saw the World Afro Day collective along with researchers from De Montfort University conduct a survey of 1,000 respondents. They found that one in four adults had had a “bad or very bad experience at school with their Afro-textured hair and identity”. One in six adults reported having had a bad or very bad experience. And of these children with bad experiences, 46% faced school policies penalising afro hair.

To understand the racial significance of these school uniform policies, it is necessary to recognise the symbolic nature of hair. Hair is not neutral. It is saturated with racial and cultural meaning. Which is to say hair is both a means through which culture is expressed and understood, and a way in which people are racialised. As the British art historian Kobena Mercer puts it in Black hair/style politics, hair is “the most visible stigma of blackness, second only to skin”.

In a context where explicit racial discrimination is illegal, as well as a transgression of our so-called post-racial sensibilities, school uniform policies are usually presented as race-neutral. They’re not about race or ethnicity, we’re told, but about appearing “smart”, “professional”, “disciplined” and “presentable”.

British criminologist Laura Connelly and I have argued, however, that, as with beauty standards (as shown by the work of the sociologist Shirley Anne Tate), these assumptions are underpinned by white supremacist logic that pathologises Black aesthetics. That is, by perceptions that hairstyles typically worn by Black people are not smart but unruly.

Such policies give rise to anti-black forms of social control – through discipline, including isolation and exclusion – that further entrench white supremacy. Black students are already subject to racially disproportionate disciplinary procedures in schools. This is most obvious in the disparities in school exclusions, with recent evidence finding that Black Caribbean students are excluded from schools at up to six times the rate of their white peers in some local authorities.

Buoyed by last summer’s Black Lives Matter protests, and having succeeded in forcing their school to amend its uniform policy, the Pimlico student protesters are part of a growing tide of youth-led anti-racist resistance.

In the Chikayzea Flanders case mentioned earlier, legal action initiated by his mother, and backed by the Equality and Human Rights Commission (EHRC), eventually led the school to accept that its “ban on dreadlocks resulted in indirect discrimination”. And although the board did not accept liability, Ruby Williams received a settlement after an EHRC-backed race discrimination case was raised by the family.

More widely, Emma Dabiri, author of Don’t Touch My Hair, has been campaigning for afro hair to be explicitly protected under the Equality Act. The Halo Collective meanwhile, founded by young Black organisers, has developed a charter for schools as a tool to end race-based hair discrimination.

The onus for resisting discriminatory school uniform policies has, to date, often been placed on students and their families, often only with localised implications. However, this recent campaigning sets its sights on embedding change across the education system – and beyond. This could and should come from an explicit national policy against hair-based discrimination in schools and workplaces. Instead of that, however, it is coming from students demanding a culture shift and making it untenable for schools to retain discriminatory policies.

The Sewell report may feel like a blow to those of us committed to anti-racism. Young protesters, however, remind us that our hopes lie not in the Conservative government, but in such grassroots organising.

While the Pimlico situation remains unresolved, with protesters summoned to disciplinary meetings and threatened with exclusions, it shows that it is schools, not young people, that must change.

Author Bio: Remi Joseph-Salisbury is Presidential Fellow in Ethnicity and Inequalities at the University of Manchester