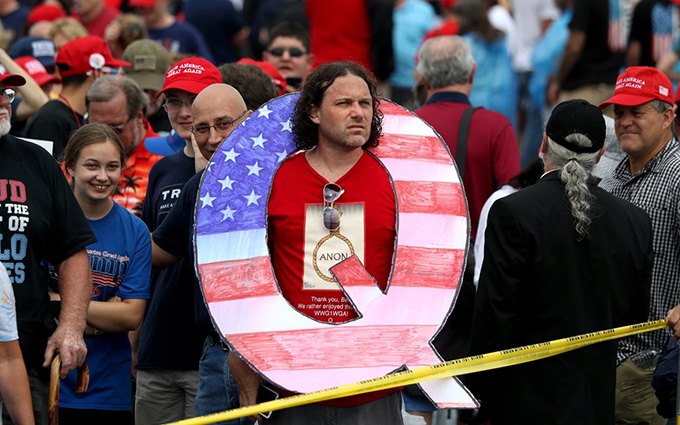 Democrats are killing and eating children. Vaccines contain Satan’s DNA. Canada has a new queen who is really an extraterrestrial with special powers.

It’s difficult for many people to understand how anyone could believe such wild conspiracy theories.

But in my view as a philosopher who studies the imagination, the key to understanding online conspiracy theorists is to understand how the line between fantasy and reality can become blurred.

Evidence suggests that many people don’t fully believe the wild conspiracy theories they seem to embrace. That explains why, when pressed, conspiracists often stop short of saying a theory is true. Instead, they say they’re “just asking questions” or that the theory could be true.

Why spend so much time engaging with a theory you don’t really believe? Why spend hours watching conspiracist YouTube videos, reading conspiracist blogs and posting on conspiracist message boards? We can better understand these behaviours if we adopt the hypothesis that many conspiracists are merely pretending and acting out fantasies.

Some support for this hypothesis comes from the fact that engagement with conspiracy theories is largely driven by how entertaining they are, not by how much evidence supports them. Online conspiracist communities are also full of self-proclaimed “live-action role players” who treat conspiracy theorizing as one big game of pretend.

It’s also fun to imagine that you’re special because you know things that few others do (just imagine overhearing a juicy secret or piece of gossip). Since many conspiracy theorists have strong desires to be special or unique, they’d be attracted to fantasizing about having secret knowledge that’s been hidden from the general public.

From fantasy to belief

Of course, it would be hasty to claim that this applies to all conspiracy theorists.

Some people carry out extreme actions in the name of conspiracy theories. This has included opening fire in a family restaurant while investigating the baseless so-called Pizzagate conspiracy, as well as attempting to arrest cops at the order of Canada’s “queen.” We don’t usually do such dangerous, reckless things during games of pretend.

Perhaps we can then better understand how people come to believe such theories by considering how fantasy and reality can become confused.

Usually, we don’t allow our fantasies and games of pretend to influence what we believe. But we also often use our imaginations to form new beliefs about the world: you can imagine what your own future will be like, or you might imagine the exterior of your house when trying to figure out how many windows it has.

Because what we imagine can feed into what we believe, there’s always a risk that we accidentally allow our fantasies to infect our beliefs.

For various reasons, conspiracy theorists are especially likely to make this sort of mistake.

For one thing, people are more likely to mistake fantasy for reality when they imagine vividly or in great detail. And groups of people imagining things together create especially vivid and detailed imaginings.

Since conspiracy theories are often invented by groups of people communally constructing a narrative, we should expect their imaginings to be vivid and detailed.

Conspiracy theorists also lack markers that ordinarily help us keep track of what’s real and what’s pretend. Consider an actor on stage or children having a pretend tea party. In those cases, the line between fiction and reality is clearly marked in the behaviours of everyone involved.

The actor can see the audience watching her and stops pretending once she leaves the stage. The children can see that their guests are dolls, and they refrain from taking real sips from their toy teacups.

People also probably endorse conspiracy theories in part to signal their political loyalties, which adds additional pressure not to reveal when one is faking it. When participating in online conspiracy communities, people are also surrounded by others under these same pressures.

So, conspiracy theorists don’t see many obvious markers of the fact that they’re merely acting out fantasies, neither in their own behaviours nor in the behaviours of those around them. This makes it easier to lose sight of what’s real and what’s pretend.

The imagination can be a tool for fantasizing and exploring fictional worlds. It can also be a tool for learning new things about reality.

When we let these uses get mixed up, we risk allowing fantasies to influence our beliefs. This seems to be the mistake made by many conspiracy theorists, who become so absorbed by their imaginations that they lose track of the line between fantasy and reality.

Author Bio: Daniel Munro is a Postdoctoral Fellow, Philosophy at the University of Toronto