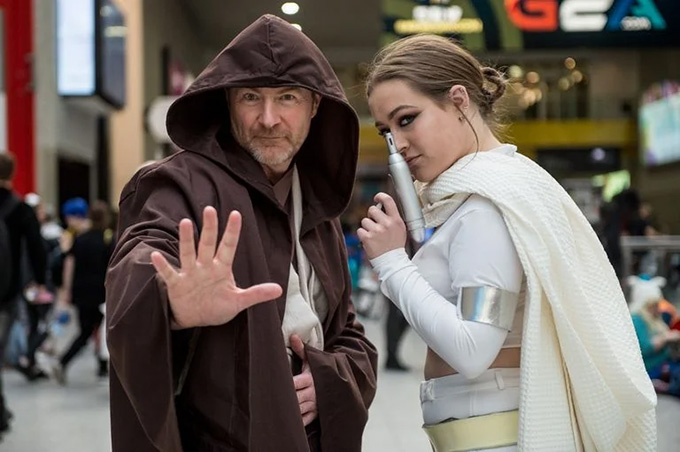 This article is based on a true story: becoming a Jedi Knight has improved the fitness and health of an experimental group of students. Specifically, those chosen for the Star Wars project: the first Jedi of the Faculty of Sports Sciences of the University of Granada .

The key to the project is to use fiction, in this case the attractive narrative of Star Wars , so that young people get involved in fulfilling a program thought and designed to show future teachers stimulating teaching methods and, along the way, improve their learning, fitness and health. If they didn’t comply with the training, they risked turning to the Dark Side of the Force.

The project has been one of the winners of the Educational Innovation award from SIMO Education .

Thus begins this groundbreaking chapter in the saga:

Master Guidoogway, a youthful friend of Master Yoda, had the mission of preparing a group of young Padawan to face the Dark Side in the educational galaxy. 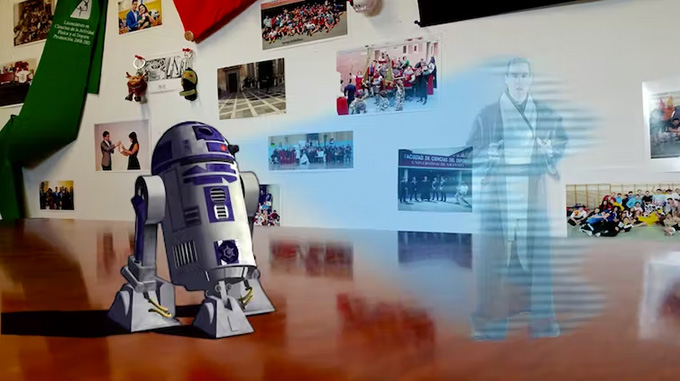 Training to be a Jedi Knight

The students had to insert a countdown timer into their mobile devices that subtracted time from their lives if they did not take advantage of the learning offered. If the counter reached 0, they had succumbed to the temptations of the Dark Side of Education. This would be a sign that principles such as comfort, conformism and laziness had been imposed on those of the Light Side: passion, commitment, creativity.

The timer was part of an application (designed ad hoc ) from which the entire project was managed. Through the application they had to show evidence of their potential and the mastery they had of the Force (of their learning). Thanks to her, they had a continuous and almost immediate response regarding their level of involvement in the project and the quality of their work.

Through the application, the Padawans managed regular activities in their day to day, such as:

A place for the padawan

The app had a “padawan” (player) section from which the most gamified part of the experience was managed. This section included the “Individual and Jedi Clan Classification” and the “Level” of each one based on the achievements and evidence that they had to show of their learning.

The experience points achieved –XP– allowed them to obtain different letters of privileges.

The “History” of all his movements during the adventure included his time income – when receiving feedback from a challenge, making interplanetary trips, etc. – and also expenses (as happened when buying challenges). 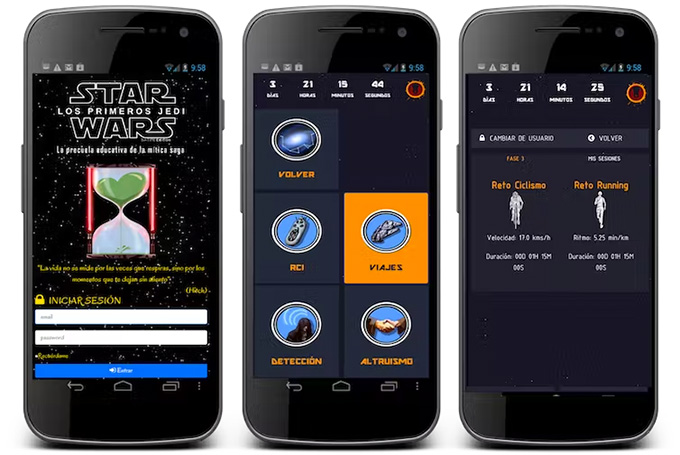 And they achieved health, better physical shape and involvement

The reason why such positive results were achieved with respect to BMI has been implication. Using the symbology of the Jedi Knights had enormous motivating power. The students lived in first person what they have previously enjoyed as spectators. Thus, his BMI increased. But not the one that worries many people about their weight, but the BMI that every teacher should have as a reference, that is, the involvement, motivation and commitment of students with respect to their health and learning.

This project is an example of what I call gamification , that is, taking advantage of the principles and main motivating elements of games in the adaptation of a film reference (television series or movie), to build memorable learning experiences for students.

The aforementioned results have not only been achieved in a timely manner, but, for example, this last variable, the cardiorespoiratory state, was improved in previous projects also based on different film references, as in the case of the Matrix rEFvolution project and $in Time .

In the purest style of Master Yoda:

You must never forget to play and dream.

Author Bio: Isaac Jose Perez Lopez is a Professor in Sports Sciences at the University of Granada