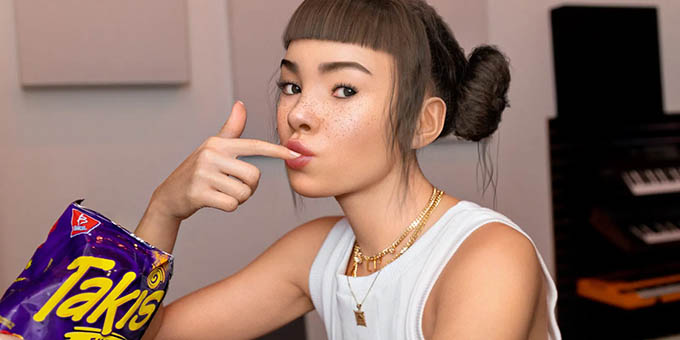 If some actors, singers, sportsmen, or presenters are considered safe bets in terms of influence and attract many brands, even international stars with a very good image can fall from their pedestal overnight. Influencers – in the broad sense of the term – are indeed regularly involved in all kinds of scandals .

This was the case of Will Smith after the slap he gave Chris Rock live during the Oscars. Sony, Netflix and Apple TV+ immediately canceled or delayed their projects with the actor whose popularity rating collapsed . Note, however, that Will Smith has not lost followers and that his Instagram account has even gone from 59 to 64 million subscribers since the incident.

Faced with the dangers related to the reputation and behavior of “real” influencers, virtual influencers appear to be an effective solution, as they accomplish similar missions without exposing them to the same risks. The phenomenon of virtual influencers is gaining more and more momentum and seems to be favored by certain companies. More reliable, less expensive, always available, virtual influencers are also incredibly popular and achieve remarkable performance with consumers. They allow brands to be more creative while fully controlling the content.

A virtual influencer is a digital character created using 3D graphic design, simulation and animation software . It therefore has no physical existence, although the virtual Barbie is an exception. The power of storytelling and serialization is used to influence via these fictional characters. Artificial intelligence allows them to simulate real life, personality and interactions that feel natural.

Virtual influencers are like series or manga heroes who fascinate their followers to whom they bring their adventures to life. They rely on the codes of Netflix, reality TV, and people magazines, all associated with a perfect mastery of social networks. You can watch their music videos or concerts, see them have breakfast before going to an event, or do fittings and fashion shows. Some enjoy extreme sports, video games, or travel.

The details of their imaginary life, very realistic in the long term, can generate a lasting attachment and identification . Humanoid virtual influencers whose life matches that of human mega-influencers and who master the codes of TikTok and Instagram appear believable and expert thanks to their anthropomorphism . They manage to create proximity and gain the trust of their subscribers.

The most famous virtual influencers

The vast majority of virtual influencers are young, human-looking influencers with whom it is possible to identify and create a socio-emotional attachment . They have tastes, values, and experiences nourished by the storytelling of their creators.

The most followed in the world is Lu do Magalu, the spokesperson for the Brazilian retail group Magalu, which has 1,477 physical stores Magazine Luiza. Since 2009, the muse has accumulated 24 million followers through the various social networks where she shares her lifestyle and her favorites. His YouTube videos of unboxing, practical advice or gaming have accumulated more than 300 million views, even if their audience remains limited in Brazil. Lu also appears on the e-commerce site, the online sales application and the marketplace where she “embodies” the customer relationship.

Imma Gram is considered the first virtual model. Created in 2018 in Japan, she has appeared on the covers of many fashion magazines and has worked for brands such as Dior, Valentino, Nike, Puma, Ikea and Amazon. Sought after by many artists and start-ups, it is a major player in virtual fashion , that is to say fashion that only exists in cyberspace. Imma is hyper-realistic because her highly detailed modeling in everyday life scenes makes her difficult to tell apart from a real person. She even has a family and a dog. The company that developed her – ModelingCafe Inc., which specializes in computer-generated images for video games and films – does everything to make people forget that she is a digital character.

Established in April 2016, Lil Miquela appeared on Instagram like any 19-year-old California influencer…but she’s not aging. Lil Miquela has an extremely realistic appearance and takes offense if it is said that she does not exist; she has a very outgoing personality and doesn’t hesitate to show her opinions.

This activist defends diversity in all its forms, campaigns for the rights of women and those of robots, fights against racism, discrimination and police violence, and encourages her followers to make donations for associations and to vote. She is a musical artist who has a social and sentimental life with either virtual or real influencers, and has participated in the communication campaigns of Prada and Calvin Klein .

Finding the balance between realism and strangeness

To be accepted by the consumer and create an emotional connection, virtual influencers are overwhelmingly anthropomorphic in their appearance, personality and behavior. The performances of 3D modeling and artificial intelligence make them difficult to identify as virtual. However, too high a degree of realism has a negative impact, according to roboticist Masahiro Mori’s strange valley theory  : too much resemblance of a robot, or here an artificial intelligence, with a human is embarrassing and even scary.

In the context of virtual influence, this feeling of rejection is totally counterproductive. Interaction with subscribers and potential consumers generates negative reactions that can turn into bad buzz . To counter this phenomenon, bio-digital influencers cultivate a certain ambiguity about their true nature, which gives them a mysterious aura.

If there can sometimes be a negative reaction of disgust, or even fear during the first interactions with a virtual influencer, this perception evolves positively with experience and regular exposure to these digital characters. The virtual influencer becomes reassuring for his subscribers as well as for advertisers because he is idealized and cannot fall into the same excesses as a human. The aesthetics of the influencer and the quality of the content they broadcast are extremely careful, in search of a form of perfection with a strong power of seduction .

Other virtual influencers differ from humans with an appearance closer to an anime or comic book character, such as Arvi the blue fox and FN Meka the robot rapper . However, even a character that does not look human will experience situations and have values ​​and references that are familiar to social media users and easily identify with. Seeing the virtual influencer perform daily activities, hang out at famous places, and interact with celebrities boosts their credibility.

A virtual influencer does not have the limitations associated with a physical existence. It can be active 24 hours a day, 7 days a week, to develop a parasocial relationship even more powerful than that maintained by the spectators of a series or a program with their favorite heroes or presenters. The collective intelligence of the group of people who manage the virtual influencer makes it authentic and accessible. The more or less realistic appearance of the influencer does not seem to have a significant impact on the quality of the relationship perceived as friendly and reciprocal , even if the feeling of identification is less strong.

The virtual influencer does not have mood swings, inappropriate comments or inappropriate behavior, unless programmed for. The kiss between Lil Miquela and model Bella Hadid for a Calvin Klein ad was heavily criticized by the LGBTQIA+ community, who saw it as purely commercial instrumentalization without any sincerity. The brand had to issue a press release to apologize .

Another advantage is that a virtual influencer can speak all languages ​​and adapt their influence style to the socio-cultural context. It is therefore possible and even desirable to have several versions or variations of an influencer, sometimes presented as friends or brothers and sisters, who interact with each other from one country to another.

Virtual influencers are particularly used in luxury, fashion, cosmetics, equipment and tourism. These sectors require a rigorous control of the image and are based on very specific codes. Noonoouri thus became the virtual face of Dior . Prada chose to create its own virtual ambassador, Candy , who appears in short films directed by Nicolas Winding Refn, known for directing the film Drive starring Ryan Gosling. Other more technological sectors such as telephony or the automobile are also consistent with the universe of virtual influencers such as the virtual ambassador Liv of Renault Kadjar .

Virtual influence gives companies that use it a modern and innovative dimension. It rejuvenates the brand image and is still very differentiating. While the metaverse war has begun between groups like Meta, Google, Apple, Amazon, Microsoft, Sony, Alibaba, Nvidia, or Ubisoft, the presence of brands in these virtual universes is crucial for their sustainability and development. Virtual influencers are one of the weapons that will allow them to conquer them.

Thanks to Chloé Brasile, student of the MS Corporate Communication at Neoma, whose Professional Thesis I directed on “The impacts of virtual influencers on consumers”.