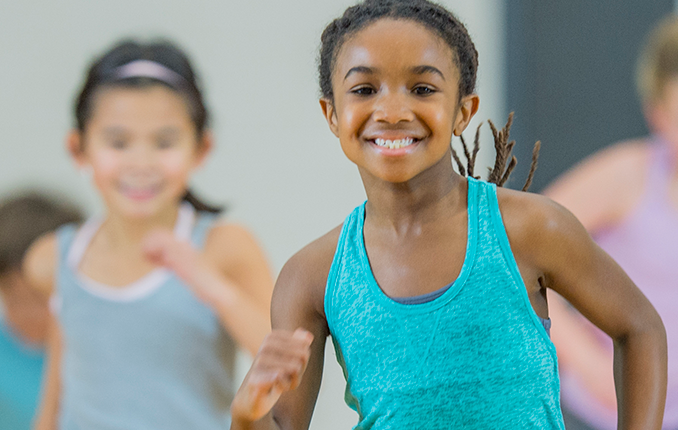 Our physical condition is responsible for our ability to carry out daily activities such as catching a bus that is about to leave, carrying shopping bags, climbing stairs or even taking a satisfying bike ride through nature. But do we know if our students are in shape and what does not being fit mean?

A recent study analyzed the physical condition of children and adolescents in the period between 1975 and 2015 . Their results showed a decrease in cardiorespiratory physical capacity, which is what allows resistance while exercising at a medium intensity.

Now, why is it important not to lose cardiorespiratory fitness? This can predict death from problems related to the heart and the cardiorespiratory system, as has been observed in a study published by the Canadian Society of Cardiology .

In addition, a group of Spanish researchers, led by Sports Science researcher Antonio García-Hermoso, published a study in the journal JAMA Pediatrics in which they observed that the level of cardiorespiratory fitness in young people is linked to the risk of developing obesity and cardiometabolic diseases in adult life.

Likewise, researchers from the University of Granada and international collaborators have shown that having a medium-high level of cardiorespiratory fitness , and also a medium-high level of muscular strength in adolescence , reduces the risk of dying prematurely, as well as of have chronic, severe and irreversible illnesses that entail disability pensions . And vice versa: the lower the level of cardiorespiratory fitness when you are young, the greater the risk of suffering from these diseases in adult life.

For all these reasons, many Physical Education teachers register the physical condition of their students, and some countries even have physical condition surveillance systems, as is the case of Slovenia, Portugal, Hungary, Finland, Serbia, France, Lithuania and , in Spain, Galicia .

In addition, the Global Matrix initiative carries out surveillance work on the physical condition of children and adolescents. Thanks to her, he was able to report on the situation in several countries in the report issued in 2018 . Even so, it is still rare for the general population to easily interpret the reference percentiles used to compare the fitness level of children and adolescents.

An ‘online’ platform to help understand the data

This situation has caused international experts, led by the University of Ljubljana (Slovenia), and in Spain represented by the PROFITH research group of the University of Granada , to come together to try to facilitate the interpretation of the level of physical fitness of children. and teenagers.

Within the Fitback project, funded by the European Union, we have created this online platform in which there are a large number of useful resources for the evaluation and interpretation of the level of physical fitness in young people.

The platform is free and is available in several languages, including Spanish.

Fitback has generated reference values ​​based on almost 8 million fitness data from young people between the ages of 6 and 19 in Europe. In addition, it allows to compare the physical condition with the European levels of the same age and sex. It is also possible to generate reports, both at the individual level and at the group level, and provide proposals to improve the physical condition of young people.

Another outstanding feature is that it groups the results into three zones based on the traffic light model:

Physical Education teachers (or other physical-sports educators who assess it in their youth groups) can upload an Excel template available on the platform and have it return an individualized report for each student. This is very useful to quickly see what state your students are in.

For those who wish to monitor physical condition at a more global level, they have a proposal on how to implement a physical condition surveillance system such as the one already developed in several European countries (Portugal, Slovenia, Finland, Hungary, etc).

Currently, Spain does not have a national physical condition monitoring and surveillance system, although some have been started at a regional level in Galicia and will soon be implemented in the Basque Country as well .

In the meantime, the FitBack platform can be used . In addition, they can access an interactive map that shows all the countries that have provided information and an analysis of each of the components of physical condition that have been analyzed. This report can be extracted divided by gender and based on different metrics (median percentile, percentage of fit children and percentage of unfit children).

Do you want to know what fitness level your students or children have? Access this platform and check it out.