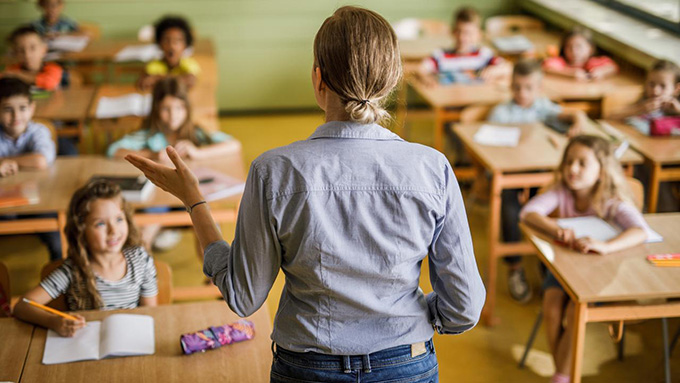 All year, we have heard reports of a “crisis” in Australian schools, thanks to a shortage of teachers around the country. Federal education department modelling shows there will be a high school teacher shortfall of about 4,000 by 2025.

In August, Education Minister Jason Clare and his state and territory colleagues met and agreed this was a huge problem. Their big, set-piece policy response is a new plan for the “national teacher workforce”.

A draft was released in November and late last week, we got the final version.

After all the talk and consultation – will it work? To use the language of a school report, the teacher shortage plan is a good effort and a positive start. But there are areas that need improvement.

Remind me, what’s in the plan?

The final plan, like the draft, identifies five priority areas to attract and retain high-quality teachers to the profession:

There were more than 650 submissions to the draft. Initially there were 28 recommendations or “actions”. The final version has 27, after one initial idea – a “teacher of the year” award – was scrapped based on teacher feedback.

The final plan still includes measures such as a national campaign to raise the status of teachers and A$30 million to reduce teachers’ workloads.

Bringing together diverse jurisdictions and sectors is an ongoing challenge for Australian education. But this plan involves governments, their bureaucracies and education authorities, employers, teachers, and unions.

This includes plans to streamline accreditation processes for teachers and reduce unnecessary administration (that weighs down their daily workloads).

Importantly, the plan has an inclusive and aspirational tone. It talks about “the work we will do together”. This is not always the case in the complex world of education policy-making in Australia.

We have a teacher shortage crisis – 10 years in the making.

It includes $328 million in additional funding from the Albanese Government to attract, train and retain more teachers 👇👇 pic.twitter.com/9tE5pXsJV3

Strategies to develop and support First Nations teachers are complemented by strategies to facilitate easier entrance to the profession for a range of equity groups, including those from culturally and linguistically diverse backgrounds, as well as for mid-career professionals.

A commitment to increase the number of permanent teachers and provide professional learning for casual teachers is also positive, given many of these teachers feel overstretched and emotionally exhausted by the uncertain nature of casualised teaching.

Importantly, the critical roles played by teaching assistants, teaching students and other support and administrative staff within schools is also acknowledged.

However, paradoxes and tensions remain. On the one hand, there is a clear commitment to reduce workload. But there is no nationally consistent view on what the workload issues are.

Meanwhile, several of the “key next steps” look likely to repackage, rather than reduce, some of the work. For example, action 13 seeks to “develop, monitor and evaluate reductions in teacher workload”, then requires “states and territories and non-government school authorities […] to report back to education ministers on actions they have taken”. It’s naive to imagine a new form of reporting will reduce teachers’ workloads.

There is also a danger politics will confuse the matter. A new tool to assess how new policies will impact teachers workloads is set to be developed as part of the next National School Reform Agreement, which ties federal, state, and territory funding mechanisms to lifting student learning outcomes.

While it’s a good idea to consider the impact new initiatives will have on workloads, combining this with complex issues of school funding arrangements risks becoming bogged down and overly politicised. The surprise announcement the next schools agreement will be delayed by another 12 months to December 2024 has only added to these concerns.

There is still more significant work to come. There is an ongoing review into teacher education, led by Sydney University Vice-Chancellor, Mark Scott. Until we see the findings in June 2023, we don’t have clear answers on how governments will strengthen teaching degrees.

A charitable view and a cynical one

The plan includes an extensive appendix of more than 200 initiatives already underway across all states and territories, and across all three sectors (government, Catholic, independent), to address teacher shortages.

A charitable view is this plan will complement and build on these, increasing the total effort and funds applied.

A cynical view is these initiatives aren’t yet having their desired impact, so planning to do even more of them may not be effective either.