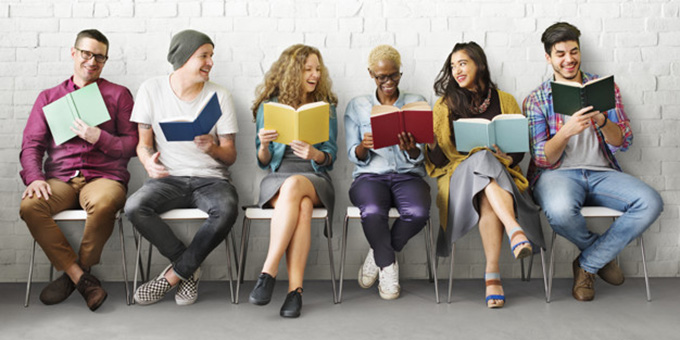 In the old days, getting into college was a big deal—you had to be a good student, have some solid extracurricular activities and generally pass an entrance exam as well as demonstrate you can write a decent “Why I Want To Go To College” essay.

When the Federal government decided to back student loans, giving them to every degree seeking student, it was hailed as a good thing, but a big mistake was made: the loans were for “tuition,” not for a set amount, so colleges could charge whatever they want. Eager to make ever more money, our leaders in higher ed raised tuition to whatever felt right, and “moar” always felt right.

It didn’t take long before our leaders realized that restricting admission was a problem: it was cutting into the loan money. Turning away even one student means a loss of $25,000 or more (today), and that’s basically a free car for the Dean. Turning away 16 such students because of poor grades, a poor essay, or any reason, really, and now you can’t get even hire a $400,000 a year diversity officer.

While this is old news, it’s queer how nobody has done the math here. A student coming into college at the 7th grade level, will, assuming he theoretically graduates in 4 years, will be at the 11th level…still not a (theoretical) high school graduate.

“We are spending billions of dollars trying to send students to college and maintain them there when, on average, they read at about the grade 6 or 7 level, according to Renaissance Learning’s latest report on what American students in grades 9-12 read, whether assigned or chosen,” said education expert Dr. Sandra Stotsky.

Even though it’s old news, I bring it up to mention just how deep the fraud is in higher education. Our college textbooks are not written at the 7th grade level…but our students read at the 7th grade level? How is nobody seeing the problem here? The conclusion is quite straightforward: the average student has essentially no chance of getting a legitimate college degree, at least in 4 years. He’ll need a few years to catch up (5?), and then he can handle the writing in the books.

We’ve known this for years, but nothing’s changed.

This is an unusual study. Most studies of this sort of thing find mathematics to lag behind more qualitative skills—usually because our students have little choice but to practice English regularly just in their daily communication (it’s not like they’ll learn it in school…). But here we have math at the 8th grade, and reading at the 7th. I guess you can quibble, but this is dismal.

Of course, the question still remains: how are these students making it in college?

There are two parts to the answer. The first part of the answer is “most don’t…” We talk quite a bit about how expensive a college degree is, but students are charged the same tuition whether they get a degree or not. Only about half of college students get a degree in 5 years…you can bet it’s the half that reads at better than the 7th grade level. We never seem to talk about all the dropouts, even though they represent a large percent of our citizens with unpayable debt.

The second part of the answer is “…and many get bogus degrees.” This is the part that we read about, all the students getting their utterly worthless degrees in Gender, Sexuality, Diversity, and a host of other fields that, bottom line, won’t generate revenue enough to pay off the student debt. We read about this often in the news, but do realize for every “college graduate with worthless degree and student loan debt” horror story, there’s another “college dropout with nothing and a massive student loan debt” who never makes the news.

While the endless personal health horrors sap my will to write, do keep in mind how trivial it is to see immense fraud in our higher education system, fraud that has been going on for years.

Fraud paid for by the student loan scam. End it.