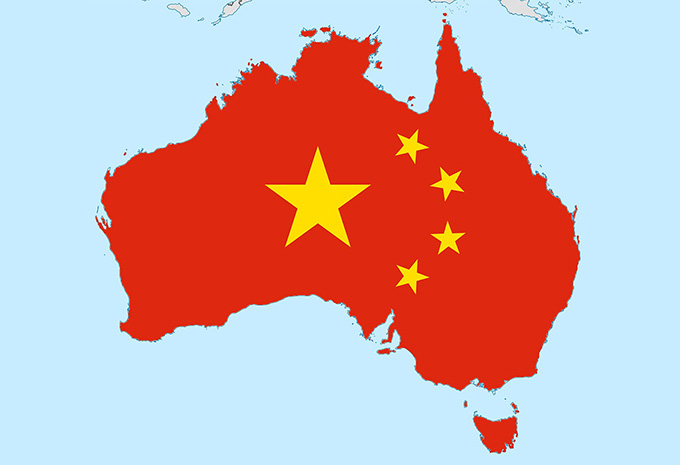 Chinese international students are a huge presence on Australian university campuses, and nowhere more so than at the University of Sydney. Their exact number is hard to pin down; the university is very proud that it draws students “from over 130 countries” but quite coy about the distribution of their nationalities. However, estimates suggest that Chinese students make up nearly one-quarter of Sydney’s student body.

The institution’s reticence is perhaps unsurprising at a time when Australia’s main public broadcaster is reporting on Chinese Communist Party (CCP) influence on campuses – not to mention the country’s parliament holding hearings into CCP infiltration of student organisations and its newspapers screaming that Australian sovereignty is “under threat” from CCP influence.

The publication in 2018 of Clive Hamilton‘s Silent Invasion: China’s Influence in Australia stoked the moral panic to fever pitch. It didn’t help that Hamilton’s original publisher, Allen & Unwin, apparently got cold feet because of fears of Chinese government retaliation; the book was picked up by boutique publisher Hardie Grant Books instead.

Among Hamilton’s warnings is the suggestion that Australian universities’ dependence on Chinese international student tuition fees threatens Western values, such as freedom and democracy. For example, some Chinese students hold jingoistically patriotic views and object when lecturers depict Taiwan as an independent country or reference the teaching of the Dalai Lama. Hamilton argues that Australian universities may self-censor to avoid offending such sensibilities.

At Sydney, warnings about Chinese students have focused on their engagement in student politics. Commentator Nick Cater of the centre-right thinktank the Menzies Research Centre singles out Chinese-born Jacky He, the newly elected president of the university’s Students’ Representative Council, for running on a “Panda Warriors” ticket pitched specifically at Chinese students.

But the reality is that He won by focusing on bread-and-butter student concerns. His campaign focused on reducing textbook costs, making the council’s expenditures “more transparent”, holding more events catering to international students and lobbying for international students to have access to the same reduced-price transit cards as local students.

The same is true of Weihong Liang, the Chinese doctoral student elected last June to lead the Sydney University Postgraduate Representative Association. Liang stood on a platform of prioritising spending on student needs, increasing services for master’s students, and recruiting new members to the association (membership is free but voluntary).

This focus on issues that directly affect students is a popular departure from the habit of Sydney student politicians to campaign on national and international issues, such as refugee policy and climate change. Not that the locals have taken the hint. Instead of responding to the Chinese challenge head-on, local politicos (both students and professionals) have turned instead to implying that Chinese student politicians are really front-running for the CCP.

It seems to have escaped everyone’s attention that there’s no good reason why a Chinese student politician in Australia shouldn’t be a member of the CCP. After all, these students aren’t running for Australian political office. Still, it’s bad optics, and the Chinese students themselves routinely deny the charge.

Their critics also object to their links to Sydney’s China Development Society, a student organisation set up in 2016 by Ye Xue, an international relations PhD student, and modelled on the society of the same name at the London School of Economics. Recognised as an official student society by the University of Sydney Union in 2017, the 600-member organisation is constitutionally non-political, but is accused by Cater of promoting “Beijing’s official interpretation of China, free from discussion of the three Ts: Taiwan, Tiananmen and Tibet”. Most of the current crop of successful Chinese student politicians got their first experience of community organising through volunteering with it.

The society’s major annual event is a forum, whose 2018 iteration featured an array of Australia-based academics (including myself) and attracted some 150 attendees. The forum’s critics might learn a thing or two by comparing it with the recent School Strike 4 Climate. When students take a Friday off school to protest climate change, with no penalty and the encouragement of their teachers, you might question how committed they really are. But when students give up a Saturday late in the semester, just when papers are coming due, to participate in discussions about the future of their country, you can be sure that they mean it.

The China Development Society gives Chinese students a space to engage in frank discussions that would likely be prohibited (or at least carefully stage-managed) in China itself. These students are gracious enough to conduct their discussions in English and invite the rest of us to participate.

The best way to learn democracy is to live it, and they are living it. It’s no wonder that the development society’s alumni are winning campus elections. One can only dream that some day they will be winning elections in China, too.

Author Bio: Salvatore Babones is an associate professor at the University of Sydney and the author of The New Authoritarianism: Trump, Populism, and the Tyranny of Experts.