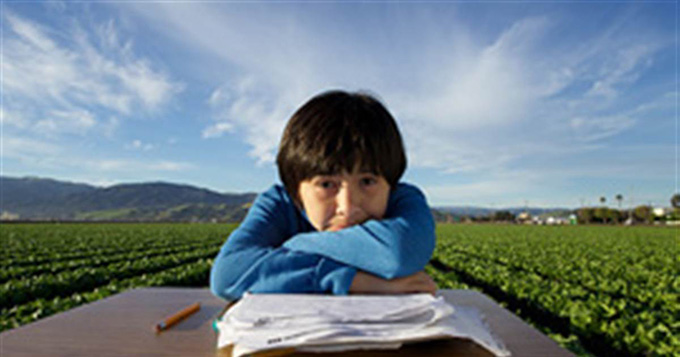 In the summer of his junior year, Luis Miguel was struggling to stay in high school. He and his family of four – who work various agricultural jobs from picking blueberries and cherries to pruning grapes and canning tomatoes – live in one of California’s 24 migrant family housing centers.

As a documentary filmmaker, I have been studying these housing centers and the rhythms of life for families who reside in them since I first arrived in a center in 2014 during fieldwork for an oral history project with former bracero farmworkers.

Tucked in the shadows of county jails and water treatment plants, these centers provide tile-floored apartments at subsidized rents to migratory farmworkers and their families during peak harvest season. The centers house as many as 1,890 farmworking families, mostly from Mexico.

Given California’s affordable housing shortage, these housing centers are a coveted option for farmworking families. Outside the housing centers, migrant farmworkers might reside in less-favorable conditions – sleeping in cars, garages, old motels or under tarps in the fields.

But while the centers resolve the affordable housing problem, they create another: second-class citizenship.

A 2016 survey of the housing centers noted that more than half the families residing in centers across the state – 1,037 families to be exact – have school-aged children, many of whom, like Luis Miguel’s sister, are natural-born U.S. citizens.

In late fall or early winter when harvest season ends, families must vacate their apartments and move at least 50 miles away for three to six months. The rationale behind this rule is to ensure that the housing serves families who are truly migratory.

Most families cannot afford unsubsidized housing in California and thus spend the off-season months in their Mexican hometowns. While in Mexico, the youth either miss school or attend inconsistently. “It all depends where the students live,” Migrant Education Program counselor Laura Aguayo says. “Some students don’t have a chance because they live too far away from a school. Others can’t go because the schools don’t take them in.” This is because they will only be enrolled for a couple of months before they return to the U.S., she says.

This means that each year, school-aged children living with their families in California’s migrant family housing centers, many of whom are U.S. citizens, miss between three to six months of schooling.

The summer of his junior year, Luis Miguel got so discouraged by the routine of moves and having to make up credits that he lost motivation and began to veer off the path to graduation. To help students like Luis Miguel make up credits, California has developed an online program called Cyber High.

But Cyber High has its own issues. “There are a lot of internet problems,” Aguayo explains. “All the schools in California are using Cyber High so the system slows down. Students can be taking a test and it kicks them out.”

The move also makes it hard for students to succeed in the kinds of extracurricular activities that can make students more attractive to colleges.

While in high school, Luis Miguel had joined cross-country to work with the coach, Rick Cuevas, who is himself Mexican-born and the child of a farmworker. Coach Cuevas understands the students better than almost anyone, calls them “mihija” or “mihijo,” Spanish terms for “my daughter” or “my son,” respectively.

“Running changed my life,” Luis Miguel says. “Before running, I never thought about my future. And now that I run, I take things more seriously.” But he ruminates on losing his conditioning. “I wanted to be the best, but moving makes it complicated because I can’t go to all the practices,” Luis Miguel adds. 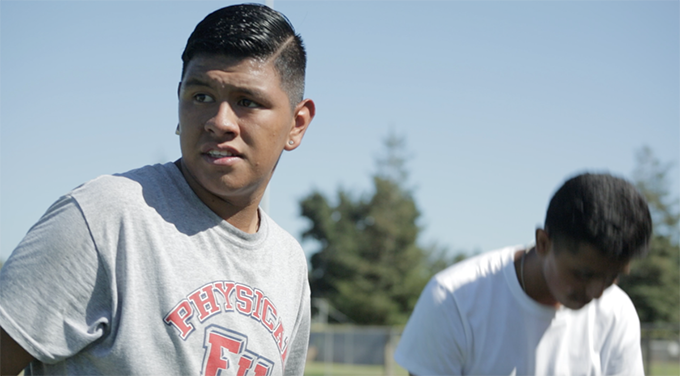 It’s not hard to see how missing a few months of school each year disadvantages students. The Modesto Bee reports 74% of migrant students “were not meeting English language standards and 80% were not up to par in math” in the 2016-17 academic year.

Parent interviews across migrant family housing centers also speak to the impact of the moves. For instance, in a 2014 survey of migrant farmworkers conducted at Buena Vista, Ochoa, Parlier and Williams migrant housing centers by the advocacy group Human Agenda, 91.4% of farmworkers answered “yes” to “Does the 50-mile rule affect your children’s education?”

“What gets farmworkers out of bed in the morning, six days a week at 5 a.m. to work in the fields for 10 hours a day is the dream that their children will have a better life,” Ann López of the Center for Farmworker Families says. “But the 50-mile regulation impedes that possibility.”

López is a leading member of Apoyo Campesino, a collective within Human Agenda comprised of researchers, lawyers and organizers who have for years advocated to end the 50-mile regulation.

This group’s efforts got the ear of the California legislature, and in June 2018, then-Gov. Jerry Brown signed a provision in the state budget exempting up to 50% of the farmworking families living in each center from the 50-mile regulation.

Under this new provision, families must still vacate their apartments each year and search for short-term affordable housing. But “immediate family members of the migratory agricultural worker” are exempted from the 50-mile rule. This means that Luis Miguel and his family will continue to be required to move out of the housing center annually, but he and his sister can stay within their school districts with one parent, while the other parent must live at least 50 miles away for three months.

Crafting a sense of belonging

In May 2018, driving Luis Miguel to graduation rehearsal, I asked him how he got out of that junior year funk. Without hesitation, he smiled and said, “Coach Cuevas.” 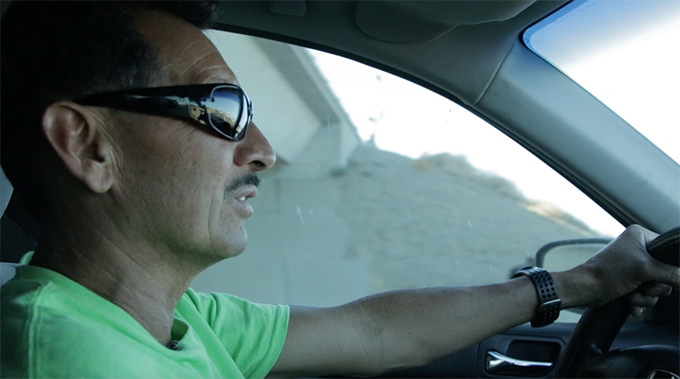 Luis Miguel now studies at Modesto Community College, though he’s had to stop running so he can focus on his studies. He continues to live at one of the housing centers with his family during the harvest season. This year, thanks to the new regulations, he and his sister are spending the off-season in an RV in the backyard of an extended family member.

Luis Miguel’s story demonstrates that despite their many challenges, some students living in these housing centers are graduating from high schools and even colleges.

Such successes can be made easier when housing authorities foster partnerships with local schools. The high school that Luis Miguel attended, East Union in Manteca Unified School District, for example, accommodates the migration schedules of students by offering an earlier final exam in December. According to the school, in the 2016-17 academic year, 100 percent of migrant students graduated. While such institutional supports have a positive impact, East Union President Raul Mora, who himself is Chicano, worries they might also send an unhealthy message to students that “they don’t quite fit the mold.”

For Mora, nurturing achievement among migrant students requires fostering a sense of belonging. Since starting as principal at East Union in 2015, Mora has placed at least one Spanish-speaking administrator in each of the school’s three main offices. “It’s about creating a belief system and a culture,” Mora says. “It’s making sure that when the students come back and see our registrar, that she welcomes them in their language.”

Despite these efforts at cultural sensitivity and holistic education, students in migratory conditions are still called “camp kids” or terms even more derogatory by their peers – potentially fueling the belief that they don’t belong.

But inside a two-bedroom apartment at the migrant family housing center, Luis Miguel and two friends craft their own sense of belonging. Together, they formed a hip-hop trio, 95231 Productions.

The group reflects on their experiences growing up as the children of farmworking parents, their struggles against racism, and their work to craft an identity that reflects their heritage. In a page in his lyrics notebook, the front cover adorned with a colorful calavera, Luis Miguel writes: “Soy de piel moreno. Orgulloso Mexicano, y brown pride de corazon, y en el corazon llevo al inmigrante trabajador” – “I am Brown, proud Mexicano, brown pride of the heart, and in my heart I carry the immigrant laborer.”