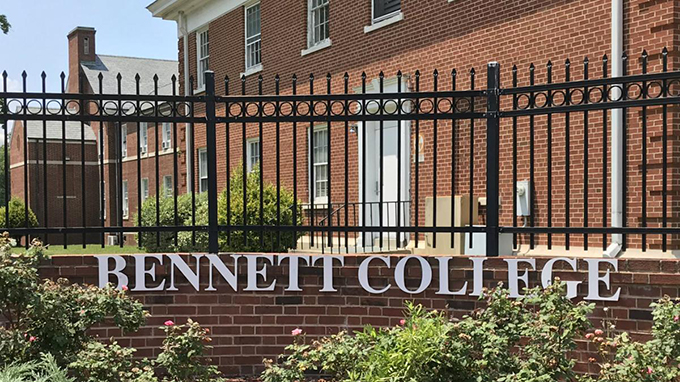 Accreditation is mostly a slam dunk, and once you have it, the student loan scam provides such an abundance of funds that you generally keep it.

Bennett College is what’s known as an HBCU (historically black college or university), and a particularly special one, since, “historically,” it only caters to females, the first of its kind when it became such in 1926 (though the school itself dates back to 1878). It is funny that we have to use the word “historically” when discussing this and similar schools; I doubt I’ll ever see a school try to push being “historically” white male, though many schools would honestly fit that description. I’m not advocating this should happen, mind you…but I think I catch a whiff of hypocrisy here.

Anyway, the school is running out of money. The accreditor has been very kind to give them 2 years’ probation. To put this in context, this same accreditor, in response to UNC’s 20 year scheme of academic fraud which they demonstrably worked to cover up, got a 1 year probation; the takeaway here is clear, that the accreditor cares much less for education than money.

To their credit, the school has improved their finances:

Bennett plans to reach out to donors in an attempt to improve its financial picture before the February hearing. Donors have already given generously, allowing the college to beat a $4 million fund-raising target set last year with $4.2 million in gifts and pledges.

The college’s operating results had improved as well, with leaders reporting a surplus of $461,000 last year after a $1.1 million deficit for 2016-17.

Wow, a surplus of $461,000, not bad for a small school, but not enough. That’s a tiny pittance by most university standards. I find it fascinating that our Poo-Bahs bleat and bleat about how important diversity is, how necessary it is to support females in all ways…and yet none of those Poo-Bahs has seen fit to simply shower this school with money. If your typical large school has half a billion to pay in settlements for covering up yet another major sex crime conspiracy (note: not linking to Penn State), or can siphon over $175 million without anyone noticing any budgetary problems, then most any Poo-Bah could casually bail this school out without even cutting into administrative bonuses.

Well, if any Poo-Bah believed the words coming out of his mouth this would happen.

But, that’s not going to happen, and so the school is on the chopping block for total annihilation. I feel the need to emphasize, while most people think accreditation legitimizes the education at a school, such thoughts are rubbish. It’s about the money, and nothing else:

The college, which has undertaken significant cost-cutting and fund-raising efforts in an attempt to shore up its financial position, is appealing the decision. Its president, Phyllis Worthy Dawkins, told the News & Record she plans to make the college’s case at a Feb. 18 hearing.

I sure wish her luck, but if she really wants that school to survive, she should bring checks to the accreditors. It’s all that matters.