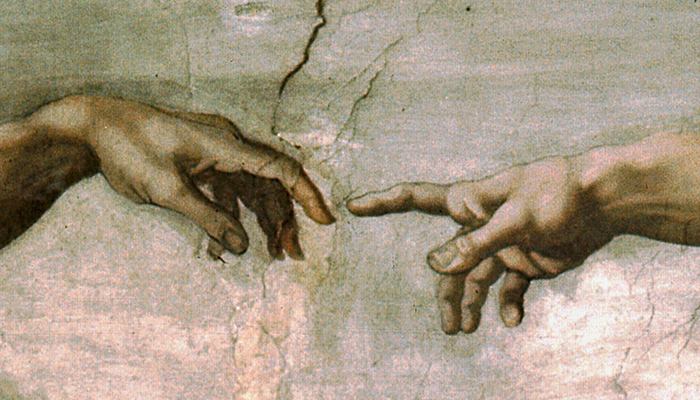 “Do you teach creationism?”

I was used to hearing this sort of enquiry from ignorant or prejudiced interlocutors troubled by my academic affiliation. Now it was coming from a renowned, cosmopolitan Iranian writer, whom I met at a literary festival. I almost exploded with anger. “Can this woman,” I thought, “really suppose that I would teach drivel, or associate myself with an institution that endorses creationism?” All I said, however, was: “Of course not. Notre Dame is a Catholic university, not some weird fundamentalist coven.”

My questioner apologised handsomely. But she seemed puzzled. I transferred my anger to the secularist propaganda that misrepresents the religion of the University of Notre Dame as indistinguishable from forms of fanaticism that are as distasteful to most Catholics as to other open-minded people.

In part, the fault lies with soi-disant Christians who give every Christian tradition a bad name by inexcusably affected myopia: blind to the truth of evolution, to the reasonableness of deistic, agnostic and atheistic starting points for trying to understand the cosmos, and even, in extreme cases, to the reality of the physical universe. In the US, there are so-called universities that exclude from the curriculum anything that their leaders do not see – usually with a selective or refractive eye – in the Bible.

The institutions of learning of the Catholic Church, by contrast, deploy reason to explore metaphysics, and science to understand nature. Catholics do not treat the Bible as the last word on anything. At Notre Dame, we think truthfulness is an ineluctable obligation for academics. If it leads us to recommend reformulations of Catholic teaching, or to seek to realign doctrine with shifting scholarly and scientific paradigms, we do not hesitate. As the late Father Ted Hesburgh, the university’s legendary president, used to joke: “We’re here to do the Church’s thinking.” To adapt another of his famous sayings, if there seems to be a conflict between science and Catholicism, there’s something wrong with the science, or the Catholicism, or both. By the standards of any university, freedom of enquiry is broad at Notre Dame because, on the one hand, we want to demonstrate to the world the liberty that Catholicism confers, while, on the other, we are unrestrained by any secular dogmas of political correctness.

Yet the delusion persists that we must be mired in dogmas of our own or embarked on some arcane, tendentious agenda. The effects include irritants, such as the conversation I was obliged to have with the Iranian writer, and evils, such as the disdain and even hatred with which we sometimes have to contend. I am happy to be hated, if hating me gives others pleasure. Indeed, I regard it as an obligation of charity to indulge the haters.

A recent controversy, however, shows that the dangers go deeper.

One of my colleagues, a professor in our law school, which is well known for emphasising ethics in legal practice and justice in legal processes, was nominated to be a judge in the US Court of Appeals. By acclamation among students and professors, Amy Barrett is a person of exemplary character, profound learning and sound judgement. Everything she teaches about the obligations of Catholics in the law shows that she would be a fair judge.

“Judges”, she observed in a famous article, “cannot – nor should they try to – align our legal system with the Church’s teaching.” She has said that those whose personal moral or religious convictions conflict with law – in, for instance, a capital case before a judge convinced of the inviolability of a convict’s life – should recuse themselves. She explicitly rules out trying “to manipulate the law…to save lives”.

“A judge”, she said, “may never subvert the law or twist it in any way to match the judge’s personal convictions.” Catholic judges, Barrett writes, should not tamper with the law but rather “conform their own behaviour to the Church’s standards”. Yet secularist and fundamentalist US senators, interrogating Barrett about her suitability for the bench, recently treated her as if they thought her asseverations were mendacious casuistry. “Dogma”, Senator Dianne Feinstein taunted her, “lives loudly within you…You have a long history of believing that your religious views should prevail.” In a press release, the senator questioned whether “a judge heedful of ecclesiastical pronouncements” was capable of “impartial justice”.

Obviously, although any genuinely religious person will try to live in accord with relevant precepts, Barrett’s assurances that she will adhere scrupulously to legal precedents are unambiguous. Senators, though, continued to read Barrett’s declarations as if she meant the opposite of what she said. Perhaps exponents of fake news lose their ability to discriminate between truth and falsehood. However, despite the nasty interrogation, the Senate in full session eventually ratified Barrett’s appointment.

Has she said or done anything to invite obloquy or ignite bigotry? She exhorts every Catholic student to keep in mind “that your fundamental purpose in life is not to be a lawyer, but to know, love, and serve God”. Reject these heroically high standards if you like; but to treat them as disqualifying Catholics from office, or to suppose that Catholicism is an impediment to academic or professional excellence, is to surrender to prejudice and to license religious discrimination.

Author Bio: Felipe Fernández-Armesto is William P. Reynolds professor of history at the University of Notre Dame in the US.