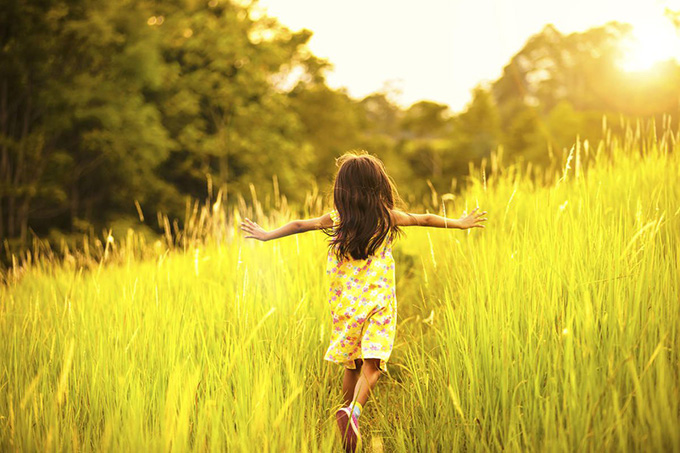 The perimeter of freedom left to children to move around and play alone around their homes has narrowed markedly over the past fifty years, in large part because their parents are worried about their safety, especially in the city . Recently, the Covid-19 pandemic has further reduced their activities in autonomy.

As a doctoral student in psychology , I looked at the factors that disrupt the orientation skills of people in space, that is, the way they understand their situation and the characteristics of their environment. I also wondered if childhood experiences explained the differences observed in the way men and women find their way around and the anguish mostly felt by women when trying to find their way around unknown places.

The results of my work suggest that children who are allowed to travel alone further from their home are likely to become adults who are more confident in finding their way around in space than others.

When a person visualizes their neighborhood, takes a shortcut to work, or discovers an unfamiliar city, they are using spatial navigation, commonly known as the sense of direction .

This sense of direction is an essential component of intelligence as well as a survival tool for any individual or animal that needs to move to find food, shelter or companionship.

But the way people find their way around their environment varies from individual to individual. Some will thus take road markers, such as signs or buildings. Others orient themselves using natural signals, the cardinal points or the sun.

Most combine the two . However, those who rely primarily on road markers for direction are slower and less efficient , perhaps because these signals are less reliable than cardinal points. The display panel indicating the exit to take on the highway may thus have been moved while the north remains the same, regardless of where you are.

Just because a person is sticking to a particular route does not mean that they are unable to take a shortcut . However, those who find it difficult to deviate from their usual route will tend to feel uncomfortable or stressed when they are lost.

In a scientific study published in March 2020, my research team subjected 159 undergraduates at a large public university in Miami to a series of questionnaires about their career experiences as children, how they navigate today. ‘hui, and the links between this activity and their anxiety.

Participants indicated how often and how far they were allowed to go out on their own or with friends when they were between 6 and 15 years old. They were also questioned on their current strategies for orienting themselves in space and on the anguish they experience in the face of a new environment.

We found that it was more the distance they walked unsupervised rather than how often they did so that determined their preferred orientation mode, as well as their level of anxiety as an adult forced to navigate. alone. Adults who were allowed to walk long distances alone as children have less need for landmarks for orientation and are less worried about having to do so.

Whatever the culture, boys have more guidance experiences than girls. They are more free to move away from home, whether it is to do chores or play with friends.

Likewise, in our survey, men said they were allowed to go out more often and later in their childhood.

In fact, this gap in distance traveled by children is reflected in the two major differences that we have seen in adults. It explains at least part of the reason why, in the study, men use road markers less and are more relaxed than women when it comes to orienting themselves.

We are surrounded by landmarks that are very useful when we need to quickly identify where we are, or the path we should take. But leaving children free to move around on their own – when it’s safe – will make it easier for them to find their way around unfamiliar surroundings and give them confidence when traveling alone.