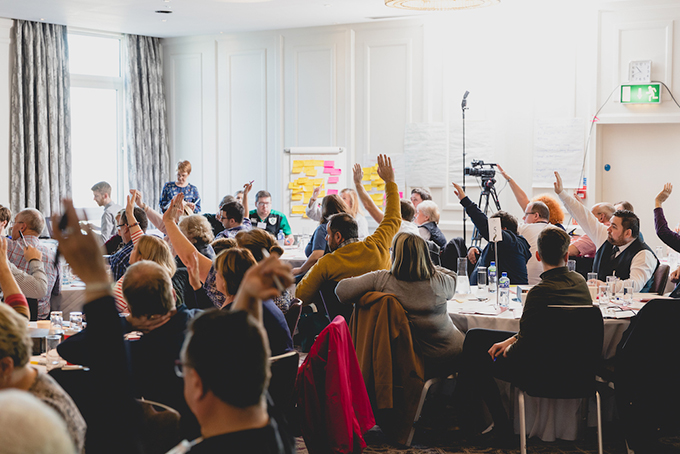 There are a wide range of ways to create decision-making bodies in democratic societies. Elections are one of the most common, with individuals stepping forward and seeking public support. If elected by their fellow citizens, they then take action on their behalf. This is known as representative democracy. An alternative form is direct democracy, which involves all citizens voting on proposed government policies or legislation.
af Another form that’s growing in popularity are citizens’ assemblies – decision-making bodies created by random selection. While less widespread, they’re creating a sense of optimism about democracy among those who have heard about or taken part in them, as well as organisations such as the OECD. Randomisation – also known as sortition – holds out the possibility that everyone can have an equal chance of being selected; politically, it offers the hope of consensus because partisan engagements are not a prerequisite for participation. Randomisation also promises an assembly where diversity of experience and opinions promotes critical reflection and reasoned judgement, as with criminal juries.

Citizens’ assemblies can be asked to weigh in on major challenges to society – for example, France’s Convention for the Climate and the UK’s Climate Assembly, both held from 2019-2020, brought together hundreds of people together and asked them define measures that will allow to reduce greenhouse gas emissions in an equitable manner. Other such bodies included the Citizens’ Assembly on Brexit (2017) and Germany’s Citizens’ Assembly on Democracy. Ireland even has a standing Citizens’ Assembly, established in 2016.

Reflecting society as a whole

Creating a citizens’ assembly that truly reflects society as a whole isn’t so simple, however. In particular, only a very small percentage of those invited to participate actually agree to do so. According to a 2017 study published European Journal of Political Research, the precise percentage depends on how large, complex and time-consuming the process is likely to be. It ranges from 4% for larger, more onerous assemblies to 30% in a couple of exceptional cases, and averaging out at 15% across all countries and all forms of assembly. As a consequence, the formal equality of opportunity that unweighted lotteries promise tends to result in assemblies skewed to the socially advantaged, the partisan, and those most confident in their practical and cognitive abilities, whatever the reality.

To create an assembly that is more descriptively representative of the population – or one that looks more like us – several approaches are used. One is to have an initial phase of unweighted selection followed by a second phase that uses weighted lotteries. Another is to use stratified sampling or forms of stratification from the beginning.

For the Climate Assembly UK, organisers sent out 20% of its 30,000 letters of invitation to people randomly selected from the lowest-income postcodes, and then used random stratified sampling by computer to select 110 participants from all the people who were over 16 and free on the relevant dates.

Because citizen assemblies are very small compared to the population as a whole – France’s Convention for the Climate was made up of just 150 people – the descriptively representative character of the assembly can occur on only a few dimensions. Organisers must therefore decide what population characteristics the assembly should embody and in what proportion. Randomisation thus does not preclude difficult moral, political and scientific choices about the assembly to be constructed, any more than it precludes voluntariness or self-selection. 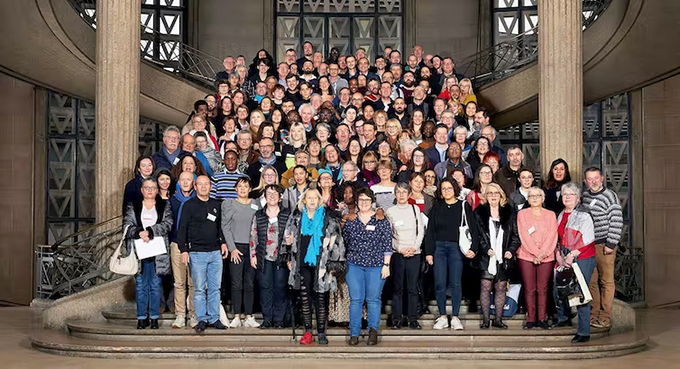 The Convention for the Climate was made up of 150 French citizens from all walks of life. Katrin Baumann/CCC

The use of weighted lotteries means that individuals will not have a formally equal chance to be selected to it – nor, of course, a substantively equal one. Assemblies created by stratified random selection offer a much wider set of opportunities to serve than is typical of other deliberative bodies. It is thus important to remember that even when a randomly selected assembly “looks like us”, everyone will not have had the same chance to be selected to it, nor to take up the invitation if they want to.

The most egalitarian element of citizen assemblies, then, may lie in their commitment to deliberative equality among participants, rather than in the social profiles of their members. That commitment means that organisers ensure that all members get to share the same high-quality, impartial information. Otherwise, it would be difficult for assembly members who have limited knowledge about the topic of deliberation to discuss as equals with those who are already well informed (or convinced that they are).

Assemblies also use facilitators to ensure that all members feel free to contribute, that some don’t dominate the discussion or intimidate others, intentionally or otherwise. The importance of facilitation to good deliberation is brought out by the experience of one facilitator, who stated “In every single citizens’ jury we have done, we’ve been thrown out – and asked back in.” 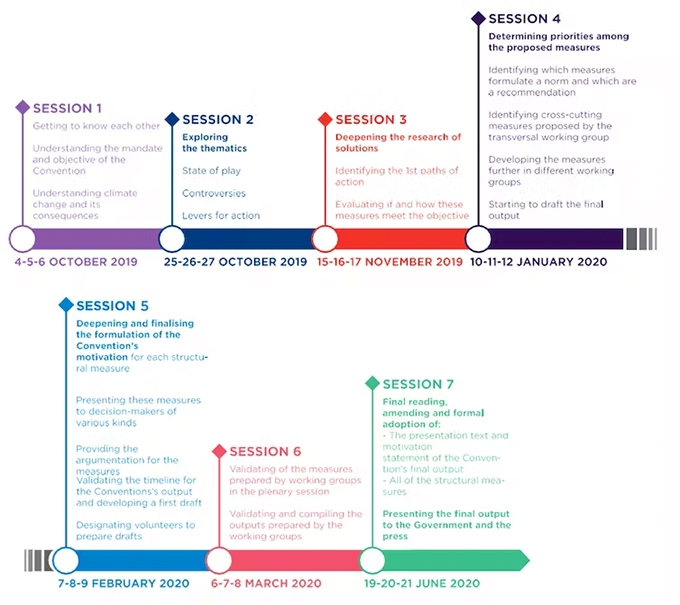 While the importance of having equality among participants and between organisers, experts and participants should not be underestimated, democratic equality does not require that deliberative bodies be composed of social groups in proportion to their share of the population.

Giving the disadvantaged a real voice

As a consequence, political philosophers who are concerned with the adequate representation of disadvantaged social groups often suppose that what we should be aiming for sufficient representation to ensure that their voices, opinions and internal differences are taken seriously in public assemblies, rather than representation in proportion to population. As Anne Phillips puts it:
“The underlying preoccupation is not with pictorial adequacy – does the legislature match up to the people? – but with those particularly urgent instances of political exclusion which a ‘fairer’ system of representation seeks to resolve.”
For example, the over-representation is likely to be important for groups such as the homeless, the very poor, those with limited education, or those who suffer from chronic illness. They may be relatively small compared to the total population, but they also suffer from severe disadvantages that make it difficult to participate in public deliberations, and to be heard and respected as the equal of others. For them, adequate representation will likely require membership that is much greater than their share of the population.

In short, such groups are likely to suffer from “cultural imperialism”, as Iris Marion Young called it. This means that the creation of an assembly that “looks right” is insufficient. Instead, forms of assembly created specifically to maximise their opportunities to be heard may be necessary, even at the cost of underrepresenting members from more advantaged groups, such as university-educated middle-aged men, whose perspectives are likely to figure disproportionately in public discussion.

Consensus, but not at any price

It may also be desirable to rethink the practice of having a single report with policy recommendations, rather than allowing for separate majority and minority reports. Pressure to reach consensus can impede deliberation, as seems to have happened with France’s Convention for the Climate, and reinforce social and political inequalities. Understanding why citizens disagree when faced with the same evidence and arguments is, itself, a contribution to public knowledge and reflection.

Seeking consensus is important, because citizens need to know what they can agree on in matters of public policy. But deliberators may have important disagreements to air publicly, and these should not be a source of shame or embarrassment, nor seen as a threat to the success of an assembly, rather than as evidence of the complexity of the issues with which it grappled. In short, while trained moderators are essential to citizen assemblies – and might profitably be used in many other deliberative fora – securing the inclusion and diversity that make citizen assemblies so appealing, requires confronting cultural imperialism more explicitly in future.