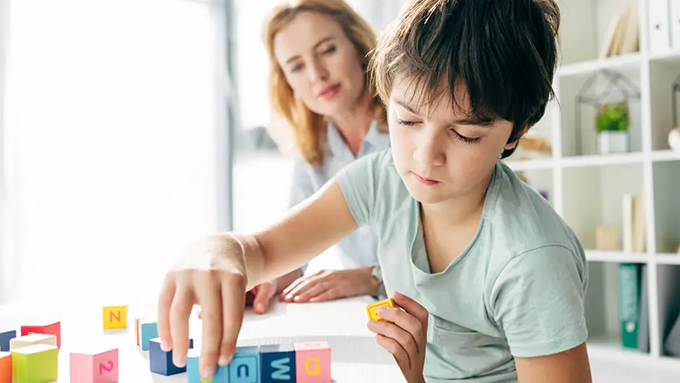 On January 2, 2022, television host and producer Cyril Hanouna sparked a controversy on the social network Twitter by announcing his participation in the production of a feature film entitled Les SEGPA . Remember that the acronym SEGPA stands for Adapted General and Professional Education Section and designates classes welcoming pupils with serious learning difficulties.

The host presented in passing the trailer for the film and the date of its release in the cinema. Many were the reactions online, mainly from adapted education professionals , teachers’ unions , parents of students and a quarter of academics . Subject of these reactions: the multiple sequences of the trailer considered humiliating and stigmatizing for young people among the most fragile of the school institution

Simultaneously, an online petition signed to date by more than 110,000 people (and in particular relayed by a deputy of the majority ) demanded from January 5 the modification of the title of this film. Some media relayed the information, going so far as to solicit testimonies from former SEGPA students on their school resilience journeys .

In fact, the General and Adapted Vocational Education Sections welcome students to the college who cannot, because of low literacy, join sixth, fifth, fourth or third classical classes. Suffering from cognitive disorders of various origins, these young people can thus benefit from adapted teaching, and devices facilitating learning, for example the reduction of class sizes.

Beyond the controversy, it is important to understand how the actors of adapted education may have felt outraged by the announcement of this film. But it is also a question of recalling the essential principles and educational practices that make SEGPA an exceptional offer of inclusive pre-vocational training in the current context marked by structural school segregation .

Going back to Cyril Hanouna’s tweet, if the vast majority of online reactions were hostile to the film, we can note that quite a few of them questioned the recent success of the eponymous YouTube series . Broadcast since 2016, it now has more than 21 million views for some episodes . However, the trailer for the feature film mobilizes the same narrative codes as the series. Largely inspired by the so-called cyberculture of LOL ( Laughing Out Loud ), these codes are based on a caricatural and outrageous simplification of both school failure and the population supposed to embody it.

From this point of view, it does not appear unreasonable to hypothesize that the host’s tweet does not have the same communication status as the prior teaser of the YouTube series. Everything is different there: the advertiser (Cyril Hanouna), the media environment solicited (Twitter) and the message itself (a feature film, potentially benefiting from aid from public bodies, such as the CNC).

In other words, the “beast and mean” YouTube series suddenly turned into a theatrically distributed cinematic object, publicly announced by a dominant media figure who, according to researcher Claire Sécail , had also recently politicized his entertainment talk shows on the C8 channel. , owned by Vincent Bolloré.

What matters then is perhaps not so much the outrageously stigmatizing dimension of an object of juvenile entertainment, but rather the way in which – thus mediated by a French television star – it ultimately prolongs a pre-existing social practice of socio- educational discrimination. .

Beyond the expected denunciations, what emerges from this online epiphenomenon is an exceptional visibility of the principles and practices of the SEGPA, as a sector of school remediation and pre-professional inclusion of which we will recall some benchmarks here.

In France, the recent history of adapted education merges with that – older – of specialized education, which from the end of the 19th century aspired to the school inclusion of audiences far removed from the expectations of the institution.

Within the laws of 1882, particularly relating to compulsory schooling, an article provided for the need for “special” schooling for blind and deaf-mute children . It was not until the mid-1960s that students with “mild intellectual disabilities” were recognized and Specialized Education Sections (SES) were created. These became the Adapted General and Professional Education Sections (SEGPA) in 1996.

In theory, the SEGPA is integrated into the Unique College of the Haby law of 1975, which recognizes in particular “the access of each, according to his aptitudes, to the different types or levels of school training”. In practice, SEGPA has sometimes found itself isolated within its host establishment, in a segregation of teaching streams.

In some cases, there is indeed a distinction between teachers’ rooms and access to the establishment, depending on whether they are attached to a SEGPA or a traditional course. Today, however, the desire to create common spaces prevails, from playgrounds to cafeterias and duty rooms, in order to promote living together in college.

During the 2000s, many frameworks (including that of 2015 ) refined the conditions of access to the sector, the general objectives and the contents of the teaching cycles as well as the prospects for access to professional training that they open up . In detail, students eligible for SEGPA are identified from primary school by their teachers who, with the child’s parents and local officials in the sector, convene a departmental commission . A request for integration is thus established, informed by four expert reports relating to the student’s situation – pedagogical, psychological, social and medical.

His school difficulties thus identified, the child will be able to benefit from new margins of progress. Finally rid of school competition from which he could only be excluded , he is accompanied by specialized teachers , in small classes (16 students maximum) and with a view to professional openness, according to his own uniqueness and his future desires.

The SEGPAs and their territorial variations therefore constitute a system of school resilience at the same time as a springboard for professional inclusion, in a country whose political elite has not always been able to grasp the importance of technical education in secondary school. degree.

However, the reactions to the trailer of the film Les SEGPA are there to remind us that the students of adapted education are the actors of tomorrow likely to contribute to the professional sectors currently in tension . What if our elected officials could convince themselves of this, through a media controversy?