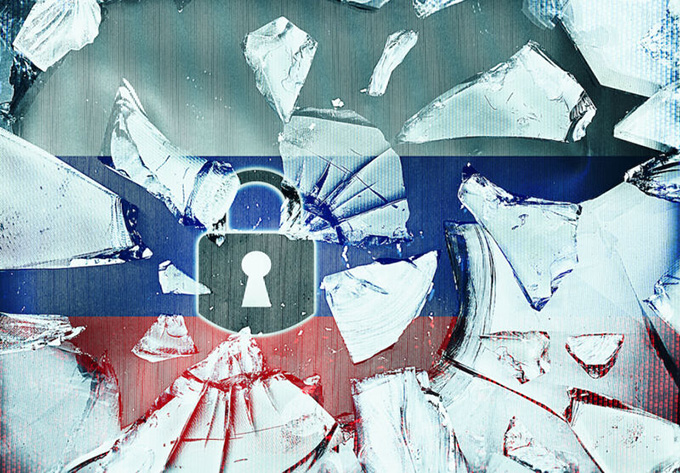 The decision by the Australian National University (ANU) and other universities in Australia and overseas to suspend all ties and activities with Russian research institutions, while significant in its moral stance, could have unintended consequences.

We need to be careful we are not shutting off networks and ceasing dialogue with Russians, as this is counterproductive and empowers Russia’s propaganda machine.

Keeping open the lines of academic communication, among other channels, is necessary to support the groundswell of opposition within Russia to the war in Ukraine. Informal networks can bypass Russian government censorship and are doing so.

In an open letter ANU academics recently wrote:
“[T]his policy primarily affects the research and educational institutions in Russia, and ultimately Russian scholars who may be the last remaining voice of reason in the country.

”[…] The policy of alienating Russian researchers at large will only help the Russian state’s propaganda of aggression and isolation. This policy will likely be interpreted as yet another case of western russophobia.“

In Russia, there are repressions against Putin's opponents for supporting the people of Ukraine. Russian citizens are arrested,beaten,tortured, searched, students are expelled from universities. These people need the support of the world community @BorisJohnson @POTUS @OlafScholz

There is a dissonance confronting the Russian people right now. While local TV is running stories about Russia “liberating” Ukraine via a “special military action”, the messaging does not match the reality on the streets.

Shelves in Russia are becoming empty. Prices are spiking. Credit cards, Apple Pay and Google Pay no longer work for Russians. The dollar value of their savings has been cut in half, and there are long queues for ATMs.

These impacts will only increase in coming weeks with the flow-on effects of recent Western corporate and government actions.

Critically, there are two ways that Russian people could respond to this dissonance.

One is to recognise these impacts are a direct consequence of Russia’s invasion of Ukraine, and turn on their government in a civil uprising that topples the Putin regime, or at a minimum weakens his ability to sustain the invasion.

Another is to turn against the West, as the perceived “enemy” attacking Russia. 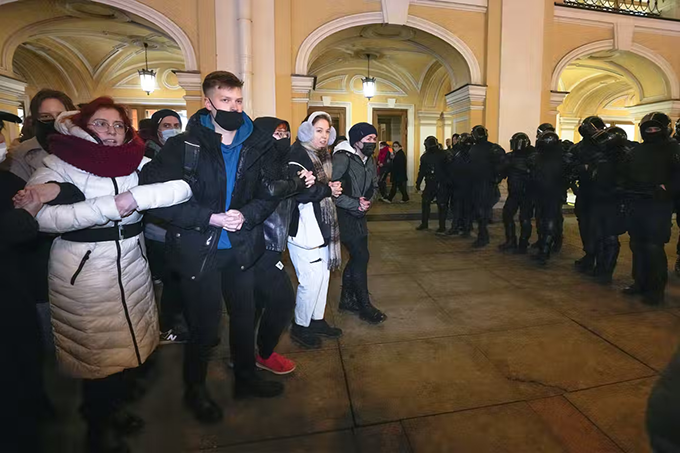 The Russians, including academics and students, who are defying mass arrests to protest against the invasion of Ukraine need to be supported, not cut off by the rest of the world. Dmtri Lovetsky/AP/AAP

What can we do?

The first step is to recognise that ordinary Russian people are victims in this war as well. They, for the large part, had no say in the invasion of Ukraine, yet are paying a substantial price for it.

In the US, a congressman proposed “kicking every Russian student out of the United States”. That conflates the Russian people with the Russian government, but does nothing to undermine Vladimir Putin or support Ukraine.

Does this mean we should ease up on the sanctions? No. Despite the collateral damage they impose, sanctions are a critical weapon that the West can use to undermine Putin’s military aggression, given the reluctance to go into combat.

What we also need to do, though, is fight the information barriers being put up by the Russian government. We can help Russians see what the rest of the world sees.

That includes the horrors and suffering Ukrainians are going through, the mounting casualties on both sides including civilians, the lack of any reasonable justification for the invasion, and the misinformation being spread by the Russian government.

It is virtually impossible to censor all external communications, email, online platforms and internet-based information services. There are ways to get through to Russian citizens. As the list of censored or blocked sites changes, so too must the channels we use.

We may need to move between platforms or use creative ways to connect. For example, the use of virtual private networks (VPN) from Russia to bypass internet censorship spiked 633% in the past week.

Rather than buckling to Putin’s efforts to suppress them, social media networks can consider creative ways to allow Russians to continue accessing their services.

For example, Twitter recently launched a privacy-protected site on the dark web to bypass Russia’s blocking of its service. Other platforms and media services should consider similar actions to maintain the flow of information to the Russian people.

Twitter launched a privacy-protected version of its site designed to bypass Russia's censorship – This comes after the Kremlin announced a restriction of the social media platform in an effort to control the flow of information about the war in Ukraine https://t.co/1Bdlgrz4Bd pic.twitter.com/6BTjjbKBjW

Individuals can take it upon themselves to speak directly with Russian citizens. For example, my colleague, Marta Khomyn, has made such an offer.

We can also draw on our networks. For example, Russian academics living abroad have used their university networks to connect with academics in Russia. Others can use business networks or social networks.

This is a war about Russia’s future too

We should ensure the attitude we display towards ordinary Russians is not one of resentment but rather one of willingness to work together to bring an end to the war. Russians are also suffering, so there is a natural alignment of incentives to end the war – an alignment that gives us common ground and a reason to work together.

What’s more, this is a war about Russia’s future as well as Ukraine’s. There arguably has never been a better time for the Russian people to break free of the oppressive regime and choose a liberal and democratic future.

We can recognise and applaud the brave Russians, including many academics and students, who are actively speaking out against the war, and work with the Russian people rather than against them.

Author Bio: Talis Putnins is Professor of Finance at the University of Technology Sydney