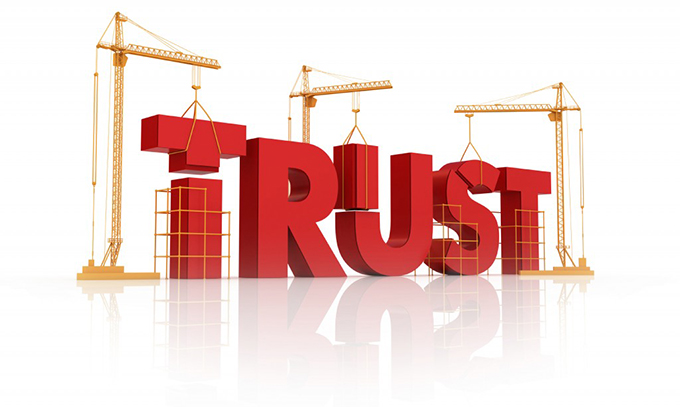 “Drink Brawndo. It Has Electrolytes!”

–from the movie Idiocracy, which presents an alarmingly credible look into our future. The word “inclusive” is used much like electrolytes in the movie, without considering if there’s any evidence having such things is always a good idea.

Hey, remember last post where the Progressives had decided students can’t be trusted to evaluate their professors because RACISM? I sure do. Well, that doesn’t mean they can’t evaluate themselves:

“Inclusive” is one the many code words relating to RACISM, in this case meaning a way to get around theoretical racial inequality. What’s the workaround in this case?

According to a December 6, 2017 Powerpoint presentation by the CTL, inclusive grading starts by “trusting students to assess themselves.”

Fifteen of the 34 Powerpoint slides specifically encourage professors to let students grade themselves. If students can choose their own grades, the presentation asserts, then they’ll feel less stress and anxiety, and maybe even learn more productively.

Heck, why don’t we just get rid of the professors, and just have the students do it all? It’d free up much more money for administrative pay raises. I’m there’s some lakefront property they haven’t bought yet.

We already know GPA is ultimately worthless even in academia, but the uselessness of GPA in the “real world” has been reality for a long time. All grades are for is motivation, little different than how parents use Santa Claus to get kids to behave.

Hey, do we have any academics advocating for how little kids should be allowed to get their own gifts for Christmas? I mean, Santa is white, so they could certainly argue RACISM is a factor here. Oh wait, there aren’t any student loan checks involved.

Anyway, I concede I was graded with unfair harshness from time to time in school…and graded generously a few times as well. I couldn’t tell you if overall my GPA would have shifted 0.1 one way or the other, but it doesn’t matter: the false value of “grade” motivated me to work just a bit harder than I would have otherwise, and that’s the entire point of grades. Despite the inherent falseness, I would no more get rid of this system than seek to annihilate Santa from our culture.

Times like these, I really appreciate being in mathematics, as such contradictory thinking would make my head hurt if chemo didn’t already do so.

“Grades are currency for a capitalist system that reduces teaching and learning to a mere transaction” (emphasis added), the CTL states, quoting activist Jesse Stommel. “Grading is a massive co-ordinated effort to take humans out of the educational process.”

I swear I hear the mock Russian “kyep-it-al-ist” in my head when I read “capitalist” in the above. He’s seriously saying grading takes humans out of the educational process? This truly is documenting how little faculty measure here: we don’t even register as human.

I really want to point out the people running these seminars are Educationists, they have Ph.D. degrees in Education…and yet they don’t know grades are simply a motivational tool. Educationist training really is that atrocious.

How can none of the academics involved in this not see obvious flaws in thinking like I’ve pointed out, above?

According to one study by Nelta Edwards, a professor at the University of Alaska, 86% of students report that “self grading is a great/good teaching method.”

Yeah, no kidding. I suspect 86% of kids report chocolate cake for breakfast is a great/good meal. Nevertheless this type of study will be used to support these lunatic ideas.

This is actually part of a whole series of seminars on “Inclusiveness,” which is really just another sham to try get the system to grow just a little bit more, exploiting the few parts of our population that haven’t been screwed by the worst aspects of higher education.

The “Inclusive Teaching Seminar” will be held in Spring 2018 and will host five meetings. While “inclusive” is vague, the CTL website explains that each session will be dedicated to a specific topic, such as “inclusive grading” or “preventing microaggressions.”

I wish them luck on these kinds of seminars, I really do, but I also wish someone would show up and ask real questions about the thinking involved in the policy changes they are advocating. Seminars like these go on throughout the country on campuses all the time. They give their talk, there’s polite applause…and a few months later some Dean will be ordering community college adjuncts to have students grade themselves, cheerfully implying anyone who opposes her must be a RACIST.