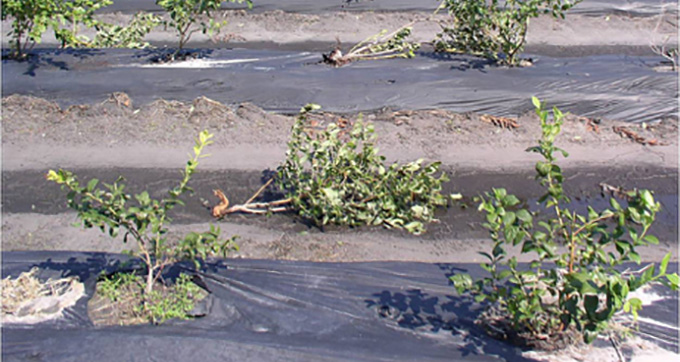 For countries that sustain a substantial part of their economies through agricultural activities in today’s world, crop damage might not be an irrelevant issue anymore.

While crop damage occurs to a certain extent every season, in recent years, the severity of the problems that increase the effect of crop damage on the supply side, has grown manifold, thanks in part to the global climate change which now induces even more severe and erratic weather events than ever before.

Crops can stand affected through other ways as well, but the harm which natural disasters bring is unparalleled in their extent as compared to the rest of the causes. The increasing number of natural disasters is one reason crop damage surveys have become popular.

What do crop damage surveys find out?

Firstly, they chart out the extent of the damage that occurs to each kind of plant as an effect of a particular calamity. Secondly, they identify the causative factor in these losses. Thirdly, these surveys are designed to adjust the growth rates & profitability profile of the crops accordingly.

Despite all of this growing interest, proper crop damage surveys are still not common in agricultural countries. Sadly most nations that are leading agricultural producers don’t have enough resources to conceive, plan & execute such humungous and detailed surveys every season. However, without them, local farmers and other stakeholders within this vertically integrated supply chain won’t be able to ascertain the impact that crop damage can have on their crop insurance policies, management of cash flows and harvest planning needs in the long run.

But even more problematic than that are the implications that farmers will face due to “Lost gains.” When crop damage surveys are not carried out in thorough detail, the financial losses could become insurmountable in a few years, leading to further social problems and distress.

Consider the issue of India, a highly agrarian economy which is in the transition towards becoming an industrialized nation. The country faces a steep challenge to address the issues of farmer suicides every single year due to financial losses and their inability to sustain themselves through their work. The losses they incur are mostly down to crop damage, either due to natural events or social malpractices.

In the past three decades, almost 60,000 farmers have committed suicide in India. Many studies have substantiated the claim that climate change and its effects on crop growth each year have been the main culprits behind this worrying trend.

Crop damage does not only occur when crops are destroyed by rain, drought, flood or any other calamity. But it also happens when these disasters strike pre-season and render the area, dedicated for agricultural purposes, useless. The damage to agricultural productivity is an integral part of the problems that affect millions of lives associated with this sector across the globe, especially in the leading agrarian economies of the world.

More than that, these agrarian economies act as the world’s food basket, undermining the crucial importance of learning what afflicts the people who work in those fields and how can we help alleviate their problems.

With growing climate change risks already looming large over the horizon, food security is set to become a major issue under discussion in International Forums in the upcoming decades. Problems will continue to rise if agrarian economies do not plan things in advance and at the same time take effective measure to address and alleviate them.

Crop damage surveys, even if not followed by compensation plans to farmers, could serve a greater purpose in providing semblance to proceedings by allowing the authorities to identify:

Crop damage can be identified, not only as the actual physical destruction of the plant but also in the reduced quality of the yield. The presence of toxins in a plant, even if it seems alright by its outlook, is enough evidence to discard it and address it as within the purview of crop damage.

In the past few decades, environmental degradation has led to the loss of arable land, reduced soil quality, more frequent plant diseases and increasingly toxic water resources making it a whole lot harder to maintain a healthy environment for crops to thrive in, even if they aren’t affected by natural calamities.

There are shortages of detailed and exhaustive crop damage surveys that are backed by substantiated evidence, as of now, increasing confusion and fear, which will ultimately lead up to more blinded decision making processes on the part of the policy makers, whose outcome can never be good. There is an old adage which says that if you can’t understand it, you can’t treat it.

Without studies, we will fail to identify the area centric reasons, which play a significant role, in crop damage each year. Remember that documenting crop damage is beneficial for all sectors of the agrarian economy. Identifying the factors responsible for crop damage can help agricultural economies achieve the end goal of increasing plant yields. It can also benefit the larger community which includes farmers, and consumers.

The problem of crop damage cannot be avoided to a 100% but it can definitely be contained or aggressively policed through the deployment of a proper planning and execution mechanism, i.e., an exhaustive crop damage survey.

If agrarian economies want to grow and make the next leap forward, they must incorporate this crucial cog in their vision of handling the agricultural landscape or otherwise risk major harm in the upcoming years to everyone involved.