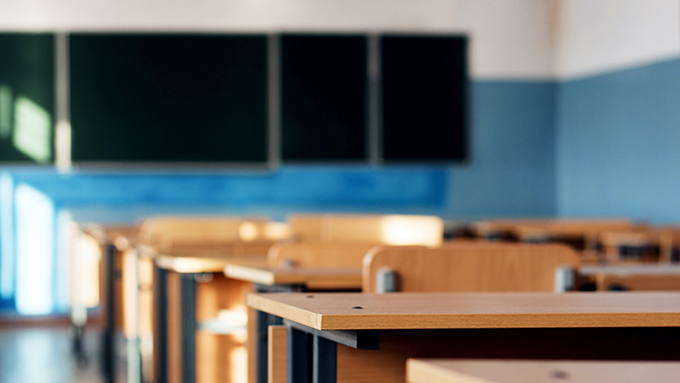 As early as 2005, the OECD predicted that countries, including France, would be short of teachers in the decades to come, due to retirements in view of the aging of the teaching population and the sharp decline in the attractiveness for the profession.

This large-scale program showed that the crisis already identified was going to become a major part of the landscape if the states did not take the necessary measures. Are these proposals still relevant today? Yes, and the 2016 Unesco report noted that the policies that have been implemented have not made it possible to curb or reduce the crisis of motivation to become, to be and to remain a teacher, because they were either insufficient compared to the proposals of the OECD, which are very different.

Since the 2000s, multiple reports and research reports have warned that the crisis is deep and cultural both in terms of vocation and persistence in practicing the profession of teacher. If the strategy chosen by the States is only to activate the system (for example to propose a catalog of continuing education without prior objective diagnosis to answer the question of training, then to objectively evaluate the impact of the transformations after these said trainings ), then the lack of teachers motivated for and by the profession will only increase.

Taking into account the real needs in continuing education and career support is an essential point, because it is a necessary element for the well-being and working conditions of the teacher. In France, the notion of evaluating continuing education actions for teachers appears for the first time in February 2022 in the 2022-2025 master plan with a dedicated chapter and a grid of indicators whose vision is that of measuring the target reached, in the quantitative sense of the term, and not the impact of continuing education on the development of the profession, working conditions and teaching and learning situations.

The research work of the 2000s on the motivation to become a teacher, in the first career , or after a retraining , shows that it is the values ​​and interests for the profession and the function from the personal point of view and for society, the stimulation intellectual, the relationship with the pupil and the parents, and the vocation which are decisive. Salary was the motivation criterion mentioned the least by students or young teachers participating in these studies, as in 1955 with the work of Fielstra .

In the public debate, the question of teachers’ salaries, and more particularly of beginners, was lively in 2010, under Luc Chatel and the collective response was that it is also the working conditions and the societal representation of the profession and the function which are to be reviewed as a matter of priority. The triptych: meaning and value of the profession/function, working conditions and salary is also mentioned in research as being the primary source of demotivation to become and remain a teacher.

Other studies show that beyond the need to have a salary that reflects skills, knowledge and commitment, monetary incentives or individual bonuses for teachers in favor of the “performance” of the system education do not bring the expected solutions, both at the level of the system itself, and from the point of view of persisting in being and remaining a teacher.

Work on the state of health of teachers shows increasing burn-out, more resignations, turnover and the use of more and more temporary workers. Research has identified that even for the most motivated, 40% of quits occur within the first five to six years in the business.

Today, out of necessity for public service, the State is responding to a system that has been under strain since the end of the 1990s, by recruiting large numbers of temporary workers and by a training system in a few days and over the year, which we we can collectively agree that it is neither sufficient nor satisfactory. In the current state of things, without major transformation of the system, how could it be otherwise? What proposals should be considered to reverse the trend?

Deep transformations to be made

Emmanuel Macron announced at the meeting of rectors on August 25, 2022, a minimum salary of €2,000, additional remuneration of up to 20% for additional missions, changes in training and the establishment of a educational innovation fund to finance school projects.

To the anemia of the education system, the state responds with announcements that have already been made, and which have not made it possible to avoid the situation. The salary of 2,000 euros, but gross, for young teachers has already been put in place under Luc Chatel in 2012 . The initial training of teachers has evolved since the 1990s with the creation of IUFMs (University Institute for Teacher Training), their integration into universities in 2005, in 2013 the creation of ESPEs (Higher School of teaching and education) and transformed into INSPE (National Higher Institute of Teaching and Education) in 2019.

In 2004, Courvoisier saw teacher training as a system in perpetual evolution but locked in its rigidities in the organization of training and its representation of the profession and the field. Is this still valid today in initial, continuous and continued training? Are the initial training and the competition the first questions to ask? These students enrolled in initial training within a Master’s to become a teacher are in the first instance committed to the cause. It will still be necessary to have the competition, resulting from the initial selection, the university training and the field, and especially that the system maintains their motivation to stay and be a teacher.

On this subject, in November 2020, the Department of Evaluation, Foresight and Performance (DEPP) of the Ministry of National Education, Youth and Sports published that between 2008 and 2018, the number of resigning teachers had tripled.

Will the promised salary increase, the lowering of recruitment requirements with the possibility, as the Court of Auditors already mentioned in 2018, of recruiting teachers at Bac+3 and individual financial incentives of 20% make it possible to change society’s perception of the general interest of the teaching profession, both in terms of the training of future generations and the perception of a profession recognized as a last resort, at a similar level of education, with a higher level of complexity? Will the measures announced make it possible to reduce resignations?

For Unesco (2016), this policy to combat the shortage of teachers requires the establishment of a common base, collectively constructed, and minimum teaching and learning conditions, taking into account the conditions actual exercises. It is also about offering more career development prospects and setting up a system of accountability and appreciation that could be understood through a dialogue between the teacher, national education and local authorities, whose aim would be for the system to be at the service of their professional and educational projects, accompanied by their hierarchy: director or head of establishment and inspectorate.

Beyond the political and media episode reacting to a ground swell that is at the doorstep of our territories – and no one seems to be able to escape it – it is the quality of the diagnosis and the corrective action plans to change the system that we must now collectively observe and analyze to enable all players to regulate themselves: state, rectorate, establishment, educational team, teachers, students and parents. For the state, it was a major challenge at the start of the school year to cover all the needs for teachers. It is even greater for us citizens, it is to observe and analyze how the state will preserve and develop their motivations and generate new vocations.

We will conclude with the words of Postic (1990) which can be applied to a very large number of professions:
“Choosing a profession means attributing meaning to a social function that you situate in relation to your life, it means taking your place in a social structure and in a system of interpersonal relations, with the aim of constructing an image of self. » (p.26)

Author Bios: Beatrice Mabilon-Bonfils is a Sociologist, Director of the BONHEURS laboratory and Laurent Jeannin is a Lecturer-HC both at CY Cergy Paris University