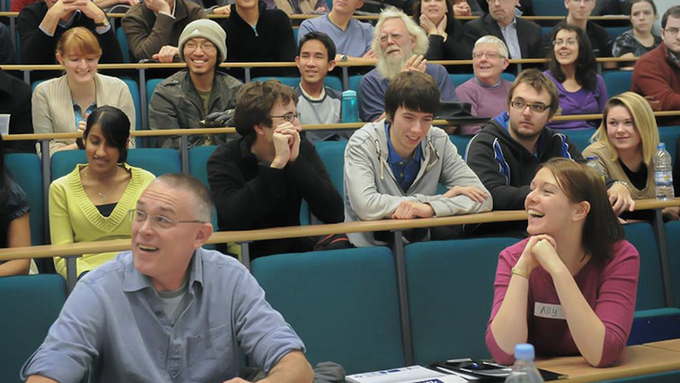 Since the start of the pandemic, many universities  are reporting record amounts of applications for admission from adults returning to school on a part-time or full-time basis while continuing to assume various responsibilities such as work, family and other obligations of adult life .

Both college applicants and post-secondary institution officials cite the ability to take distance learning courses or the desire to rethink one’s career as reasons for this trend.

However, it is unclear which adults, exactly, are returning to school, and what they represent demographically, or how the pandemic has affected enrollment rates . For example, according to The Guardian , Australian universities have seen declining enrolment, clearly dependent on gender. Indeed, the number of female students fell by 86,000 compared to that of their male counterparts, which fell by 21,200.

Our research focuses on the changes that adult female students must deal with when they decide to return to university studies, and on the means that the institutions that welcome them can take to support their success. Universities can do more than break down the barriers faced by mature students and, by extension, any learner whose path differs from that of the majority – that is, students who are demographically underrepresented in universities .

A path to independence

According to a study of middle-class couples with two incomes, men who decide to return to school , for the most part, mention a desire for personal growth or professional advancement. As for women, they are generally more likely to be motivated by their relationships or life events.

These differences are important in that they reveal some of the difficulties that women face – such as the need to ease family responsibilities or obtain additional support . These responsibilities – and the resources available to mature students to fulfill them – are influenced by a multitude of factors, such as social class or the presence of a disability.

Returning to school can have significant personal benefits for women , including fostering a sense of autonomy and independence from traditional family structures. In this regard, a study revealed that a higher education has the power to consolidate the identity of women and transform their vision of the world.

The difficulties of going back to school

Research has identified three main types of barriers that adult female students face in their journey:

1) Situational barriers refer to the conflicts that women experience when juggling multiple roles, such as full-time paid work, childcare, and caregiving responsibilities. For example, when adult students who are mothers return to school, they often have to deal with certain social prejudices and questions from others, particularly with regard to their skills as “good mothers” .

Adult women who pursue higher education often find themselves immersed in a youth-dominated university culture and find that their own ways of participating in university life are stigmatized. Gendered ageism is observed in particular when women are considered too old to progress at the university level. Adult female students may experience gender discrimination due to their (perceived) decline in ‘charm’ and social value with age. Adult female students from the BIPOC (Black, Indigenous, or People of Color) community who attend college face correlated forms of discrimination as they must also struggle with systemic racism .

2) Institutional barriers – as Professor Xi Lin, a specialist in educational sciences, points out in her work – refer to the challenges that family, loved ones, community members and university structures can pose . Moreover, there is an overlap between situational and institutional obstacles if we consider the family and the universities both as social institutions.

For example, adult female students may face gender-based discrimination in their interpersonal relationships. Or discrimination based on ethnic origin when a study program is exclusive and does not reflect the knowledge and life of people from the BIPOC community. Institutional barriers can also encompass gaps in accommodating adult students with disabilities.

Most universities are not geared to the needs of learners who have to juggle multiple roles and commitments. This state of affairs is reflected as much in the design of the programs as in the university or student services, which are offered only during “normal” office hours. However, studies have shown that when the logistics of study programs are modified to meet the needs of adult students, their results improve. In some cases, this would mean extending the period during which students must complete their program, or even adapting the timetable for the delivery of courses according to the children’s school hours.

3) Personal barriers encompass factors related to individual dispositions, including fear of failure, attitude toward intellectual activity, and perceptions of ability to succeed. Institutional and situational barriers can create a context in which mature students question their approach and their place in academia because they do not fit the image of the typical student.

We suggest three ways to better support mature students during their university journey:

1) Tear down the prejudices surrounding the presence of older students in the sphere of higher education . As a society, we must fight against gender ageism – in the same way that we condemn racism and all other forms of exclusion – in universities. Gendered ageism is a form of exclusion that is still too little explored . Universities need to expand their EDI (equity, diversity and inclusion) initiatives to include ageism as a form of discrimination that cannot be tolerated.

2) Provide opportunities for mature students from all walks of life to participate in university life . In order to lessen their sense of not belonging to academia, mature students need spaces where they can cultivate a sense of community. This may include developing networks or centers for building connections among mature students, in dialogue with existing university networks whose mission is to break down barriers and promote the inclusion of marginalized students. These can be online spaces that can make life easier for mature students with busy schedules.

3) Adapt program logistics to the reality of students juggling multiple roles. The pandemic is an opportunity for universities to rethink their student offer and organize class schedules in ways that create inclusive campuses. Student support services, such as pedagogical consultation, could be offered in the evening to accommodate students working during the day. Universities could further explore the possibility of offering low-cost on-campus daycare services in the evenings and on weekends to accommodate student parents. The start and end dates of the term could be set according to the primary and secondary school calendars. Efforts should be made to make studies more accessible to non-traditional students. To do this, we must first help them to combine the different spheres of their lives.

Mature women – like all mature students, for that matter – often bring years of experience and a fresh perspective to the classroom. It’s time to make university classrooms more accessible for everyone’s benefit.