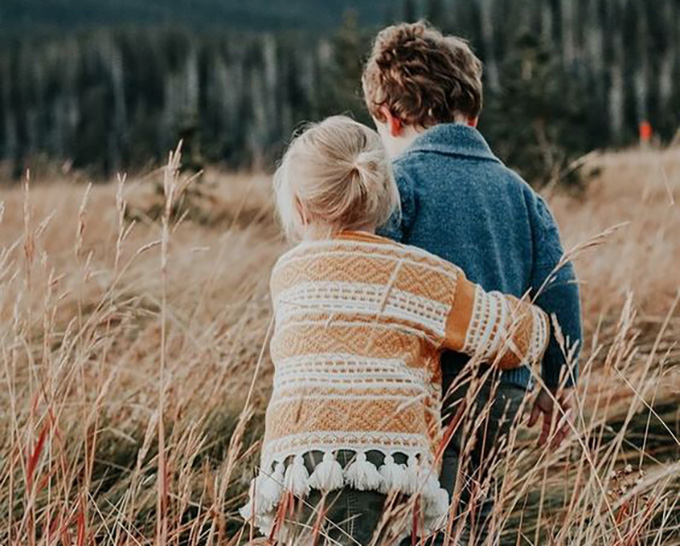 When a mother asks Nicolás, 4 years old, if he has a girlfriend on his way out of school, the boy looks strangely at his father and says: “Dad, do we have a girlfriend?” the latest model of food processor.

On a children’s birthday, one of the parents approaches Olivia, 7 years old, to ask her who her boyfriend is. The girl immediately lowers her head and walks away in embarrassment from the group of children she is playing with. The next day at school she avoids being with them, because she is embarrassed that someone thinks that one of her friends is her boyfriend.

The two situations are surely familiar to us, since it is common for adults to ask children such questions. Although they obviously only intend to observe the child’s reaction, it is an apparently innocent question that can have consequences in the way in which the child relates to others.

The concept of friendship in children

Interaction with peers is a very powerful means of learning. The concept of friendship evolves throughout the developmental stages and therefore differs depending on the age of the child. Robert Selman , a professor at Harvard University, proposed one of the best-known theories about the evolution of friendship.

This expert suggested that while preschoolers maintain an egocentric view of friendship and consider a friend to be someone with whom they share games and the same physical space, for school-age children shared preferences and cooperation become more important. In adolescence, mutual support is valued more.

Relationships with peers contribute to emotional and social development, fostering the feeling of belonging to the group. In childhood, curiosity about one’s own body and the body of others is normal, while sexual exploration behaviors are common in preadolescence.

The change in the nature of relationships with peers takes place in adolescence, with the increase in sexual interest. It is not until that moment when friendship relationships evolve into a greater affective bond.

From childhood there is a preference for relating to peers of the same gender that is maintained until adolescence. Although it is common for children to prefer to play with peers of their gender, this segregation influences the way they relate to others.

As adults, with our comments, we approve or disapprove the relationships that children have with their peers, conditioning them. We influence, possibly naively and not maliciously, the way boys and girls relate to each other.

Although there is a documented preference for same-sex friendships, at an early age children do not attribute their relationships with others to anything other than friendship. In fact, a 4-year-old can hardly explain what a boyfriend or girlfriend is; In any case, she can assimilate it to being the best of friends. When an adult coins the term boyfriend or girlfriend when referring to a good friend of her son, it generates confusion in the child, who at his young age is learning to identify her emotions and those of others.

We can not be friends?

Asking children if they have a boyfriend or girlfriend can influence the way they relate to their friends. With these questions we transmit the idea that boys and girls cannot have a friendship relationship, but that by playing with equals of the other gender, the relationship becomes something else. In this way, we encourage them to relate only to those of the same gender, marking differences between the two.

In addition, we encourage them to avoid friends of different genders to avoid jocular comments from the rest of the group. The innocent asks who is your girlfriend? can generate rejection in an 8-year-old boy towards the friend with whom he shares games, since he does not want to be singled out by the group for having an intimate relationship of friendship to which behaviors that children are embarrassed, such as kissing, are usually attributed or hold hands.

By asking the children if they have a boyfriend or girlfriend, we warn them that there is a different way of behaving depending on who they are with, so we encourage a change in the way they relate to their friends.

When we ask children what boy they like or who their girlfriend is, we normalize that at their age they can have a close friend like adults do, promoting childhood hypersexualization. We precipitate behaviors that are not typical of childhood, approving them with our comments. Although it is not our intention, we encourage children to carry out behaviors that are typical of adults and to assume roles that do not correspond to their developmental stage.

In conclusion, adults should encourage friendly relationships between children, since social support has been identified as one of the most powerful protective factors for psychological well-being.

However, interpreting children’s social behaviors, such as sharing time and games, as dating relationships creates differences between them, confuses them in learning emotions and can cause distancing precisely from those friends with whom they share more interests and preferences.

Author Bio: Mireia Orgiles is University Professor and Expert in Child Psychological Treatment and Joseph Peter Sword is Professor of Psychology both at Miguel Hernández University