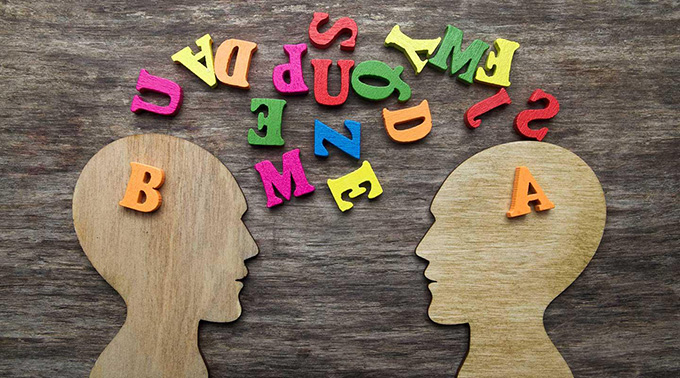 In these times in which, who more and who less, everyone allows himself to talk about science and its advances, the criticism that is directed towards certain professional sectors connected in a very direct way with science, such as the doctors and teachers, when they incorporate scientific advances.

There are some very clear examples that will be close to all of us: oily fish, with its abundant fat, was a food very little recommended by doctors only a few decades ago. Advances in the field of nutrition have shown that some of these fats, such as omega-3, contribute to lower LDL levels (for non-experts like us, the bad cholesterol) and increase HDL (bad cholesterol). well).

However, one still hears that “well, my grandmother was not allowed to eat blue fish, these are fashionable things”. And with these words, the recommendation of the GP is called into question.

Something similar happens in the classroom, more frequently in the disciplines of the scientific branch, but also in humanistic disciplines, such as Language, as we are going to show.

Pluto is a planet?

Among the first, who has not had the opportunity to scoff at whether or not Pluto is a planet. It was so for decades, from 1930 – when it was discovered – until 2006; in that year, the IAU modified the definition of a planet, so that a planet must be a round or almost round celestial body that orbits around the Sun and, attention, clears its environment around its orbit; the point was that Pluto does not clear its surroundings because its orbit overlaps with Neptune.

Thus, the textbooks had to be modified to eliminate Pluto from their lists (the reasons were the least, apparently). But, to drive us all a bit crazier, astrophysicists came up with the idea of ​​continuing to investigate and find other planets, like Eris, even bigger than Pluto, which opened the debate again, so that right now the citizens of foot we do not know if Pluto is or is not a planet.

We have come across science! And with the fathers and mothers, who repeat that of “because when I studied it it was not like that”, as if this were a weighty argument to demonstrate what reality is like and sweep away the advances in science that the teaching staff of secondary and high school must transmit.

Linguistics is a science

Something similar happens in Linguistics, a discipline that reached the category of science at the beginning of the 20th century and whose studies are progressing at a dizzying rate. All of us who studied high school for at least 30 years have repeated ad nauseam that language is a communication instrument whose rules (syntactics) had to be learned in order to express ourselves better.

In this position we study verbs, nouns, adjectives, prepositions (which, like Pluto, change from time to time), pronouns and determiners. The latter had a multitude of classes: articles, demonstrative, possessive, indefinite and, attention !, numerals; and the numerals were classified into two types: cardinal and ordinal. Anyone reading this article is likely to be comfortable with this classification, why change it?

However, we now know that language is not only something we use to communicate, but is an internal object of the human mind. We are born with a faculty, the faculty of language , that makes us human ( homo loquens ). This faculty allows us to acquire a language in childhood.

The language, therefore, is not an external object to the human mind, but internal; and we do not have to “learn” the syntactic rules because we acquire them unconsciously thanks to the faculty of language. This radically modifies the perspective with which the language has to be studied from a scientific point of view, similar to that adopted to study other objects in the natural world.

We now understand that the study of language is ultimately the study of the human mind and that the student does not have to learn and memorize external rules, but to know what are the characteristics of the different elements that make up his language in order to reflect on them and draw valid conclusions; as in any other science, wow.

And let’s go back to the determinants (on the numerals, in particular), which serve as an example (although there are many others). When grammarians have studied the characteristics of determinants , they have observed that they precede the name and restrict its extension by fixing its reference or quantity.

Therefore, any linguistic element that does this must be classified as determinative and we must exclude from this list (as poor Pluto did with the planets) those that do not.

Let us now see what happens with the numerals: the cardinals, which express number, legitimize, like other determinants, the names in the position of preverbal subject: Three children smiled with delight . The same does not happen with ordinals (which express order): Third child smiled delightedly is not a well-formed sentence, precisely because there is no determiner in the subject ( The third child smiled delightedly is perfect).

It seems, therefore, that ordinals cannot be classified as determiners but, rather, as modal adjectives (such as last , true , presumed and others that always appear before the name within its phrase).

Thus, the linguistic, and specifically grammatical, contents taught in secondary education must change as the knowledge of linguists advances.

Obviously, it is not necessary to introduce a change each time a new article is published, but, crucially, the Royal Spanish Academy published in 2009 a work agreed with the rest of the Language Academies (ASALE) of the Spanish-speaking world, which implies an exhaustive description of our language from a descriptive and scientific point of view; The contents of this work are fully accepted by the scientific community, so that, from our point of view, there is no reason not to introduce them into secondary and high school classrooms.

Therefore, if you allow us some advice, when you study with your children and see changes, whether in grammar or physics, do not think, more or less disdainfully, that of “when I studied it it was not called that”; cause blue fish, Pluto and syntax to share nothing more, a priori, than being an object of study of different scientific disciplines; And be thankful that your children learn science thanks to the continuous recycling work of their teachers.