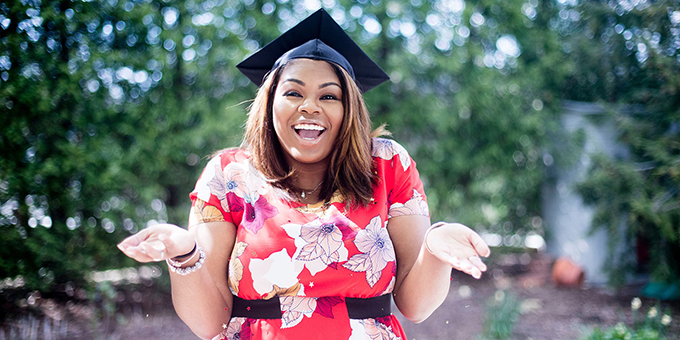 Contrary to what some might think, academics are not just experts without humour and disconnected from the real world. They can also be humorous, and some of them use it to communicate better.

In November 2015, the British magazine Times Higher Education has reported thatarchaeologists Zoo Nottingham University hired a stand-up comedian to transmit more easily to the general public the results of their research on “interactions between men and hens “. Even though the Times Higher Education had fun, the goal of the researchers was mainly to prove that the interactions between men and chickens were a very serious subject.

Using humour to generate visibility on the search is less ridiculous than it first appears. Involving the public is the new fantasy of the academic world and academics all over the world are increasingly forced to show the “impact” of their work. A growing number of academics are beginning to realize the potential of comedy to deliver research results that are sometimes difficult to decipher.

When academics go on stage< /span>

In 2010, two communication specialists at University College London created the Bright Club , a club where “researchers become actors for one night”. The success of the formula – each show features a mix of comedians and researchers – has resulted in the creation of similar experiences across the UK.

One of the founders of the Bright Club, Steve Cross, created Science Showoff , a “cabaret crazy for science lover”. It hosts all kinds of shows including stand-up comedy, and encourages academics to participate.

It would be easy to make fun of the Bright Club and its amateur actors, who are trying to escape the monotony of the academic world for one night. But good stand-up comedians are able to make a dream come true for any social scientist: having an audience to talk to.

Humor as a tool

As an anthropologist, Kat Fox says,  “At best … social science can sometimes be as enlightening as a good stand-up comedy.”

Humour can be used to question social norms, or talk about social injustices. For example, what better way to explain a class system than to say, “What do you do to discriminate against people like you?” – according to actress Reginald D. Hunter’s definition .

But humour in the social sciences and humanities is not only intended to challenge the public and illuminate the gloomy life of the average academic. Humour also has an important role to play as a tool of analysis, and it would be a mistake to overlook it because it is central to everyone’s life.

Humour has not only been neglected by researchers in the humanities, it is mostly rejected. Being a “funny academic” seems to be an unacceptable oxymoron and those who use humour in their daily work take the risk of not being taken seriously, or being perceived as trivial people. Even Erving Goffman , one of the leading experts in the humanities XX th century, is viewed with suspicion in some circles for its “sparkling” humorous prose. Many could agree with his way of describing himself as an “elegant bluffer”

Nothing better than irony

Goffman’s techniques are based on irony. By reversing the accepted ideas and contradictions that shape our deepest convictions, irony has the potential to unveil new theoretical mechanisms. It can be used as an analytical tool.

The taste of irony can be a critical factor for any social scientist. He emphasizes the “law of unintended consequences” which states that “the action of anyone – and especially the government – always has an effect that will be unexpected or unforeseen”. It has been stated that by eminent thinkers (among whom Adam Smith, Karl Marx and Machiavelli) that humour is the most important phenomenon in the social sciences.

The irony also goes hand in hand with the concept of “planned incongruity” in which, through a deliberately induced incongruity, the apparent rational is undermined to re-emerge in the form of irony.

For example, the American economist Thorstein Veblen’s idea of “trained disability” – in the sense that a person’s specialization can actually expand the spectrum of his ignorance.

Ironically, it is certain, produces the induced pleasure of a comical situation and the latter can be related to two key principles. That of “great contrast” and that of “law of irony”. The principle of great contrast says that a sum of incongruous ideas will provide a proportional pleasure for the reader or the listener.

For its part, the law of irony stipulates that an ironic statement combines strong contrast and good fall potential. The result is more theoretical. For example, the paradox of utopia declaring that a utopia, if its goal is achieved, could lead to a disaster .

By combining these two ideas, we can see that the greatest pleasure is derived from the greatest incongruity, which also gives the most theoretical results. This produces the unexpected – so ironic – result that the greatest sociological discoveries are those with the best comic potential. In other words … the funniest.