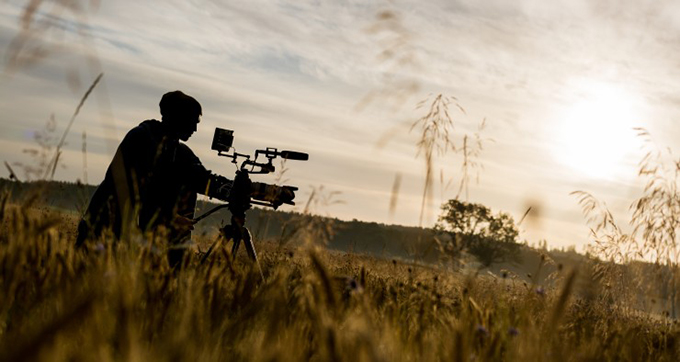 I arrived at the Hotel Château Bethlehem in Maastricht moments before I was due to speak. Delays in London, Brussels and Liège meant that I staggered through the doors late, exhausted and dehydrated. I slipped off my backpack, let my tripod clatter against the leg of a chair and blundered straight into some introductory words about the film that we were going to make together and a workshop that I’d be running about film as a research tool.

My back still soaking from my 45-minute hike from the station, I subsequently propped myself against a stone pillar, downing glass after glass of water and chain-eating complimentary apples. As I did so, I was approached by Sven Dupré, chair of history of art, science and technology at Utrecht University.

“You work with Roger Kneebone, don’t you?” he asked.

“I use your videos in my teaching and recognised a screenshot from your introduction.”

The film in question was one that I’d made with a colleague, Bea Moyes, to accompany an article that Roger, professor of surgical education and engagement science at Imperial College London, had published in The Lancet. It looked at how people working in different disciplines use thread. We captured practices as diverse as surgery and fly fishing, using the medium of film to juxtapose and comment on shared knowledges, processes and expertise. The project was part of a long-term collaboration with Roger, documenting embodied practices and ways of knowing.

Usually, however, I don’t get to see the impact of my films. So, ignoring the three apple cores in my hand (there wasn’t an obvious bin), I listened as Sven told me about his cross-disciplinary collaborations and how my film helped his group discuss the knowledge and experiences they shared across seemingly unrelated areas. He also used it, he added, in his summer school for medical students, to have them reflect on the sensory skills that they develop during their education; aspects of their practices that are difficult to put into words.

During the next three days, I met academics from all over the world, many of whom used film or some other medium of expression to make their arguments and articulate their positions. That is, they used film for purposes beyond the impact and engagement agendas pushed by managerial bodies. But some complained about interference with their projects – turning, for instance, an attempt to document an archaeological dig into a public relations exercise for their university. Many felt held back in their careers; some had even been put into a separate, pseudo-academic (non-tenured) employment category.

All seemed to agree that universities have difficulty appraising and accounting for anything expressed, even partly, in a non-written form. But we could also all agree that in this multimedia age we must offer collective resistance to having our work and thinking shaped and evaluated solely by a few, high-impact journals. This isn’t a new suggestion, yet, puzzlingly, it continues to be seen as radical.

More than half my own output is in film. A few, such as the one about thread management, are in peer-reviewed journals as an integral component of an article, and represent some serious thought. I’m acknowledged as a film-maker in these cases, but, despite my arresting data, interpreting it and constructing an argument – in short, doing what one would do in any academic work – I don’t get to call it a publication. Hence, while such productions may be valued for their external impact, they are next to useless when applying for jobs. In effect, I’m taking a career break.

My conversations in Maastricht reminded me of a panel that I spoke on a couple of years ago about film and academia. A student asked me when I thought film would replace writing. His question assumed that I would be an ally in a debate about “practice-led research”. But I grow impatient with this rhetoric. Practice-led research is a tautology; research is a practice, regardless of the medium in which a thesis is articulated. I really don’t see how it has to be more complicated than that.

The medium should merely be appropriate. Most of the time, this will mean writing because it’s far more efficient to write words such as and, but and therefore to express relationships between concepts than it is to make connections in a medium such as film. I’m actually quite traditional in sharing our profession’s general commitment to the written word, and I’m writing a book at the moment. But as long as the work is clear, we shouldn’t be partisan about the medium, as if we were teenagers arguing about whether an Xbox or PlayStation is better.

I started out publishing in film because I could charge for it during impecunious years studying for my PhD (it’s rare for academics to know how to use film-making technology). But I continue to publish in film because I’ve evolved an interest in embodied knowledge, and how to arrest such knowledge, refer to it, argue with it and interpret it. My current collaborations with, for example, Imperial College and the V&A Research Institute, contractually oblige me to produce scholarly work in this medium. And the teams I collaborate with there have given me the confidence to bridge my film-making practices with my cultural history: to use the medium of the former to critically engage with the material of the latter.

I’m chugging along quite nicely, going from project to project. But I worry about being able to eventually find a permanent position in an academic world that simultaneously encourages “innovation” while protecting sacred practices.

Author Bo: Paul W. Craddock is an honorary senior research associate in the department of surgery, UCL, and the director of Smart Docs.

Tags: film as a research tool