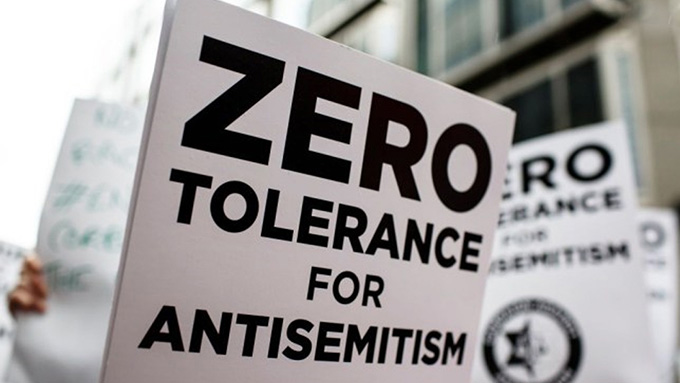 The heads of English further and higher education institutions recently received one of the most extraordinary and disturbing letters ever written to them by a secretary of state for education.

On 9 October, Gavin Williamson emailed all such institutions – both public and private – under the purview of the Department for Education to “ask” them to “adopt the International Holocaust Remembrance Alliance’s (IHRA) definition of antisemitism”.

And so saying, Williamson launched into a glowing and quite uncritical two-page summary of this “definition”, pointing out that it had been “adopted” by the British government as long ago as 2016.

Confessing himself “frankly disappointed” that most HEIs had not yet signed up to the definition, Williamson then revealed that he had asked his officials “to consider options that include directing the [Office for Students] to impose a new regulatory condition of registration and suspending funding streams for universities at which antisemitic incidents occur and which have not signed up to the definition”.

“You should have no doubt,” he concluded: “this government has zero tolerance towards antisemitism. If I have not seen the overwhelming majority of institutions adopting the definition by Christmas then I will act.”

I am not concerned here with the minutiae of the IHRA definition of antisemitism, although I should say – as I and a number of other well-informed Jewish commentators have said in print elsewhere – that it contains numerous ambiguities and was, in any case, never meant as a legally enforceable tool.

What concerns me here is the threatening language employed by the secretary of state, used, no doubt, quite deliberately to bully and browbeat providers.

And to what end? Certainly not to enforce, say, fiduciary responsibility or health and safety legislation. If either of these objectives were in play, I could well forgive Williamson’s harsh language; indeed I would probably applaud it. But we need to be clear about what the end is here.

Williamson is telling providers that unless they adopt a particular mode of thought (in relation to anti-Jewish prejudice), they could find themselves at the receiving end of financial penalties. They might even endanger their registration with the OfS, which is essential if their eligible students are to draw down tuition funding from the Student Loans Company.

Whether the OfS has the legal authority to withdraw registration on these grounds is, of course, itself open to question. Indeed, the 2017 Higher Education & Research Act (HERA) that established the OfS specifically obliges it (in Section 2) to have regard “to the need to protect the institutional autonomy of English higher education providers”. The OfS was certainly not set up to breach that autonomy at the political and/or ideological whim of any secretary of state.

It remains to be seen whether Williamson will carry out his threat. Should he do so, the implications of such a shameless act of ministerial overreach are breathtaking. Other religious and ethnic groups are bound to exploit the precedent and demand that their interests are similarly enforced by ministerial fiat and OfS agency. A door will have been opened that it will be exceedingly difficult and probably impossible to close.

I’ve been told that Williamson has been advised to wait until a suitable piece of draft primary legislation reaches Parliament that will allow him to amend the HERA to give the OfS the authority it will need to enforce the IHRA definition. Whether the OfS will itself be happy to be used in this way is another question that will have to be asked. My own soundings suggest – unsurprisingly – that it is not.

Anti-Jewish prejudice on campus is without doubt a serious problem. However, legislation is already on the statute book to deal with it: namely the Equality Act of 2010. Indeed, this was the very document that was recently used by the Equality and Human Rights Commission to excoriate the handling of antisemitic complaints by Williamson’s political opponents in the Labour Party under its previous leader, Jeremy Corbyn.

Does Williamson know this, I wonder?

Author Bio: Geoffrey Alderman is Professor Emeritus at the University of Buckingham.