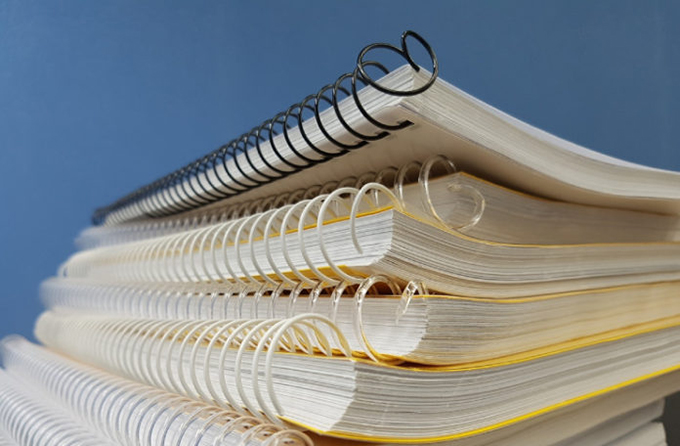 A recently released policy guide book for teachers and schools has been receiving some criticism. For instance, an article in the Daily Telegraph claimed:

Teachers are being told not to use phrases like “girls and boys”, “normal” and “other” in class – but they should make students aware of “superdiversity” and “declare a climate change emergency” as a way of “telling the truth” about our “climate breakdown”.

The article is talking about Building Better Schools with Evidence-based Policy: Adaptable Policy for Teachers and School Leaders, which I edited along with Andrea Reupert, and Lindsay Oades.

Although the article claims the book offers “instructions” designed by “academic boffins”, this is not entirely correct. 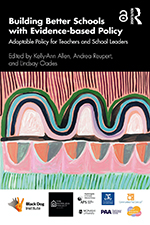 The book is meant to be a free guide for teachers who may want to read the evidence on their topic of need. The policy templates are not prescriptive. The editors encourage users of the book to consider and adapt the policies to suit their unique school context, priorities and culture.

Topics such as “superdiversity” and “declaring a climate emergency” are only only a small selection of the 35 other topics in the book. Themes range from student participation in physical activity to well-being, excellence in Indigenous education and offering feedback for learning.

Teachers can say ‘boys and girls’

The book includes a chapter on transgender and non-binary students. This is where the criticism of being “told not to use phrases like girls and boys” come from.

The chapter suggests schools consider the language they use in the classroom to support inclusion.

The part about boys and girls more specifically asks that “staff should not divide students by gender for class activities, sports, subjects, lining up, et cetera” or address students as “girls and boys” if they want to create an inclusive environment specifically for students whose gender is not described by the binary categories of boy or girl.

Recommendations to use gender inclusive language, particularly when pronouns are not known, is not new and is endorsed by several international bodies. The American Psychological Society advises terminology like “everyone”, “students”, “children” are useful alternatives to addressing class groups as “boys and girls” to ensure students are affirmed and aren’t misgendered.

Another critical interview on Sky News with Mark Latham circled around the term “superdiversity”. This refers to the array of differences that make up the population and acknowledges how the individual aspects that create diversity can interact with each other.

It comes from a chapter which responds to the increasing diversity seen in classrooms such as “disability, cognitive skills, gender/sexuality, and religious affiliation”. Diversity may also include “personality, interests, socioeconomic status, individual needs, and a wide range of other variables”.

The Daily Telegraph article suggested the book tells “teachers to stop using phrases such as English as a second language”. But the advice comes from one of several considerations for inclusive practice such as avoiding terms “which place students’ knowledge in a deficit manner”.

For instance, the term “ESL student” may not be problematic it itself, but the way it is used can be inaccurate for some students who speak multiple languages. This finding is drawn from a study of young students with various bilingual identities in Australia.

The message is that “each child has a range of personal characteristics that need to be considered in all aspects of school life”.

Another of the book’s chapters outlines “why and how a school might go about declaring a climate emergency policy”. This is based on a scientific consensus of a warming climate linked to human activities. For instance, the Intergovernmental Panel on Climate Change (IPCC)‘s landmark Special Report on Climate Change warns of catastrophic climate change consequences by 2030 if we can’t limit warming to 1.5˚C above pre-industrial levels.

The policy also supports the UN’s Sustainable Development Goal 13, to “take urgent action to combat climate change and its impacts”.

As the chapter suggests, teachers and students should “play their part in responding to this global declaration of a climate emergency”.

What evidence we used

Each policy has been authored or co-authored by researchers who are considered leading authorities on the topic. They include Laureate Professors John Hattie (expert in feedback for learning) and Marilyn Fleer (play in schools), Distinguished Professor Neil Selwyn (digital technologies) and Professor Andrew Martin (instruction to reduce cognitive load).

While the Sky News interview talked about identity politics and a left agenda, several policy recommendations in the book have been endorsed by the people levelling criticism against the book. For instance, the chapter on reading instruction by Professor Pamela Snow, Kate de Bruin and Linda Graham, endorses using systematic phonics instruction — which Mark Latham supports.

Each contributor was also asked to rate the evidence they used to support or inform the policy, and provide transparency. They rated the evidence in terms of impact (and potential impact), how it can be generalised and the ease with which each policy can be implemented. These ratings are provided in the book.

[What’s Inside?] Evidence! ???? Each contributor responded to a rating of evidence for transparency + to highlight needs and potential funding priorities.
Take a look ???? #BuildingBetterSchools https://t.co/uFvDlzAwQT #TeacherTwitter #AcademicChatter #ResearchtoPractice #OpenAccess pic.twitter.com/90UgwQsIcV

Each policy has been also reviewed by those considered its ultimate users, including parents and teachers.

This book does not seek to impose any specific ideological point of view into education systems. There is a known gap between research and practice. The book aims to fill that gap, providing the evidence straight to teachers as and when they might need it.