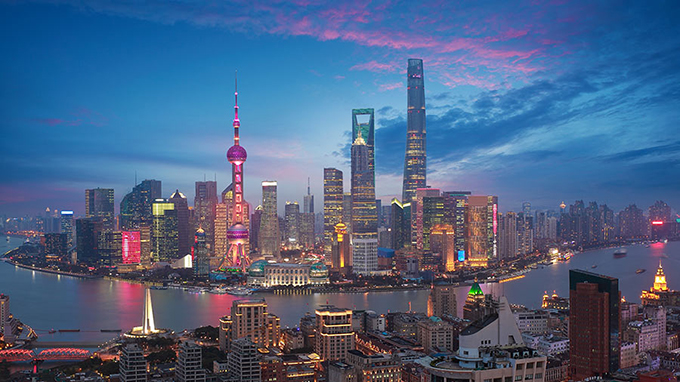 Between 1999 and 2010, at a time of profound reforms in the university system and administration, a new type of university training in public management was set up in the People’s Republic of China, the MPA ( Master in Public Administration ). This master may at first glance seem an astonishing creation because of its foreign inspiration in a field where the incompatibility between the Chinese and American institutions and political systems seems most pronounced.

I wanted, over the course of this essay, to retrace the trajectory of this educational project, thus describing a specific case, delimited in time and space. The interest of the specific history of the MPA is to show one of the facets of the conduct of institutional change in China today. The incursion on a “micro” scale in three universities (two in Beijing and one in Shanghai) sheds light on two transformations underway in this country: that of higher education and that of bureaucracy.

I opened this essay with a certain skepticism about the possibilities of transferring an educational model and an administrative culture between systems and contexts as distinct from each other as those of the United States and China. The rapid growth of the Chinese version of the MPA, however, indicates that the transplant has been successful. Like all adaptations of species during an ecosystem transformation, a mutation has taken place. Like a genetically modified organism, the American-inspired MPA has become resistant and able to adapt to the local context by undergoing a transformation described in this book.

The history of the MPA helps us understand two larger issues. The first is that of the transnational circulation of educational models: by what springs and mechanisms does higher education allow the dissemination of ideas from one value system to another? The second is that of controlling the transformation of the State: how is change managed within a political system founded on State control by a Communist Party which governs without alternation or separation of powers? What is happening in China today is difficult to interpret in light of the paradigms known in Western democracies.

The models and development paths historically tested during the XX th  century associated the market economy to the development of forms of liberal democracy. The totalitarianism of the XX th  century were considered anti-modern movement, since, as recalled by the historian and philosopher Marcel Gauchet, they have led to the denial of individual autonomy by imposing submission forms, be it ideologies or “secular religions”. Thinking of modernity outside the framework of liberal democracy has been difficult until then. However, post-1978 China seems to have embarked on the path of political experimentation, allowing it to reconcile modernity and the maintenance of an undemocratic regime.

Based on the case of China, the philosopher Alain Badiou tried to formulate the hypothesis of a “non-capitalist modernity”, while the CCP prefers to speak of a socialism “with Chinese characteristics” or “colors”, combining pluralist elements (elections at municipal and intra-Party level, the guarantee of some fundamental rights and freedoms, and embryonic forms rule of law) with the Party-State system, characterized by a single party and the coercion and surveillance peculiar to authoritarian regimes. (Among Chinese intellectuals who try to theorize Chinese exceptionalism in matters of democracy, let us recall Jiang Qing (Yangming Academy), He Zhengke (Peking University), Cui Zhijuan (Tsinghua University), Pan Wei (Peking University). positions are presented and discussed by Emilie Frenkiel in Parler politique en Chine ).

The persistence of Party control is generating a socialist Chinese market economy that does not resemble known typologies of capitalism, including in Asia. The economic, administrative and political elites coincide, and create institutions that resemble our own, yet with governance mechanisms that work differently. Several economic and scientific sectors have been opened up to global competition, but with sustained financial support from the state. A real labor market is taking shape, however the appointments of senior officials of large industrial and financial groups still follow the nomenclature system specific to communist regimes.

Post-Maoist China is also hybrid in the political domain where the Party, by alternating phases of closure and opening, tries to redefine and reinvent the notion of democracy, to experiment with elections, of course, but within a well-defined perimeter and narrow. China does have a Constitution, whose legal force is not above the law, just as it claims to have a rule of law, which does not however correspond to the definition of a rule of law, essentially because the lack of separation of powers. The Party itself is above the law.

Many Chinese consider their regime to be a form of democracy. There is civil society, as well as public opinion, alongside powerful systems of control, repression and attacks on individual freedom of expression. The reforms indicate that the Party intends to adopt certain institutions of Western democracies, while making a choice among them. International competition, selection by competence, management autonomy of higher education establishments are thus accepted – all areas which are crucial for innovation and scientific and technological upgrading. On the other hand, checks and balances, electoral democracy, the independent press and freedom of association are excluded.learning from the failures of others. The Party sorts, imitates, innovates and reforms.

The watchword is “modernization”, a concept that brings together and federates national as well as international public opinions: the term takes on a variable meaning depending on the circumstances, to be associated with democratic transition, efficiency, transparency and to good governance, or on the contrary to the service of the search for a unique path, associating economic and scientific competitiveness, international power and political stability, while remaining within the framework of the single party. The geopolitical context of global competition in which the government is leading the Chinese economic miracle gives rise to an inevitable tension between the desire for innovation and the imperative for political stability.

The State Party seeks to combine internal control and external power, by reforming as much as necessary to increase the competitiveness of its industries, in particular through human capital. The MPA contributes to such a race to catch up skills. As a bureaucratic training device imported into the Chinese university without articulation with previous devices, it is located precisely at the heart of this process of modernization and of the tension underlying it. This essay ultimately deals with the essential question of ethos, that is, of the values ​​which guide the personal and professional choices of the new generations of bureaucrats in China.

Through the action of the MPA, a fruitful encounter takes place between the teaching of public policies, inspired by foreign theories and entrusted to teachers trained outside China, and the universe of administrative practices in which Chinese students evolve.

This shifting of lines accelerates the adoption of pedagogies, working methods and forms of governance hitherto unknown in the reception environment, the effects of which are felt in universities and even in the workplaces of students. A new administrative culture is under construction.

The reflections of MPA students, often distanced and disenchanted with communist ideology, are also, in a coherent way with one another, in great resonance with what can be called the “official project” of the government. of the time (1998-2008). The speech of necessary modernization of the country by economic development elicits the support of almost all students and teachers of MPA. We could thus reread the history of the MPA as that of the search by the Party-State for an additional relay to consolidate the social legitimization of its policies.

The university and the formations of Western inspiration like the MPA contribute to the consensus around the modernizing discourse. When the government authorizes higher education establishments to offer a diploma of foreign invoice in the name of an imperative of professionalization and modernization of its administration, it causes the adhesion of several publics: the administered citizens, the university community and the officials.

By bringing public sector executives into the field of professionalization – in the sense of neutral and modern technicality because it conforms to world standards – the Party-State introduces a new type of control. This is no longer based on censorship, coercion or the transmission of an ideology. By choosing to develop their professional skills and, therefore, the scientific improvement of administration, MPA students voluntarily accept the state-society relationship as the Party proposes it today, thus becoming relays of legitimation (Luigi Tomba, ““ A Harmonious Society ”: Changing Governance Patterns in Urban China”, unpublished paper presented on the occasion of the Fourth International Convention of Asia Scholars (ICAS 4), August 2005, Shanghai).

The training in MPA, then the application of the good practices learned, turn these young graduates into virtuous citizens who embody Party membership, but for reasons that have nothing to do with alignment with the communist ideology. . The case method strengthens adherence to the modernizing discourse in the sense that it introduces the idea that public policies are not tied to ideologies, but relate to economic and technical issues. If we can study a Chinese case in Cambridge and an American case in Beijing without taking into account the nature of the regime, then all regimes are the same. It suffices to have known how to embrace modernity, by successively adapting the principles of economic development, then the techniques of formation of Western democracies.

To be modern is to be democratic, or rather dispenses with it. Without being able to detect in the MPA students the pronounced desire to contribute to a transition to a democratic regime “in the West”, we can nevertheless affirm that this training contributes to forging a common vision and values.

Thanks to the MPA, these actors identify themselves in a role of scouts, almost an avant-garde, able to master old and new codes, to navigate and to develop professionally in a system where a logic of meritocracy based on political loyalty. They are preparing to anticipate a probable transformation of the rules of the game towards a system based more on knowledge and professional skills.

A truly more modern administration may therefore have a short-term interest in ensuring the stability of the system from which it benefits. This does not exclude, when the external constraints have changed, that it has all the instruments, including human capital, to easily adapt to a new regime. Knowledge and skills are well acquired, but they are “potential” from the point of view of their exercise. State officials trained in Chinese MPAs want to play on all fronts, maximize their chances of social advancement, whatever direction the country takes. They are ready to follow opportunities where they arise.

If, in the future, a modernizing dynamic prevails – erecting merit and competence as supreme values ​​for promotion in administrations and the Party -, the MPA will have given these professionals the credibility and credibility necessary to embrace the new environment. . If, on the contrary, a conservative dynamic is required – one that preserves and perpetuates past behaviors and practices so that change is built not in opposition, but by relying on the internal resources of the system -, the MPA will not prevent these individuals from maintaining and progressing in a system they have never challenged.

With their broad skills and a new perspective on governance, the Chinese MPA graduates ultimately embody a paradox: they are both agents of stability and continuity, and potential actors of change.

Author Bio: Alessia Lefebure is Deputy Director, Director of Studies at the School of Advanced Studies in Public Health (EHESP)