Sydney Football Club sparked outrage this week when it advertised for someone to work three to four days a week for nine months, as a volunteer.

The unpaid job, to work as a strength and conditioning assistant, was specifically looking for someone with a degree in human movement, exercise or sports science.

But the job ad was pulled on Wednesday amid a barrage of criticism online.

This is outrageous from @SydneyFC. This is a full time job requiring a degree that they’re offering as a ‘volunteer’ role. @unionsaustralia pic.twitter.com/5lMIqXvy26

Sydney FC soon clarified that the position was actually for “¾ students each working 1 day per week for 9 months in our High Performance Dept”.

After an investigation it seems the role is intended to be an internship for 3/4 students each working 1 day per week for 9 months in our High Performance Dept. However it was incorrectly worded & badly phrased when posted by a team member not usually experienced in such matters

It said the original ad was “incorrectly worded & badly phrased”, a response that was not received kindly by those who had been following the story.

Was this team member a volunteer as well?

If those 3/4 students working one day per week are effectively replacing a paid employee, that is still unethical and wrong.

But questions remain about how volunteer work should be regulated to ensure any unpaid position is mutually beneficial for both graduates and employers.

Fair Work Ombudsman Sandra Park has outlined very clearly the difference between an internship and what should be paid work:

Unpaid placements are lawful where they are part of a vocational placement related to a course of study. However, the law prohibits the exploitation of workers when they are fulfilling the role of an actual employee.

We’ve been here before

The issue raises again the problem of interns in the workplace, a matter the Fair Work Ombudsman investigated back in 2014.

The recommendation then was that unpaid internships and work experience should:

[…] not run for a long period of time, not be work that a normal employee would perform, not require the person to come to work or perform productive activities, and mostly benefit the person, not the business/organisation.

But what is a graduate to do when looking to gain entry to the workplace, especially something as competitive as the sporting industry?

Sport has a long history of using volunteers to fill key gaps in the organisation and running of sporting events. The selling point for mega events such as the Commonwealth Games or the Olympics is that volunteers gain an invaluable, once-in-a-lifetime experience.

These volunteers are often used to guide athletes and sports fans around stadiums. Sport promoters also leverage the “glamour of being behind the scenes” of an international sporting tournament to drive volunteer numbers. 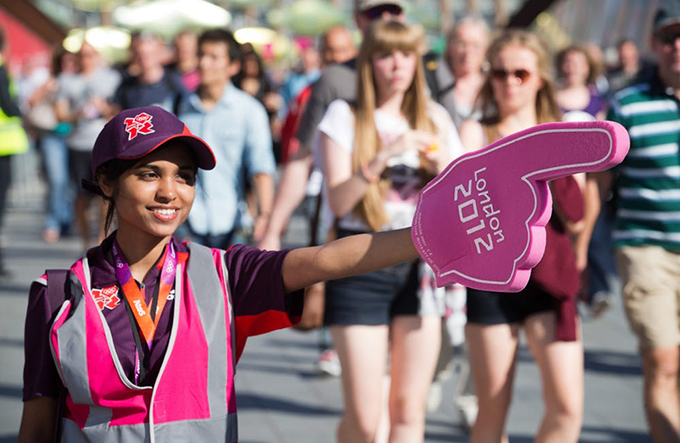 A volunteer directs spectators to the Olympic stadium in London, UK, ahead of a rehearsal for the opening ceremony in 2012. EPA/Michael Kappeler

A study done for the International Olympic Committee (IOC) on volunteers at the 2000 Sydney Olympics said their value at the time was at least A$109,756,925 for the 40,000 volunteers who provided assistance.

Now, 20 years later, Tokyo organisers will use twice that many volunteers. The 2020 Tokyo Olympics has put out a call for 80,000 volunteers, bringing debates about volunteering to the surface once more.

Internships get students in the door

Unpaid internships give students the opportunity to kick off their careers working in an industry they are passionate about. Our sports management students undertake a 120-hour internship as part of their degree, receiving vital experience and training within the sports industry. 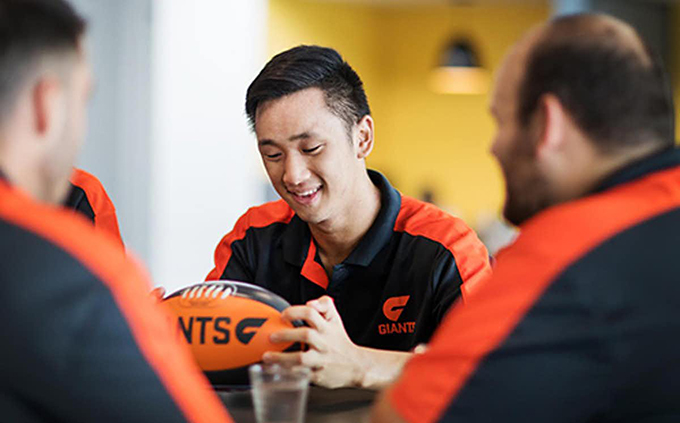 As Rowan Choi, a sports management student, put it:

These sorts of internships at big sports clubs are invaluable. They are a great opportunity for students to branch out and make connections with industry professionals, gaining experience you would not get anywhere else.

But while undergraduate students who undertake internships as part of their degree are under regulation by an academic supervisor, there is a growing concern that recent graduates may be left exposed, as the Sydney FC issue has highlighted.

Universities have work to do

If universities are to remain as stakeholders on the issue of internships, then that brings greater responsibility on them to prepare students for the world of work after they graduate.

From the day they start, students want to know what job they’ll get when they graduate and often use a range of metrics to determine their preferred choice of institution.

But are universities equipping our graduates well enough to know what a good opportunity looks like?

Recently it was found that 19% of students said they didn’t feel they had learnt enough to be job-ready.

Add to this the Australian government’s desire to link student outcomes to university funding, and this sets up a situation where higher education providers can no longer ignore the role they have in this matter.

What was once a case of offering internships and placements as an option is fast becoming an integral part of university study.

This is often easier said than done, considering students are generally adapting to the university environment and the pressures of study and not focusing on their career until their final year.

Research has found that by embedding work-readiness skills early, and then reinforcing these throughout the course, students are more likely to see the importance of including real-world experiences in their studies.

Thus, by the time they reach the point at which an internship is offered, they have had time to consider the benefits and weigh up what is the best placement for them.

Our advice for graduates:

Let’s hope some lessons have been learned by the recent Sydney FC posting. The club’s CEO, Danny Townsend, has apologised for any misunderstanding over the ad, but goes on to praise the important role internships play in people getting paid positions.

We often post ads to provide a fair application process for these internships. We are proud of the many professionals now working on our industry who have gained some first work experience @sydneyfc. In fact we have 6+ current full-time staff who started out as interns with us!