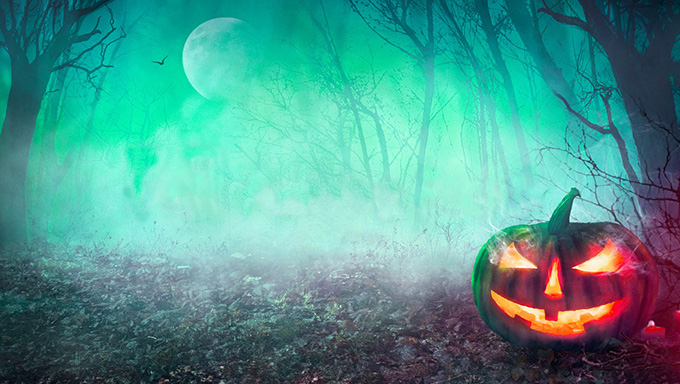 Halloween is approaching and the season lends itself to the discovery (or rediscovery) of tales and legends, especially as witches are in the limelight of many children’s books. They can be beneficent or evil figures, according to the tradition from which they come.

The first figure, that of the evil witch, often depicted as old and ugly, comes directly from the Renaissance when the witch hunt was in full swing in Europe and the north of the American continent. Many negative clichés made at that time – such as the hooked nose, the magic broom, or the Sabbath, these nocturnal assemblies of witches – have infiltrated youth literature through fairy tales.

As Mona Chollet explains in her book Witches, the unconquered power of women , from 1900 and the publication of the Wizard of Oz Frank Baum, the figure of the “good witch” (Glinda, the good witch of the south ) appeared in literature. Many books have continued in this line in the XX th  and XXI th  centuries depicting friendly witches who use their magic for good. 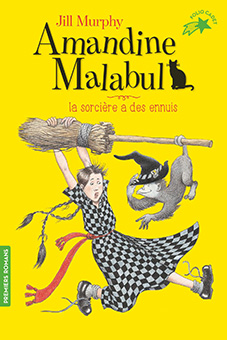 One of the first youth books to tell the story of a witch is Amandine Malabul (original title The Worst Witch ) by Jill Murphy, published in 1974. This book mixes both a school story and a story of magic for create a new sub-category in youth literature, becoming internationally known with the Harry Potter series . Amandine Malabulis the story of a little witch, very clumsy and unlucky, who enters sixth at the Academy of Sorcery. She can not cast spells, her tabby cat (and not black as the school wants) can not hold on her broom and she even turned one of her friends into a pig without doing it on purpose! This series of eight books (published between 1974 and 2018) is very accessible to young readers and can be extended with the three seasons of the Netflix adaptation (2017-2019) of the same name.

Even French youth literature presents small clumsy and harmless witches, like Touloupé who, despite her involvement, can not put into practice the teachings she receives. In these stories written by Calouan, illustrated by Cynthia Bernabé and published by Editions Lutin Malin reign a smile and a good mood conducive to conquer young readers. 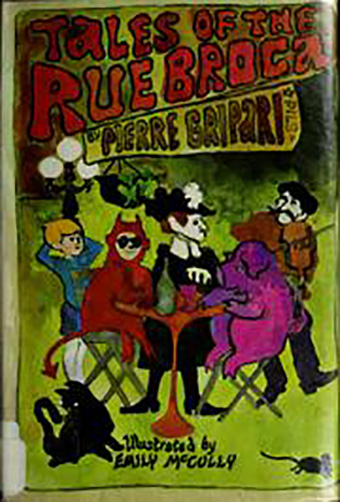 As for the negative figures, the Tales of the street Broca of Pierre Gripari , published in 1967, are a famous example, with the portraits of the witch of the rue Mouffetard and the witch of the cupboard with the brooms. The first, who lives in Paris, in the district of Gobelins, discovered one day by reading a statement in the Journal des sorcières that to become young and pretty, you have to eat a girl whose name begins with the letter N. far from it, in Broca Street, where, as we read in the preface of the collection, people have in common the love of stories, live Bachir and his sister Nadia: the little girl who could help her to realize her dream!

The old witch on Rue Mouffetard thinks of all the possible ploys to trap her and take her away. Alas, everything turns out to be useless until the day she manages to lock her up in a cash drawer. With a lot of irony and a little pinch of macabre, Pierre Gripari tells his little readers the story of this horrible and cruel witch, while making them discover the strength of the fraternal bond.

In the tale of “The Witch of the Broom Closet”, the reader follows the adventure of Mr. Pierre who bought a haunted house. Having unfortunately pronounced the magical incantation after dark (“Witch, witch, take care of your behind!”) He finds himself forced to ask three impossible things to witch otherwise it will prevail. The story follows the structure of a traditional fairy tale with three successive trials for the hero, while interweaving contemporary details creating a humorous shift for the reader. 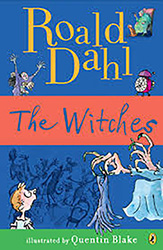 In Sacred Witches of Roald Dahl , witches lurk among us to carry out their evil plan: to remove children. Our hero, a seven-year-old boy, and his grandmother will end up at the Witch Congress in the presence of the great witch, who hates children more than anything . Dahl’s offbeat style, well known through Charlie and Chocolaterie , Matilda , Le Bon Gros Géant , is not lacking in this 1983 work, which is recommended by Gallimard from the age of nine.

A 1990 film of the same name can complete the reading (even if it is aimed at children a little more mature) and, in 2020, a second film inspired by Roald Dahl will be released in cinemas. 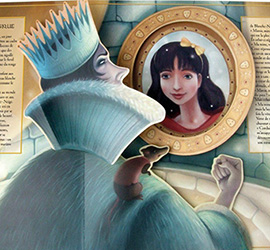 And how to forget the witch who has long fascinated, or scares, all children? This witch without a broom or black hat, but whose instruments of power are a magic mirror and a poisoned red apple? Among the many rewrites of Snow White , the album put in images by Mayalen Goust, and whose text quite faithfully reproduces that of the Brothers Grimm, is an extraordinary example of the result that can result from the meeting between a timeless tale and illustrations original and spectacular.

The stepmother, envious of the beauty of little Snow White, embodies all the most negative characteristics of a wicked and cruel witch. Mayalen Goust’s album can be read as a family or by children alone if they want to (re) discover this classic of children’s literature.