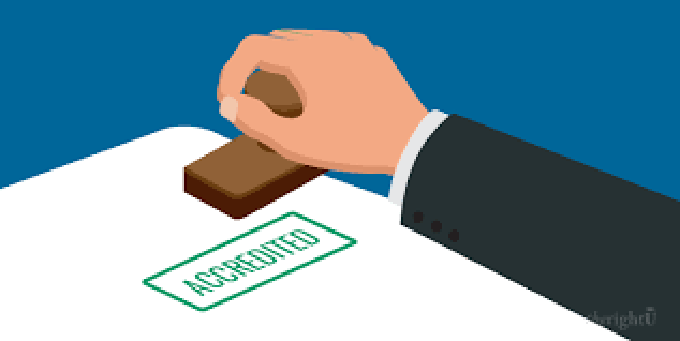 The College Meltdown recently had a post which basically said what I showed years ago in my book: accreditation is a fraud.

Before going on, a quick overview of accreditation: well over a century ago, our institutions of higher education got together and decided to share ideas on how to run their institutions. It was a completely voluntary system, and so what rules there were, were given as suggestions, with an underlying assumption of good faith.

We live in inverted times today, and now schools’ only purpose upon opening their doors is to become accredited, and being a good school first if at all is irrelevant (although admin will tell you they’ll care about quality after getting accredited). It’d be nice if this were the only inversion, but the reason for this inversion is key to the rest: the student loan scam. Only accredited schools qualify to get the ridiculously huge torrent of Federal student loan and grant money.

I taught at an unaccredited school for a few years; I assure the gentle reader that when students were paying for classes with their own money…they cared more. Once that school became accredited, it basically doubled in size from one semester to the next, and then again, but classes were filled with kids who believed they were going there “for free” and no longer cared.

Insiders in higher education have been well aware of the corruption inherent in accreditation, but few speak of it publicly. The way the system works, accreditors like the Higher Learning Commission receive most of their their money from member schools, which gives them a vested interest in keeping their customers viable, even among their worst or most predatory performers.

The above quote is rather telling: everyone who works in this industry knows accreditation is a fraud. The faculty at the fake schools know it the most, although at least a few think the school is defrauding accreditation (that’s what I thought, until I went line by line through the accreditation rules and saw with my own eyes it’s basically impossible to defraud the accreditors, because they just don’t care).

Rather than acting as auditors, higher education accreditors for decades have acted as shills for whomever they accredit, and that can include some of the most predatory and substandard schools in America.

Part of the reason accreditation is a fraud is they get paid, and paid handsomely, by the schools wanting to become accredited. Accreditation used to be a voluntary process, but almost no school can compete with the kind of money an accredited school gets. So, each school pays the fees, which can add up to hundreds of thousands per school per year. This may not sound like much but the accreditor does almost nothing for that money, because accreditation was built from the ground up to be a voluntary process only for schools willing to do all the work themselves.

Another big reason for the fraud is the people working for the accreditors are also working for, or used to work for, the schools. The conflicts of interest here are multitudinous, little different than the Congress/lobbyist relationship we see in our government.

“I really worry about the intrusion of the profit motive in the accreditation system. Some of them, as I have said, will accredit a ham sandwich, and I think it’s very important for us to make sure that they’re independent and not being bought off by the Internet.” -Mary A. Burgan, General Secretary of the American Association of University Professors (2000)

Since the rules are basically voluntary, it’s quite rare for a school to lose accreditation, almost every rule is something the school “should” do, not “must” do. The only exception, of course, is to pay those fees. That rule cannot be violated!   (Accrediting fee schedule here, for those interested.)

As I said before, we live in inverted times. Modern medicine sickens, schools mis-educate, media misinforms, food malnourishes…so many lies. Granted, the very observant can read food labels, be wary of doctors, ignore our mass media misinformers, and be extraordinarily wary of doctors…but when it comes to higher education, for generations we were given to believe accreditation was a seal of legitimacy.

No, it’s just one more inversion. Accreditation is, far more often than not, a sign that the school has been corrupted by our student loan scam, and nothing more.