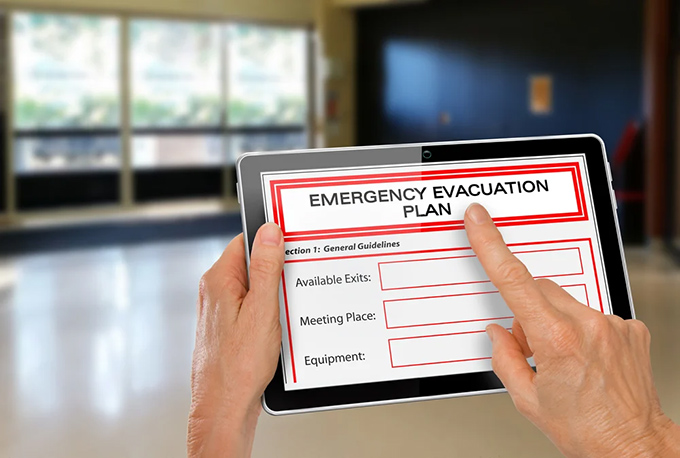 With the global pandemic seemingly ending after wreaking havoc for two years and with the Uvalde shooting reminding us that school shootings still happen; many parents rightfully worry about the safety of their schoolchildren.

In today’s article, we’ll be taking a deep dive to explore exactly what schools do to improve their safety standards and keep their students safe and healthy.

The biggest obstacle to complete school safety lies in violence and gun violence. Despite the exhaustive strategies employed by many communities to prevent gun violence, these horrible events still take place, and schools have seemingly become a hotspot.

Since it’s impossible to predict if anyone will actually take a gun and attempt murder at school, schools try to protect their students from gun violence with multiple methods.

Firstly – education and shooting drills. Most public and private schools have yearly (or even more common) shooting drills, teaching both students and teachers how to stay safe and remove themselves from a dangerous situation.

According to NIJ Journal, more than 50% of school-based police officers claim that the emergency plans in place aren’t adequate for school shootings.

Secondly, many schools employ physical security. This includes both security guards and metal detectors, which are common in many schools. Unfortunately, some individuals find ways to bypass these strategies.

School is often the first place where symptoms of certain conditions manifest, be it physical or mental. School counselors are often the first form of support that students find, especially when it comes to mental illnesses, as many are still afraid to talk to their families about that.

Health screening in schools is immensely important, as regular checkups can lead to the early discovery of various treatable conditions and illnesses. Having a regular checkup at the doctor is the best way to prevent the development of any serious health issues.

This became especially apparent during COVID-19, which forced both teachers and students to rely on online classes. After returning to class, daily checkups were still needed.

Since a high temperature was one of the first symptoms of a COVID-19 infection, students and faculty had their temperature taken each morning before getting permission to enter the building.

This standard procedure was seen not only in school, but in most public and private institutions.

Just like all government buildings, schools have to adhere to certain fire safety codes to minimize the chances of a fire breaking out. On top of that, schools are bound by law to host regular fire drills, teaching students how to calmly and effectively leave the building in case a fire starts.

In Pennsylvania public schools, for example, fire drills have to be conducted at least once a month during the school year.

A similar rule applies to bus evacuations. Since a massive number of students use school buses as a mode of transportation, all school entities that use buses have to conduct at least two emergency school bus evacuation drills during the school year.

Children have to learn how to use emergency exit doors and fire extinguishers.

About 28% of students reported being bullied at school in 2008/2009 schoolyear. Bullying, be it cyberbullying or ‘real life’ bullying, damages the mental state of an individual significantly.

Unfortunately, suicide is the third leading cause of death among young people, and victims of bullying are almost 9 times more likely to consider suicide than people who haven’t experienced bullying.

Bullying can leave severe consequences on the victim for decades after the actual bullying had ended, effectively maiming the victim emotionally and causing irreparable damage.

Teachers are usually the first ones to notice physical (the more obvious) and mental (the less obvious) signs of home abuse. In case this happens, the teacher is bound by law to report the child’s parents to social services to determine whether abuse is actually taking place or if something else is afoot.

Thankfully, teachers are usually very responsive in this manner and they’re not likely to turn a blind eye to home abuse. In some states, everyone is considered a ‘mandated reporter’, meaning that they’re legally obliged to report crimes – in this case child abuse – to the proper authorities.