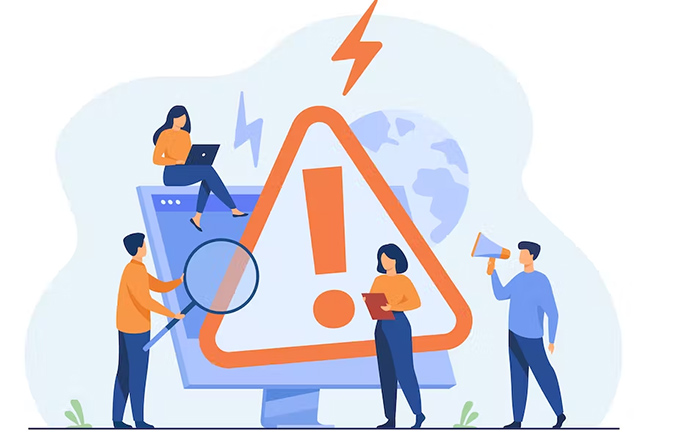 Since the creation of the “single college” in 1975, the college has regularly appeared as the “missing link” of the education system. Although it has been off the political and media radar for the past five years, the new Minister of National Education, Pap Ndiaye, has just brought it back to the fore, declaring in an interview with Midi Libre on September 18 that we “must now to attack the college because it is the sick man of the educational system”.

As sick symptoms, he mainly mentioned the results of the pupils in mathematics and languages. Which does not fail to surprise, because even if the results are indeed not good, it is not the first time that we can see it, far from it. But, in the past, these results at the college level have not aroused many emotions or reactions, unlike those in reading, spelling or history at the primary level which have repeatedly hit the headlines. .

Should we see in this new interest, for mathematics, the return effect of passionate diatribes on the new place of mathematics during the reform of high schools? And, for languages, would there be a link with the announcement, last July, that the assessment of foreign language skills would become an option in the international PISA study from 2025  ?

Still, this evocation of the “college, sick man of the education system”, has again agitated those who consider the “single college” under the prism of an “autoimmune” disease, to be condemned without appeal and on principle, and those – very different – ​​who rather think that the “single college” was not really set up in a coherent way, and until the end of the project. For some, this creation had no place to exist, and it should be suppressed. For the others, creation has not gone far enough in its logic and it would on the contrary be necessary to deepen and consolidate it, or even to refound it because they suffer from a congenital disease.

It was the President of the Republic Valéry Giscard d’Estaing who wanted this college against all odds; even against everyone, starting with some of his relatives. As early as July 25, 1974, he publicly declared:
“The first objective is to raise the level of knowledge and culture of the French […]. We can ask ourselves the question of knowing if, alongside the obligation of schooling until the age of sixteen, we should not imagine another obligation which would be to give each Frenchwoman and each Frenchman a minimum knowledge.
But the expressions “minimum knowledge” or “minimum knowledge” used by Valéry Giscard d’Estaing are quickly understood or returned by political or union oppositions in the sense of “minimizing knowledge”. Even some of his relatives are distinguished by their principled opposition to the “single college”, in very virulent terms. Jean-Marie Benoist, yet a UDF candidate (Giscard d’Estaing’s party) in the 1978 legislative elections, accused in a book entitled The Sacrificial Generation of this reform of “moving towards the reign of uniformity, worthy of popular democracies [ …]. This results in the guilt of all aristocratism, of all elitism in knowledge: to shorten what exceeds, what excels, that is the watchword”.

Paul Guth, Giscard d’Estaing’s literature teacher in ninth grade, joined in the chorus of irrevocable condemnations in his Open letter to future illiterates , also published in 1980, going so far as to accuse the reform of “washing of brain”. It was François Bayrou, yet one of the main lieutenants of Valéry Giscard d’Estaing in the UDF and Minister of National Education for Édouard Balladur, then Jacques Chirac, who launched the slogan: “single college, iniquitous college” at the start of the 1993 school year, and the watchword “to move from “college for all” to “college for everyone”.

In short, there is a whole past and a liability of diatribes which present the unique college as intrinsically “sick”, of an “autoimmune disease” in a way. Are these references that Pap Ndiaye has in mind? Or does the disease metaphor refer to the feeling that the creation of the “one college” was a failure? The main promoter of the “single college”, Valéry Giscard d’Estaing, is himself clearly aware of this original failure , in his words in an interview with Le Monde in 2001:
“Everyone had to go to college, and all colleges had to be the same. […]. The debate must focus on this question: what knowledge to give to this group of young people, who constitute a common cultural asset […]. Instead of having reduced all the education of the colleges towards general education, bringing them closer to the classes from the 6th to the 3rd of the high schools of the past, in a little degraded, it would have been better to make a new stage of the construction of the school cycle”.

Twenty years later, there has been some progress in the direction of the single college desired by VGE. The Higher Council for Programs set up by the Minister of National Education Vincent Peillon in October 2013 was the linchpin of a definition of the “common base of knowledge, skills and culture”, then of the revision of a single holding programs from the beginning of primary school until the end of college , under the ministry headed by Najat Vallaud-Belkacem.

But this progress had its limits. On the one hand, because most of the time there has not been a precise definition of how to assess what should be acquired by the pupils as a priority. On the other hand, because the question of the “college link” remained in fact dormant throughout the five years of Jean-Michel Blanquer’s ministry that followed.

Moreover, and many years before, the question of who should supervise the students of the “single college” was in fact decided in favor of the only high school teachers who imposed themselves in a fierce struggle at the end of the 1980s, with the related corollary that the college remains (if not in fact, at least according to an implicit ideal) in the cultural reference of the first cycle of the old high schools – that is to say a “small high school”, instead of being the last ad hoc cycle of compulsory schooling extended to 16 years. The body of teachers from upper primary (the “complementary course teachers” or “PEGC”, which existed in the “secondary education college”, created in 1963) was phased out from 1988. And there was no thought of resorting to the model of the teaching staff of technological or vocational high schools.

There are therefore problems of continuity: on the one hand between the end of primary school and the start of middle school, and on the other hand from the end of middle school to the effective entry into the plurality of high schools. Faced with this relative imbroglio, we most often think of more organizational than structural arrangements. And it still is.

The main parent organization – the FCPE – wants sixth and fifth graders to have no more than four teachers . The second union of secondary school teachers – the SNALC – proposes a “modular” college where students would be grouped according to the difficulties in certain subjects. During the presidential campaign, Emmanuel Macron indicated that the sixth grade should be made “an effective link with the primary school” from the start of the 2023 school year.

Experiments are in progress, in particular in six colleges of the Academy of Amiens in the form of “sixth springboard” . Students in difficulty have additional sequences in mathematics or French. Links with primary school are strengthened: school teachers can even intervene in middle school.

From the fifth, should begin an experiment of a “half-day” per week of “discovery of the trades” (a measure appearing in the presidential program of Emmanuel Macron), in the form in particular of company visits and vocational high schools, mini-internships.

These experiments could be multiplied within the framework of the major consultation campaign which must be carried out this autumn in the establishments in liaison with their local partners with a view to innovative local projects (a budget of 500 million euros being dedicated to them at the national level ). It should be noted that within the ministry it is not excluded to evaluate existing programs and see if they need to be transformed. But in what sense?