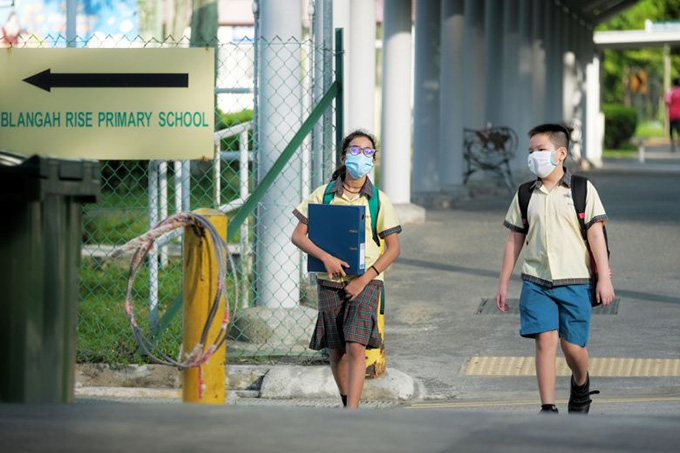 Does anyone really think that schoolchildren will be able to return on alternate days or weeks, that teachers will be reinforced by 50% or that the big problem is in the grades? Will parents also work alternately? Will we take the money for health education, will it come only from the fiscal surplus or will everything fall from the desired tax on great fortunes? Will we live the usual 17 + 1 debate on who is smarter?

How many other occurrences await us?

Will the endless parade of opinion makers continue on Twitter for whom everything goes wrong, everything is impossible, everything is an attack on the public or everything is Bolivarian? Will we surrender to whoever best manages the irresistible message of “everything for the children!”, As when it is proclaimed that those from 0 to 5 years will return and then the opposite?

The imperatives are simple, like life itself, of survival: public health requires distance, which in the case of minors requires favorable material conditions and adult supervision; the students have to recover the school rhythm, which generally requires the face-to-face work with their teachers, the return to class, although in no way exclusively or necessarily as before; children and young people must be able to socialize with each other, live and in person, although with due social distance; and parents have to go back to work, if they have it or as soon as they have it, but with the assurance that their children are being cared for, which not only means custodians (but includes it).

Add to this the diversity and inequality among students, between schools and among teachers. Among the students we have, at one extreme, those who lack the most basic equipment for schooling at home: devices, connectivity, an adequate place in which to work, to which are added the homes that could be sufficient for some tasks. schoolchildren in the afternoon but it ceases to be when school demand increases, parents telework and the same means are also used for purchases, various arrangements and family and social relationships; they overlap with them, and there are more, moreover, those who have barely learned to make any other use of technology than the easy and passive consumption of content.

But at the other extreme we also have students in superbly equipped homes, who are digitally very competent and / or have the support of others who are, and who have sufficient and comfortable spaces.

Among the centers there is also a great variety. The classrooms where we discuss how many students will fit may be similar but they are not the same, so a universal ratio ( alas, the ratios !) Will not do much good .

Apart from those, the typical center has some other specialized classrooms (computing, music, plastic, laboratories …), depending on size, stage, ownership and more, and a series of other spaces such as gyms, function rooms, multipurpose rooms, dining rooms, sometimes large porches and corridors … Surely everything was used and there was not enough space, but to fill a drawing room you have to remove the students from the ordinary, etc.

Centers have much more space than ordinary classrooms

I mean by this, simply, that the centers have much more space than the ordinary classrooms whose room is discussed so much, without counting that they already had a very different level of occupation in relation to their capacity (the public, in general, have fewer students per classroom, per teacher and per surface, but some private ones may have enviable facilities).

At the same time, many centers already had different virtual platforms where they dumped information, resources, communication or learning activities (each element is different), but others only had web pages from the beginning of the century, PDF documents and some WhatsApp group. , even in spite of himself (and, in the middle, everything imaginable). No less important, finally, it turns out to what extent a center is a center or a sum of teachers, if the management can ensure a coordinated and agile mobilization or if each teacher works in his classroom, more now that it is virtual.

Teachers are also a diverse collective

Finally, teachers are also a varied group. In this crisis, what has been essential has been their ability to transfer, adapt and reinvent themselves in an almost exclusively virtual environment, which was previously only or overwhelmingly personal, each one by himself or in collaboration.

Some had already made the jump to a greater or lesser extent or were in the best conditions to do so due to their digital competence; others not so much, but they have calibrated the emergency, have assumed responsibility, have improved their skills and will continue to do so every day; But there has also been no lack of those who have put themselves in profile, who believe that any past time was better and militate for it or who only look forward to retirement or that all this happens soon to continue as usual.

It is enough to delve into any accumulation of testimonies of the students or the families to see a sample.

Between the imperative of health and that of education

What to do now, when de-escalation involves a conflict of difficult reconciliation between the imperative of health and the imperative of education? The first dictates that schoolchildren must maintain distances from each other that are impractical in ordinary classrooms, and that without counting that, in the best of cases, they will catch infections and, above all, quarantines, there will be added difficulties in public transport and who knows what other disruptors of the old normal.

The second is that the school must provide an effective and inclusive education and, last but not least , that it is in charge of the universal care of minors. Add to this pupils with disabilities or other special educational needs, those who do not speak the vehicular language well, those who depend on the canteen scholarship for a minimally sufficient and balanced diet or those who live in homes and / or neighborhoods that were already inadequate and insecure and now they are more so.

The consensus seems to come until, when the schools reopen, the return to the classrooms will be limited (so many children, so many meters, so many days or hours …) and will take place in parallel with the maintenance of the virtual activity, online or remotely. , what has been called a teaching, or an apprenticeship, or let’s say a bimodal system (so as not to discuss here what is not so urgent) .

Can the school reorganize the lives of families?

Regarding face-to-face activity, the important thing is that it is the centers that, according to general rules (for example, of social distance or priorities) decide how to organize their activity according to their needs and means (for example, how many students, and which ones, in which classrooms, at what time, etc.), but always with a clear awareness that the economic and social life of the families around the school cannot be reorganized, but that, if necessary, be rather the other way around.

Regarding online activity, the general economic crisis will have to be taken into account, although perhaps not in the lazy way it is usually done (schools should know, for example, that equipping a student with a tablet and all the Material from a cycle within it is already considerably cheaper than doing it on paper), and to the most vulnerable groups in particular.

It will be necessary to think about synchronous and asynchronous activities, in connection and without it, individual and collaborative, supervised or not, and remember that, although the offer of digital resources is enormously rich and varied, the solutions adopted must be as simple and homogeneous as It is possible so that they are available to all students and all teachers.

Both modalities have their limits, in and of themselves and reciprocally imposed, because teachers cannot divide (although perhaps they can and should all be stretched , as many of them already do and as health workers and others have done) and homes have deficiencies often insurmountable. This is where, in my modest opinion, a third modality should enter, which we could call autonomous and / or online learning, but at headquarters .

Some students can study a few days from home; others don’t

There are students for whom staying two or three days a week at home, or any other form of semi-schooling or partial re-schooling, will not be a problem, since they have the ideal material and human environment: let them do so, with the orientation and the necessary follow-up, if that improves their safety and facilitates care for others.

But there are also students who need more than ever a place to study, for other training and development activities, even to play that their environment cannot offer them, and here we can and should go to school without having to go to the classroom. In the first place, spaces for study , with equipment and connectivity and with slight adult supervision, which is equivalent to internalizing the autonomous and / or online activity.

Is this third hybrid modality necessary and possible?

I would dare to say that this third modality was always necessary and always would have been, is and will be positive, but now it is in any case necessary, or is more so than ever, because not all households can provide support, or equal support, and except today, to the virtual modality.

And it is possible because, as I said at the beginning, schools have a wide collection of spaces that perhaps were optimally used with the criteria of the past, but which are not fully operational and may be otherwise in the current situation. of emergency.

There are no formulas for everyone, but moving some furniture (which is why they are called that, even if they are bolted to the floor), even throwing some walls if necessary (most of them are in plaster), with intelligence and with the desire to collaborate, they they can do many things.

It will be necessary to add human resources with appropriate formulas to the urgency and transience (hopefully) of the situation: temporary teachers, trainees, caregivers, volunteers …; In no case, let us say it clearly, would it be a matter of sneaking in through the back door an increase in staff or a general reduction in ratios: the only idea, unworthy.

It will be necessary to arbitrate, where possible and useful, forms of collaboration with other institutions and public and private entities: libraries or municipal sports centers, parishes, etc.

And, by the way, the intensive , compacted, or poorly named continuous morning school day , which has been imposed everywhere on students and families, even if they were harmed, whether they wanted it or not, for primary and compulsory secondary education in much of the country. Public school (not so in the private and concerted one, where families can vote with their feet), should simply be ignored in this context, if not pulverized forever.