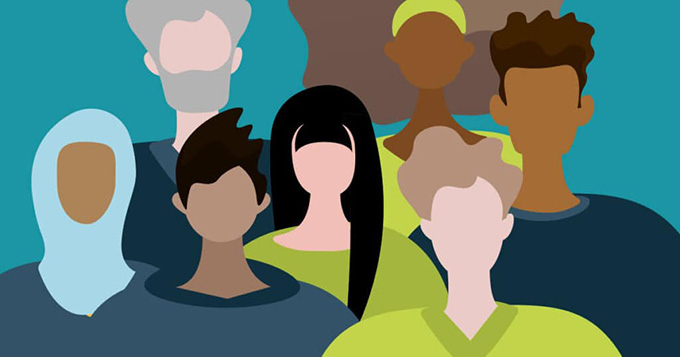 In capitalistic economies like those in the West, wealth and status accumulation often drive our every endeavour.

Education, skills training and social networks, among other aspects, become tools that we use in this rat race to push ahead for our interests.

Such questionable ethics seem ripe for a reassessment.

I once believed equity, diversity and inclusion (EDI) policies for government and industry could help.

In 2016, while at the University of Alberta’s Office of Employment Equity, I co-authored a preliminary Equity, Diversity, and Inclusion (EDI) Educational Framework. At the time, my understanding was that EDI policies were primarily a set of tools that we could use to have conversations about individual stories and backgrounds, unconscious biases and our common traits as human beings.

As such, EDI conversations would mean that people could share their concerns and shed prejudices; they could feel that they were being seen and heard for who they are.

My goal was to implement EDI policies to prepare future generations for “democratic citizenship.” Increasingly, however, I am seeing a 180-degree shift in how EDI is understood and used at individual and institutional levels.

Recent employment data on public service employees and large higher-education institutions across Canada show a remarkably diverse workforce. This is an admirable achievement. But diversity shouldn’t be mistaken for equity and inclusion.

The equity component of EDI policies emphasizes the need to lift up individuals. They require an equitable redistribution of institutional resources. The inclusion component calls for conversations to help us learn about different ways of life.

The problem is that in our capitalist economy, equity and inclusion have been sidelined. Instead, diversity — involving characteristics that include gender, race and sexual orientation — has become yet another tool to accumulate resources and social status.

Take the case of contested identity claims, the “pretendians” who claim to be of Indigenous heritage. In Canada and the United States, pretendians can leverage EDI policies and abuse their supposed Indigenous status to gain employment and financial resources or capital.

Meantime, Indigenous people — many of whom don’t have basic resources to begin with — are left behind, if not intentionally kept back by the state and various institutions.

In both public and private sectors, EDI policies are seemingly falling short of creating an inclusionary workplace. Instead of providing institution-wide opportunities for dialogue among employees to create inclusionary spaces, institutions now see the diversity component of EDI as a means of ticking boxes and improving their institutional status.

For example, in the case of universities, it used to be common to count the total numbers of publications and professor-student ratio to rank them. Now diversity has become an additional metric.

This means that universities are motivated to hire from marginalized groups. This helps the institutions climb in the ranks, attracts more students who might be mindful of diversity and ultimately makes the university eligible to receive larger financial grants and donations.

Again, diversity has not necessarily meant a more equitable campus community, although some certainly pursue this goal. The newly hired members of the marginalized groups often remain on the margins of these institutions.

These individuals — token representations of diversity — help enhance the institutions’ rankings while losing their own voice and identity to the very same institutions. Their politics, stories and self-expression have to either fade into the institutionalized way of life at their workplace, or, to survive, they must learn not to challenge the dominant traditions.

Diversity, but no equity or inclusion

EDI initiatives now seem to be focused primarily on diversity without equity and inclusion. And diversity has become a metric of assessing achievements and rankings. It’s no surprise that individuals and institutions like universities might use diversity to compete for resources and status.

Unfortunately, the singular focus on diversity doesn’t recognize an equitable redistribution of resources and an inclusionary workplace as important goals and values.

Research shows that diversity without effective communication and collaboration across groups results in “silo” scenarios. Power struggles increase as individuals team up as group members and categorize others as outsiders who must be kept from accessing resources.

Using diversity for status and financial benefit is the antithesis of EDI as a tool for democratic and equitable citizenship where all voices are heard and supported. There must be a better way to promote EDI without falling into the capitalistic trap of competitions for resources and status.