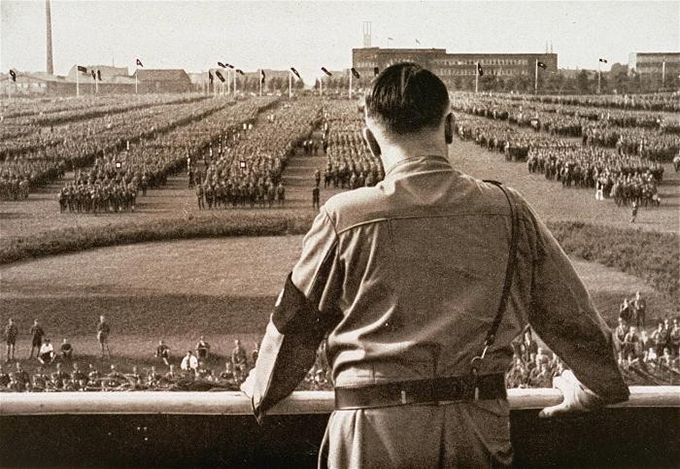 Godwin’s Law posits that any online argument, if it continues long enough, will inevitably invoke a comparison to Hitler.

Perhaps there should be an updated version: If you examine any given conspiracy theory, even seemingly innocuous ones, it won’t be long until you find coded and explicit antisemitism.

Some cases are obvious. Remember how far-right U.S. congresswoman Marjorie Taylor Greene embraced the “Jewish space lasers” theory after the California wildfires in 2018?

Other conspiracy theories, such as those that claim 9/11 was an inside job, require a little more deciphering.

More recently, Russian President Vladimir Putin spread an outlandish conspiracy theory to justify his military invasion of Ukraine. Nothing less than the de-nazification of Ukraine was required, Putin bizarrely claimed, while neglecting the fact that Ukrainian President Volodymyr Zelensky is Jewish and lost family members in the Holocaust.

One of the longest lasting conspiracy theories — even though it has been repeatedly proven false — is the narrative of a Jewish world conspiracy presented in The Protocols of the Elders of Zion.

British historian Richard Evans will explore the longevity of the Protocols and how they are seen within the framework of Nazi ideology, in Toronto on Nov. 2, opening Holocaust Education Week 2022.

Evans’s book The Hitler Conspiracies is an important reminder of the perennial fascination with and longevity of the inherently antisemitic conspiracy theory that historian Norman Cohn famously described as a “warrant for genocide.”

As Yehuda Bauer, honorary chair of the International Holocaust Remembrance Alliance, stated, “a half truth is worse than a full lie.”

Myths and disinformation about the Holocaust continue to permeate social media and increasingly, political discourse, even while the Holocaust is one of the most thoroughly documented events in history.

Whether intentional or not, disinformation breathes new life into old, often violence-inducing antisemitic narratives. The power of distortion and misinformation is its seemingly immutable ability to defy the historical truth.

Dangerous narratives found in the Protocols continue to inform attempts to deny and distort the Holocaust. The United States Holocaust Memorial Museum calls it the most notorious and widely distributed antisemitic publication of modern times.

Born out of fear and hatred, Holocaust conspiracy theories have enormous longevity and regain traction in times of uncertainty and societal unease.

As distortion and disinformation attempts to erode our belief in the historical record and cast aspersions on Jews, it simultaneously nourishes conspiracy theories that encourage extreme nationalism, and not infrequently antisemitism.

Antisemitism is inherently conspiratorial. In the 20th century, it became deeply enmeshed in western antidemocratic and fascist politics.

Visions of shadowy Jewish cabals pulling the strings behind world events and orchestrating disasters, both macro and personal, continue to hold sway in our political imagination.

We can all help #ProtectTheFacts & ensure the Holocaust is not excused, minimised or misrepresented.

During the COVID-19 pandemic, anti-lockdown protesters around the world frequently appropriated the yellow star that was forced upon Jews during the Holocaust. Others invoked visuals of the notorious death camp Auschwitz-Birkenau in a misguided attempt to compare their supposed victimization to the genocide of European Jewry.

Holocaust distortion and conspiracism are equally dangerous: both open the door to entertaining fantasies and ideas that have historically led to mass murder of Jews.

This is the case whether it is the intentionally hateful kind espoused by infamous neo-Nazis like Ernst Zundel, or misguided appropriations by anti-lockdown protesters during the pandemic.

One result of this phenomenon is the weakening of our democratic institutions, which are the foundation of western democracy itself.

Just as the spread of this disinformation and false equivalencies instrumentalize history, they also weaken public trust in the bodies that determine public health guidelines and oversee public safety and economic policy.

Characteristically, conspiracy theories, disinformation and misinformation don’t need to prove their claims. They need only to cause doubt and undermine the agencies and departments that function as part of the democratic process.

We are living in conspiratorial times. The concerning prevalence of Holocaust distortion and denial material online today poses a serious challenge to educators. Even when debunked, disinformation can remain accessible through online platforms influencing new generations unaware of how this information has been discredited.

A recent UNESCO study reported that nearly half of the Holocaust content on the app Telegram contained denial and disinformation. Educational programs have been developed that target the specific challenges posed by this proliferation of falsehoods and disinformation.

It will require however, prioritizing teaching digital literacy and robust Holocaust education — and repeatedly equipping learners with tools to critically analyze what they encounter in online forums.

Holocaust distortion and conspiracism are only one form of ugly disinformation swirling our polluted media ecosystems and social networks, but they are a particularly venomous and dangerous one.

Addressing this problem will not be easy. It requires a collaborative response that must include international co-operation from all levels of governments, leaders and international organizations devoted to nurturing and protecting civil society. When a celebrity such as Ye, formerly known as Kanye West, can espouse antisemitic conspiracy theories and still have a business partnership with Adidas — now ended after mounting public pressure — there is indeed a lot of work to do. To their credit, sponsor Balenciaga severed ties with him after his antisemitic outbursts.

To effect real change, education, collective responsibility and action are essential for success.

Author Bios: Carson Phillips is an Adjunct in Holocaust and Genocide Studies at Gratz College