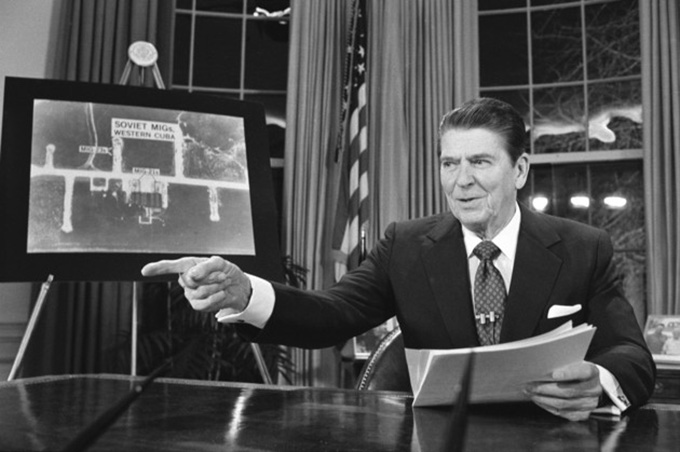 Actually, it was Donald Trump’s Make America Great Again movement. People seemed shocked by his campaign slogan. But it wasn’t the first time in the U.S. that an entertainer had acted as a populist politician to win the allegiance of working-class white voters who feared losing their socioeconomic status. That distinction more rightly belongs to Ronald Reagan, who used the phrase first in his 1980 campaign. 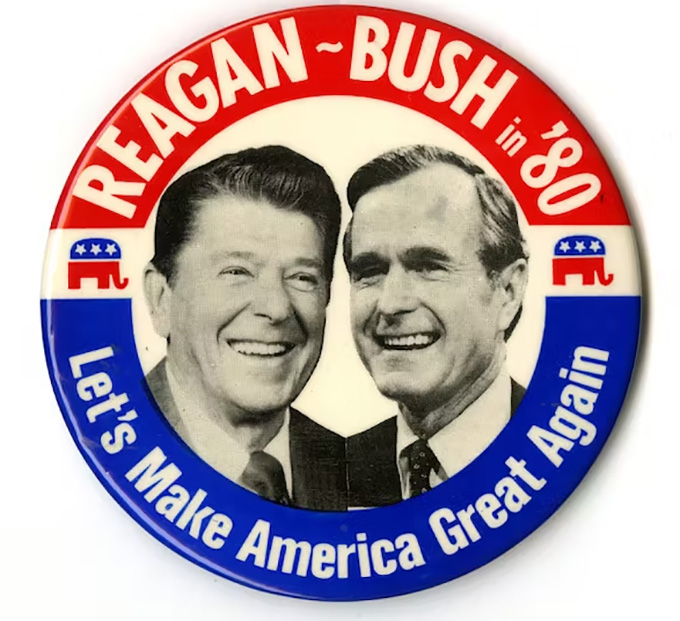 Many of my students, who came of age during the Obama administration, enjoyed the 2016 song by YG and Nipsey Hussle titled “FDT,” which is an acronym for “F— Donald Trump.” The song’s lyrics criticize Trump for campaigning for the White House by trying to breed resentment against immigrants from Mexico. I realized then that, just as today’s rappers are weighing in on politics, I could teach a course about how rap artists in the 1980s – and even afterward – dealt with the politicians from that era, chief among them President Reagan.

It uses hip-hop as a tool to understand the sociopolitical, economic and cultural factors that affected the lives of Black youths during the 1980s – the era of “Reaganomics.” That’s the name given to Reagan’s economic policies, which called for deregulation of the markets, widespread tax cuts, less spending on social programs and more spending on the military.

For instance, we use Grandmaster Flash and the Furious Five’s classic 1982 hit “The Message” to examine the disappearance of middle-class factory jobs from American cities during a period of globalization and cuts to public school funding.

The group rapped:
“My son said, Daddy, I don’t wanna go to school
‘Cause the teacher’s a jerk, he must think, I’m a fool
And all the kids smoke reefer, I think it’d be cheaper
If I just got a job, learned to be a street sweeper”
Students also examine the crack cocaine epidemic of the 1980s through the lyrics of Too $hort’s “Girl That’s Your Life” from 1983, N.W.A’s “Dopeman” from 1987, and Killer Mike’s 2012 song “Reagan,” which holds the Reagan administration complicit in creating the crack cocaine epidemic.

Raps Killer Mike:
“Just like Oliver North introduced us to cocaine / In the 80s when them bricks came on military planes.”

It allows students to see the effects of the loosely regulated market economy of Reagan’s America, which led to profound wealth gaps.

To get a sense of the implications of the Reagan 1980s, I also have students listen to Kendrick Lamar’s “Ronald Reagan Era,” which came out in 2011 and deals with the flow of drugs, crack cocaine in particular, into Lamar’s native Compton, California, and Los Angeles during the late 1980s. The song also illuminates how drugs negatively affected his neighborhood and childhood. Lamar was born in 1987.

As various rap artists have pointed out, the violence that takes place in urban communities is directly connected to the world of politics.

As a group called Above the Law, part of a coalition of artists called the West Coast Rap All-Stars, stated in the 1990 song “We’re All in the Same Gang”:
“violence don’t only revolve from drugs and thugs and gangs that bang; most times it’s a political thang.”
A key lesson is that much of the praise for Reagan, a revered figure in the conservative movement, did not always match the effects of his policies. For instance, modern economists have questioned the purported benefits of the Laffer curve, which is an economic analysis that shows the relationship between tax rates and tax revenue, and which was used to support the Reagan tax cuts. Reagan also embraced “trickle-down” economics, a theory that tax breaks and other benefits for business will ultimately help everyone, but economists say these benefits rarely, if ever, reached the most marginalized.

• “Reconsidering Reagan: Racism, Republicans, and the Road to Trump,” by Daniel Lucks

• “Hip-Hop Revolution: The Culture and Politics of Rap,” by Jeffrey O.G. Ogbar

The class prepares students to communicate their points of view to the public in creative and concise ways, much as rappers do in their songs. Specifically, they must write 16 bars. They also critically evaluate readings, songs and albums by doing a “5-Mic Review” in the way of the groundbreaking rap magazine The Source. Finally, they do a group project that involves constructing a soundtrack for a movie or a hip-hop playlist.

Author Bio:Stefan M. Bradley is a Professor of Black Studies and History at Amherst College