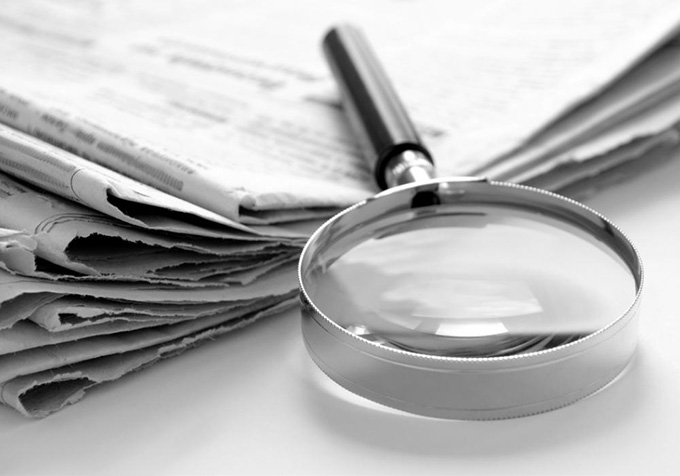 Many university campuses have huge, long-running, scandals involving fraud; I’ve highlighted quite a few of these in this blog, and the common line of “after more than 10 years of claims by whistleblowers…” that appears in these scandals really begs the question: why do these scandals take so long before becoming public knowledge?

Once you eliminate the impossible, whatever remains, no matter how improbable, must be the truth.
Arthur Conan Doyle

Let’s start eliminating the impossible sources of information on a scandal. A campus has administration (and staff), faculty, and students.

Let’s start with admin. Most of the scandals start pretty high up. The Poo Bah, and Board of Trustees, know full well that the $100,000,000 building going up will only cost $20,000,000 to build, and the rest will get spent on kickbacks, mostly to construction and vending firms owned by Trustees, or something similar. Higher education has been in a building boom for many years now…anyone with half a brain knows this level of building makes no sense, considering how much coursework has been moved online. I’ll use the madcap building spree as an example for this post, but sex scandals and academic frauds work pretty much the same way.

Does the gentle reader really suppose the $1,000,000 salaries and perks Poo Bahs get, combined with slightly lower salaries for their coterie of sycophants, really is because these people are amazing? No, it’s payment to keep quiet. Being in on it, it’s a rare thing indeed to find a whistleblower admin (so rare I can’t even find a decent link).

Faculty? We’re dead meat on campus now. Faculty that “make waves” get fired quickly, without due process (assuming they’re even technically entitled to it, administration will simply ignore such rules). Yes, you can find whistleblower faculty, but these guys are usually fired quickly enough that they have no recourse, or harassed to the point that resigning is the only option, rather than endure further abuse (I know that’s why resigning was my best choice when I figured out that my community college was not just engaging in fraud, but nobody had any interest in thinning it down a little). Even when the rules are violated over such firings, there’s no hope: such complaints go directly to admin. Admin investigates itself, and invariably clears itself of wrongdoing. Sometimes faculty fight for over a decade, sometimes winning, but you hardly can blow the whistle when you‘re forced to fight for your survival as it is.

Fired faculty have no pull—now they’re just “disgruntled employees” and get their character assassinated quite thoroughly. It does no good for faculty to try to reveal frauds on campus, as Penn State, UNC, and frankly every other scandal shows.

Now comes students. Most students don’t really care to ask about the why the new buildings are going up, and are in no position to have a clue. That’s most. A few students do know, for a variety of reasons. Among those, a few figure out that the best way to make the fraud known is go to the papers.

The mainstream or even local papers aren’t going to listen to a student. It’s sad, but it’s a fact: there is no investigative journalism any more. The papers are barely scraping by as it is, and they’re not going to risk a major lawsuit from the school if they try to do anything. Local TV is a joke, all they do is read from the script. No hope there, either.

Most campuses, however, have a school newspaper. These papers aren’t widely distributed, mind you, but they’re run mostly by the students, with faculty oversight. The whole point of school newspapers is to allow journalism students ( never really understood why this is a major, but bear with me) to learn how to run a paper.

If you think admin is going to let even the school paper get away with publicizing the kind of frauds occurring on campus, well…no. Consider:

Butler U replaces professor who was advising the student newspaper with university spokesman. While university says the arrangement is temporary, many question the ethics of the move.

Across the country, however, these long-running scandals are starting to bubble up into the light. Mainstream media won’t touch it, but the student newspapers, with little to fear in the way of lawsuit retaliation will, even if they get their funding pulled for running negative stories. What’s happening at the previous university is happening everywhere else: faculty advisors that allow the student papers to reveal even a fraction of the fraud are being taken out, and replaced with lapdogs who will toe the party line:

At least half a dozen student newspaper advisers have been removed from their roles in the last year for what they believe to be similar reasons, including at Auburn University, Fairmont State University and Northern Michigan University.

And so one more way for the truth of what’s happening in higher education gets shut down. The administrative choke hold is all but complete now: nothing can stop their degradation of higher education, and soon, only a few blogs and specialist news sites will even be able to cover much beyond the most obvious failings. Today, this system is regularly producing scandals that ran for a decade or more before being revealed, and if admin has their way, higher education will soon be a system that scandals, open scandals known by thousands, that run for 40 years or more will become commonplace.