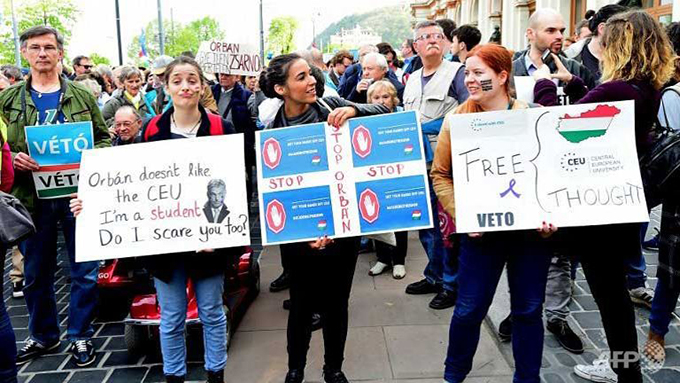 Tens of thousands of people recently demonstrated in the Hungarian capital of Budapest against attempts by their government to close the Central European University (CEU).

This was the second large-scale demonstration in Budapest in as many weeks – with protesters turning out en masse to challenge recent amendments to the national law on higher education that have been adopted by the Hungarian parliament.

As a university, CEU has a dual identity, and offers degrees accredited in both the US and Hungary. But the latest amendments make the university’s continued operation in Hungary virtually impossible. This is because the bill would require CEU to operate under a binding international agreement and to provide higher education programmes in its country of origin – the US – all within a very short time-frame.

At the time of writing, the legislation is on the desk of the Hungarian president for signature or referral to the Constitutional Court. Signature of the law would mean that the legislative changes would come into force, requiring a binding international agreement to be signed within six months of the publication of the law.

Referral to the Constitutional Court – a move which many of the protesters were calling for at the demonstration in Budapest – would mean that the law could be scrutinised for its legality and constitutionality.

CEU is a privately funded university with more than 1,400 students from more than 100 countries, that offers degrees accredited in both the US and Hungary. It is ranked among the top 200 universities in the world in eight disciplines. It excels in political science and international studies.

It has had its home in Budapest for more than 25 years, and is part of the life of the city. That CEU was founded after the fall of communism to promote democracy makes the current move against it all the more reprehensible.

The university, ably led by the rector Michael Ignatieff – a former Canadian politician and internationally renowned academic – has mobilised an impressive campaign for support. 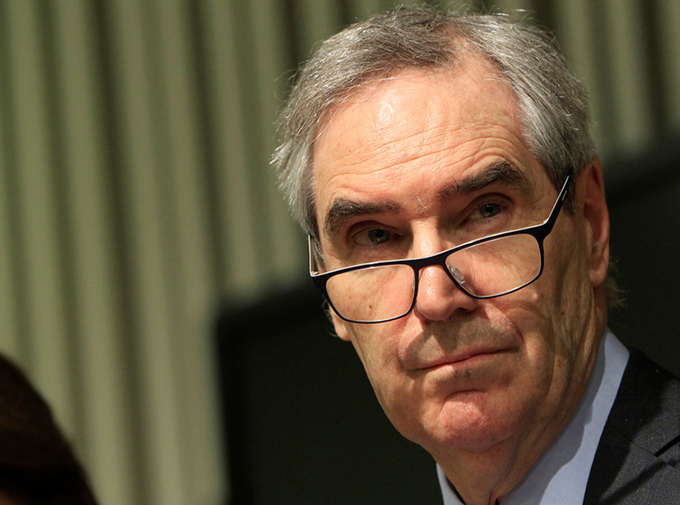 The response has been huge – with leading academic institutions in Hungary and around the world, as well as governments, politicians and individuals condemning the moves by the Hungarian government. The hash-tag #IStandWithCEU has also been trending on Twitter.

This outpouring of support underscores the importance placed in institutions that promote education and critical thinking.

Academic freedom is also a prized European value, and countries across Europe rightfully take pride in the quality of their universities and support their development.

The freedom of universities to teach, research, and publish is fundamental to a free and open society. Article 13 of the Charter of Fundamental Rights of the European Union provides that:

The arts and scientific research shall be free of constraint. Academic freedom shall be respected.

The need for such explicit protection of academic freedom is clear: universities and academics have long been targeted by autocrats because of the threat that free and critical thinking poses to their continued existence. And for an attack of this nature to take place within the EU should be cause for concern across Europe.

This is because the precedent it would set puts all academic freedom at risk. It is also a stark reminder of the need for constant vigilance to safeguard European democracies.

While CEU has said that it will take all legal steps available to it to challenge the Hungarian law, this is not just a legal fight.

This move to shut an independent university poses a fundamental question as to the extent to which European values can be ignored by an EU member state. Rule of law is supposed to be central to the operation of member states – and targeting freedom of expression through the closure of academic institutions runs directly counter to this. 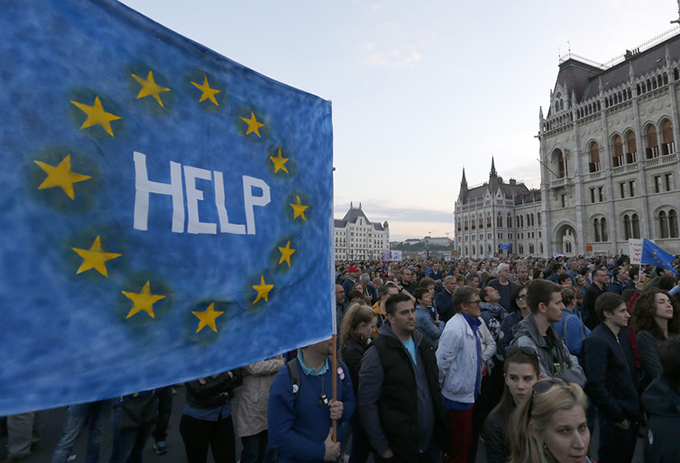 This is not the only recent move by the Hungarian Government that potentially contradicts the rule of law. In October, a major national newspaper – Népszabadság – closed alleging government pressure. And the government has also recently targeted civil society with the proposed introduction of restrictive legislation justified by national security concerns and the need for additional transparency.

There also doesn’t seem to be much understanding within Hungary as to why the threatened closure of CEU is causing such outrage. Just a few days ago, in response to the protests and influx of letters in support of CEU, the Hungarian government spokesman called the situation a “storm of political hype” that was part of a “political circus”.

The European Commission has said it will discuss the situation in Hungary – and this is an important opportunity to reinforce fundamental EU principles.

But for now, individuals, institutions and governments in the UK, and across Europe, need to take note of what is happening in Hungary, and take action to make the closure of CEU a red line that cannot be crossed.

Author Bio: Kirsten Roberts Lyer is a Associate Professor of Practice at the Central European University