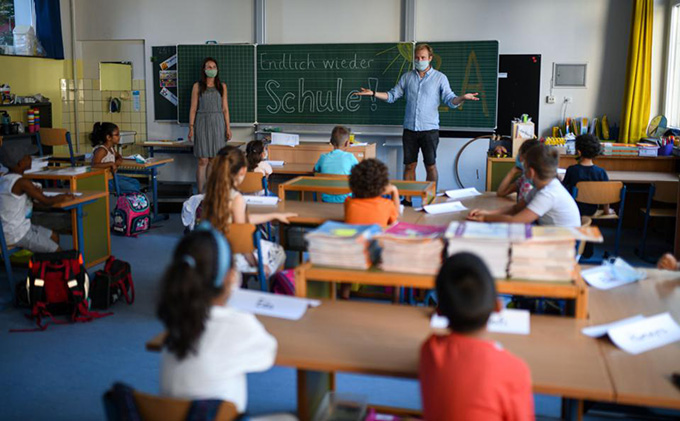 Charter schools are 30 years old as of 2021, and the contentious debate about their merits and place in American society continues.

To better understand what happens at charter schools – and as a sociologist who focuses on education – I spent a year and a half at a particular type of urban charter school that takes a “no-excuses” approach toward education. My research was conducted from 2012 through 2013, but these practices are still prevalent in charter schools today.

The no-excuses model is one of the most celebrated and most controversial education reform models for raising student achievement among Black and Latino students. Charters, which are public schools of choice that are independently managed, show comparable achievement to traditional public schools, but no-excuses charters produce much stronger test-score gains. No-excuses schools have been heralded as examples of charter success and have received millions of dollars in foundation support. At the same time, no-excuses schools themselves have started to rethink their harsh disciplinary practices. Large charter networks like KIPP and Noble in recent years have acknowledged the wrongfulness of their disciplinary approaches and repudiated the no-excuses approach.

Here are 10 of the most striking things that I observed at the no-excuses charter school where I spent 18 months.

Teachers at no-excuses schools “sweat the small stuff.” The long list of infractions at the school that I observed included: not following directions, making unnecessary noise, putting one’s head down on a desk, being off-task, rolling one’s eyes and not tracking the speaker.

Students on average received one infraction every three days. One fifth grader managed to accumulate 295 infractions over the school year. Infractions resulted in detention, loss of privileges like field trips and school socials, and “bench” – a punishment in which students had to wear a special yellow shirt and could not talk to their classmates or participate in gym class.

2. Teachers constantly explained the ‘why’

Teachers were encouraged to explain the “why” of infractions so students would understand the rationale behind the school’s unbending rules. Why did students receive detention for arriving one minute late to school? Because supposedly it helped them develop time-management skills. College applications would not be accepted if they were one minute late, they claimed. Why were there silent hallways? Because, the school argued, self-control would get kids to and through college.

Students formed an impression of college as very strict. Upon visiting a college, one student noticed couches in the dorm hallways. This made her think that colleges must allow students to talk “a little bit” because students weren’t just going to sit on couches and read a book. She questioned whether some of the rules at her own school might be “a little extra.” An alumna of the school also was surprised at the freedom afforded to her in college. Accustomed to a system of rewards and consequences, she struggled with turning in her essays for class because the teacher did not grade them. When the term ended and she had to turn in a portfolio of all her work, she found herself playing catch-up. She received a C in the class.

Because teachers constantly narrated expectations for behavior and scanned classrooms for compliance, students felt as if they were always under surveillance. Even the best-behaved students felt pressure. One mother told me that she kept her daughter home for two weeks because her daughter could not handle the pressure of being set up as a positive example for her classmates.

No-excuses schools hire young, energetic, mission-aligned teachers. According to the human resources team, the school had two key criteria for recruiting teachers: coachability and mission fit. The school was less interested in hiring professionals with specialized skills and knowledge. Instead, the school sought teachers who they thought would be more open and responsive to the school’s direction and intensive coaching. This meant that a teacher with 10 years of experience was not favored over one with almost no experience.

The rallying cry at the school I observed was “Making the School a Better Place to Work.” Half the teachers had left the school the previous year. Teacher turnover in no-excuses charter schools can range from 20% to 35% nationally, about twice the annual turnover rates in traditional urban schools.

7. Maximizing instructional time had its drawbacks

Procedures as simple as handing back papers or entering the classroom were streamlined to save minutes and seconds for instruction. This left little informal time for teachers to slow down and get to know the students. As one teacher put it, “It’s like you have to move quickly, quickly, quickly, quickly. There’s no time to waste and it’s like, you know, sometimes I feel like, oh wait a second, I need a breather, like we’re moving too fast. Like, slow down. Or [students] even need to feel like they’re being heard; they’re not being ignored.”

School staff members were reluctant to ease up on school discipline because they observed how a small change in procedure altered the school culture. The principal saw visible declines in student behavior when the school implemented special events like “crazy sock day.”

When the school invited an adventure-based learning group to lead a few activities, students were found to have difficulty adjusting back after being in a less structured environment.

9. One size does not fit all

No-excuses schools target a select group of students and families willing and able to comply with the school’s demanding expectations. In the initial summer visit made to the homes of all newly admitted students, school staff reviewed a five-page contract between families and the school detailing the school’s stringent expectations. They explicitly told families that the school “is not for everyone.”

The strict procedures and rigid routines did not stop teachers and students from finding ways to bend rules. Teachers found ways to adjust school practices to better fit their own styles. They used humor and took time to build relationships with students outside of school. Students also engaged in minor acts of resistance. They erased names off the infraction board. They wore multicolored socks when the school required solid-colored socks. If a teacher put forth the expectation of no talking, students tapped on their desks or hummed to show defiance.

One of the original visions for charter schools was to create spaces for teachers to experiment with innovative practices and for communities to create schools that reflected local cultures and needs. Instead, no-excuses charters employ a carefully maintained structure that limits the autonomy of both teachers and students. The costs of these structures are becoming apparent to the schools themselves. Change in these schools is happening but may not be quick or easy. As no-excuses schools seek to modify their practices, they might do well to reflect on and revisit these founding charter principles.