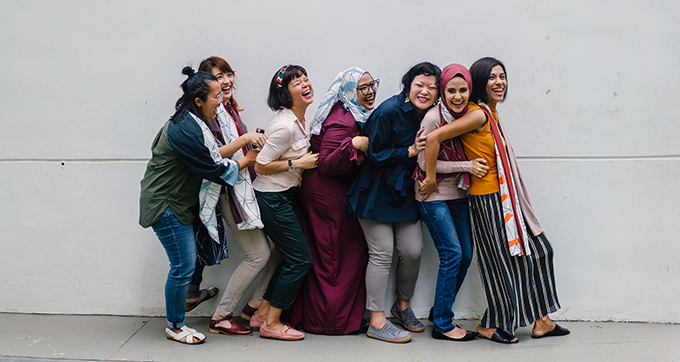 While people “on the inside” of science can quickly answer the title of today’s essay with “duh!” and anyone paying attention realizes identity politics destroys everything it touches, a recent article answers the question by identifying how the destruction is wrought.

How Identity Politics Is Harming the Sciences

Identity politics has taken over many departments on campus. To be more clear, identity politics has taken over the administration of many campuses, and they control the hiring. Thus white males, for example, are shut out of many “leadership” positions, and many fiefdoms on campus (Hi Diversity Institutes!) strictly hire based on gender and race. Because admin controls hiring, this leads to “want ads” even for scholars where race, gender, and political beliefs are prerequisites for scholarly positions.

In certain departments (Hi African Studies! Hi Gender Studies!) it was easy enough to find scholars the right shade or possessing the right genitals, but when it comes to the sciences it’s more difficult.

The STEM fields—science, technology, engineering, and math—are under attack for being insufficiently “diverse.” The pressure to increase the representation of females, blacks, and Hispanics comes from the federal government, university administrators, and scientific societies themselves.

–Emphasis added. Any scientific society which believes possession of certain genitals is necessary for advancing scientific knowledge is highly suspect, and I wish the author had identified such societies.

As long as I’ve been in higher ed, there’s always been a big push to increase representation of “protected minorities,” even as far back as the 80s admin made it very clear that we could only reject such candidates if we could provide good reason (while white males—among other races but always that gender–could be rejected out of hand, for being white and/or male).

Absent from this push has been any study showing that there’s a clear advantage to having such bigotry in the hiring process…no faculty wishing to keep his job ever dares ask that question, of course.

“All across the country the big question now in STEM is: how can we promote more women and minorities by ‘changing’ (i.e., lowering) the requirements we had previously set for graduate level study?” Mathematical problem-solving is being deemphasized in favor of more qualitative group projects; the pace of undergraduate physics education is being slowed down so that no one gets left behind.

I’ve discussed in detail how much of what’s called “college” today would be considered 9th grade material even a generation ago, and many campuses swirl students around in such pseudo-college courses until the student loan money runs out. Such fraud does wonders for administrative bank accounts but it does nothing for identity politics, which demands the hiring of scholars with certain skin colors or genitals.

So, STEM programs are doing the only thing they can: water down the program. “Qualitative group projects” is a double-red flag. Science cares little for “qualitative” work…it deals in facts, or at least our best representation of facts. Similarly, “group projects” are just a device by which incapable students’ incapabilities can be hidden by placing them in groups where the competent students can do the work.

“If there’s an accident at that chemical plant, we’re screwed. There’s not one person there who knows what they’re doing.”

–an old friend, an engineer, describing the situation at a nearby industrial complex. I’ve several engineer friends who’ve said the like these last few years.

The gentle reader should keep in mind this stuff has been going on for some time now. Today it’s relatively uncommon to see new bridges collapse or other catastrophes due to stupid mistakes made by the professionals coming out of these diluted STEM programs…but I suspect we’ll see a greater frequency of this in the coming years.

The National Science Foundation (NSF), a federal agency that funds university research, is consumed by diversity ideology. Progress in science, it argues, requires a “diverse STEM workforce.” Programs to boost diversity in STEM pour forth from its coffers in wild abundance.

Ultimately the source of the racism and sexism on our campuses is coming from the money. The NSF will give you money and lots of it to hire a female scholar…a male scholar is worth nothing.

The tortuously named “Inclusion across the Nation of Communities of Learners of Underrepresented Discoverers in Engineering and Science” (INCLUDES) bankrolls “fundamental research in the science of broadening participation.” There is no such “science,” just an enormous expenditure of resources that ducks the fundamental problems of basic skills and attitudes toward academic achievement. A typical INCLUDES grant from October 2017 directs $300,000 toward increasing Native American math involvement by incorporating “indigenous knowledge systems” into Navajo Nation Math Circles.

I’m not trying to be a jerk or anything, and absolutely stone age cultures have relevant things to say about human understanding of mathematics but…this is just pouring money into administrative pockets, while perhaps, maybe, giving calculators to Navajo children (which, incidentally, will do quite a bit of harm to their mathematical abilities).

Again, the question comes to mind: where’s the evidence this “diversity” would help science?

Somehow, NSF-backed scientists managed to rack up more than 200 Nobel Prizes before the agency realized that scientific progress depends on “diversity.” Those “un-diverse” scientists discovered the fundamental particles of matter and unlocked the genetics of viruses…

Considering this sort of track record, the “dog not barking” of nobody asking for evidence diversity here would be a good thing for science is deafening. This sort of lunacy also affects medicine:

The National Institutes of Health are another diversity-obsessed federal science funder. Medical schools receive NIH training grants to support postdoctoral education for physicians pursuing a research career in such fields as oncology and cardiology. The NIH threatens to yank any training grant when it comes up for renewal if it has not supported a sufficient number of “underrepresented minorities” (URMs).

How is this not racist? They are literally denying opportunities based on skin color. There are quite literally human lives at stake here, and still nobody is asking the question about “why do we suspect increased diversity will be a good thing?”

I grant the answer is obvious enough: because there’s more money for diversity.

The research money can only go to diversity-approved research projects. This will obviously warp our medical research. Maybe it should be warped, but shouldn’t we have a better justification than “there’s more money for it”?

Just as the bulk of student loan money does nothing for education, and simply flows into administrative pockets, the same thing happens with the “diversity” money:

TEM departments are creating their own internal diversity enforcers. The engineering school at UCLA minted its first associate dean of diversity and inclusion in 2017, despite already being subject to enormous pressures from UCLA’s fantastically remunerated Vice Chancellor for Equity, Diversity and Inclusion and other bureaucrats.

Diversity deanlings typically make $100,000 or more even at small schools. The salary of the above Vice Chancellor is over $444,000 now, and doesn’t include the fantastic perks these guys get (or golden parachutes and retirement programs after a handful of years which would make dictators of small countries blush with shame).

“Diversity” is now an explicit job qualification in the STEM fields. A current job listing for a lecturer in biology at the University of Massachusetts at Amherst announces that because diversity is “critical to the university’s goals of achieving excellence in all areas,”

Because these racist/sexist hiring policies are (technically) illegal, there are now workarounds to making job postings racists and sexist in their hiring requirements. It takes little effort to see I’m not imagining things:

The University of California at San Diego physics department advertised an assistant-professor position several years ago with a “specific emphasis on contributions to diversity,” …All five candidates on UC San Diego’s short list were females, leading one male candidate with a specialty in extragalactic physics to wonder why the school had even solicited applications from Asian and white men.

I’ve often wondered if I could get a good administrative position if I self-identify as a protected gender/race. I’ll probably never go through with an experiment testing that hypothesis, however.

Bottom line, the destruction being wrought on the sciences is being done with the same tool which has done so much harm to higher education: money, great quantities of money handed over for no good reason at all.