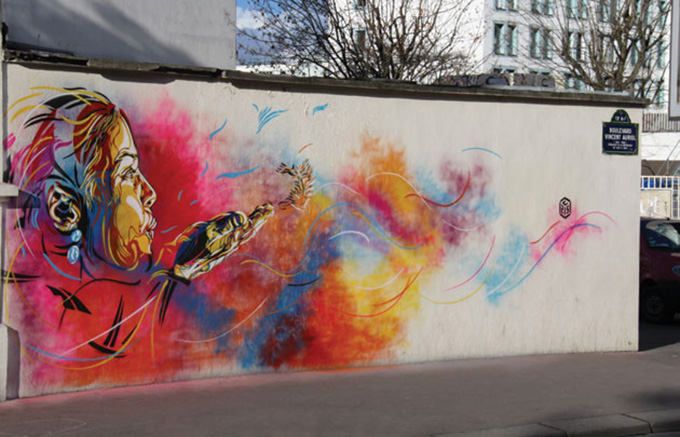 Since the last school year, the wearing by pupils of signs intended for or with a religious connotation has experienced a significant increase, hence the importance taken on by the theme of “attacks on secularism” . We have thus gone from 313 reports of this order in September 2022 to 720 in October, more than double.

A survey commissioned from the IFOP by the Jean Jaurès and Charlie Hebdo Foundation , published in January 2021 following the attack on Samuel Paty and relating to ”  contestations of secularism and forms of religious separatism at school”, gave already worrying results. Nearly one in two teachers (49%) claim to have been challenged in their teaching on religious issues; 80% of teachers say they have been confronted at least once during their career with a claim related to religious beliefs (exemption from lessons, special menus in the canteen, etc.)…

The survey also informed us, pushing the concern to its height, that 25% of teachers give Samuel Paty the wrong for having taught his course on freedom of expression from the cartoons of Muhammad.

The publication on November 9, 2022 of a ministerial circular details the responses that schools must give to these attacks. It provides for a gradation of responses, ranging from dialogue with the student, the obligatory first step, to exclusion, the disciplinary councils being able to be relocated when the situation is deemed to be sensitive.

The uncertain significance of an already ancient phenomenon

In truth, the problem is far from new. It was already he who intended to resolve the 2004 law prohibiting the conspicuous wearing of religious symbols at school. The same year, a report by the general inspectorate, presented by Jean-Pierre Obin ( Signs and manifestations of religious affiliation in schools ) already warned of the growing importance of the phenomenon.

Two years earlier, the collective work Les Territoires perdus de la République was published , denouncing the growing manifestations of anti-Semitism on the part of students of Muslim origin. Since then, the alarm has sounded regularly, especially when minutes of silence organized in schools in 2015 after the attack on Charlie Hebdo were disrupted or, more recently , in the context of the assassination of Samuel Paty.

Challenges to the principle of secularism in schools have therefore been the subject of public concern for at least twenty years, or even nearly 35 years, if we trace the history back to the first cases of the veil in school, at the start of the 1989 school year. However, the very permanence of the phenomenon, its periodic return to the forefront of the political and/or media scene, is not without posing to the very notion of “attack on secularism” a certain number of problems.

The first of these is that such a recurrence is likely to relativize the importance of the phenomenon. Since the time it has lasted and been denounced, progress has hardly been apparent. 720 reports last October is obviously much more than the 313 recorded in September. But on the one hand, this increase is not so easy to interpret: does it reflect an objective increase in the number of cases of violation of the principle of secularism or a lesser reserve on the part of the establishments to report them? On the other hand, compared to the 60,000 establishments (schools, colleges, high schools) existing in France, the proportion remains low.

The question also arises as to whether it is appropriate to isolate the behaviors identified as “attacks on the principle of secularism” from other manifestations of contestation in general of a school order that a certain number of pupils seem to have more more difficult to integrate. It would also be interesting to know what are the specific school contexts in which these challenges are observed: not all establishments, including in sensitive areas, are equally exposed to them.

This would make it possible to build representations of reality that are much finer and more circumspect than those offered to public opinion by a certain media-political discourse, and which can lead to excessive dramatization.

Surveys not compatible with each other

Attacks on secularism in schools are all the more difficult to assess as recent surveys do not all point in the same direction. We can thus compare the survey of the Jean Jaurès foundation to another, carried out a year earlier, in January 2020, by the CNESCO (National Center for the Study of School Systems, now dissolved). It was entitled “Secularism and religion within the school: an evaluation of the civic attitudes of middle school and high school students” , and was conducted with 1,600 third and final year students, 500 teachers and 350 school leaders. ‘establishment.

But what does this survey show? Almost exactly the opposite of what that of the Jean Jaurès Foundation was moved by: “within the school, the students, and even more the education staff […] very much adhere to the principle of secularism” . Thus, 90% of middle school students and 91% of high school students consider that tolerance between them is important or very important, including with regard to students of another religion; 91% of students (third and final year classes combined) believe that teachers respect them regardless of their beliefs or opinions.

Finally, very few headteachers (2% in middle school, less than 1% in high school) report encountering major problems with teaching being questioned or students refusing to participate, for religious reasons, in certain school activities. So, concludes the report of the CNESCO, that the French pupils testify of an adhesion to the principle of secularity definitely higher than their European fellow-students.


Disputes of secularism undeniably exist and the investigation of the Jean Jaurès Foundation is not invalidated by that of CNESCO on adherence to secularism. But the latter is of a nature to seriously temper the disastrous impression left by the former and it calls for caution as to the conclusions that can be drawn from it. Without being deaf to it, we must distance ourselves from the anguished refrain which, from the “lost territories of the Republic” to the investigation of the Jean Jaurès foundation, from 2002 to 2021, is sung to us. In other words, we must guard against the “moral panic” that the secular question so often seems to provoke.

The concept of “moral panic” , taken up in France in particular by Ruwen Ogien, was forged by the English sociologist Stanley Cohen . It designates an overreaction to “a condition, event, person or group of persons […] designated as a threat to the values ​​and interests of a society”. The definition, let’s agree, sticks quite well to the excitement that regularly provokes the feeling of threatened secularism.

A political or educational problem?

In short, the question arises as to whether the “attacks on secularism” identified all have, and unequivocally, a political significance. We can indeed consider that the problem also has an educational dimension, calling for the implementation of educational measures to make these attacks less frequent. In what ways can students appropriate the rules of the school institution and experience the value of the values ​​it sets itself the task of transmitting?

Let us go even a little further: if the school must be a “sanctuary”, sheltered from what Pascal called “the tumult of the world”, is it not also in the sense that the pupils there are protected from their own wanderings, even if they were anti-secular, that is to say in the sense that one can expect from an education an aptitude to deliver them from them? Therefore, should we not critically question not only the meaning of the expression “attacks on secularism”, but also the relevance of a response to these attacks in terms – more administrative than pedagogical – of “reporting” ?

These questions should not be understood as the denial of a phenomenon that profoundly affects the life of the establishments where it occurs. They simply aim to question its univocity by formulating, in short, three hypotheses about the attacks on secularism experienced by the school today. First, their massive and growing nature is not obvious. Then, systematically giving them a political significance may be a reductive interpretation that is detrimental to a detailed understanding of the phenomenon. Finally, the solutions they call for are not always and necessarily, nor doubtless even primarily, administrative and disciplinary solutions, without the question ever being asked as to how an educational community approaches these problems pedagogically.

Author Bio:Peter Kahn is a University Professor Emeritus at the University of Caen Normandy