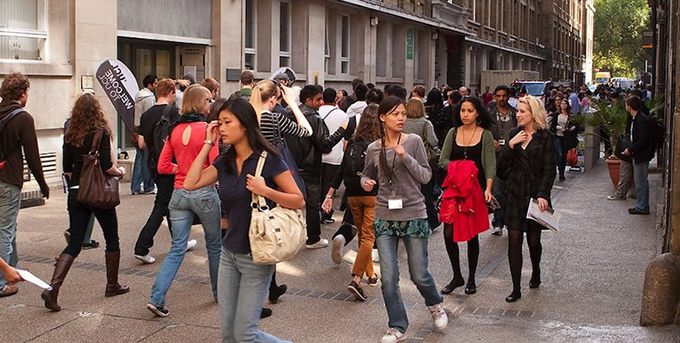 It is not easy being Chinese these days. And it is even harder to be a Chinese student overseas.

Chinese students have borne the brunt of the vitriol arising over the alleged origins of the Covid-19 pandemic, which has claimed more than 700,000 lives and infected 20 million worldwide. In practice, this has meant Asian or Asian-presenting individuals becoming targets of racism and abuse from those who claim to be concerned about “super-spreaders”.

For many, it is a no-win situation; although I am a born-and-bred Hong Konger, I faced ridicule and was chastised for donning a mask on a train heading from Oxford to London. Months later, the UK government made mask-wearing compulsory in public spaces.

As the new Cold War between the world’s two largest economies brews on the horizon, the fates of the thousands of overseas Chinese students are – again – in the hands of actors whom they are unable to influence. Anglophone countries, once touted as the stepping stone towards the wider world for many born and raised under a heavily centralised political system, have now become synonymous with daily microaggressions and structural exclusion: the sardonic sneer at the supermarket, the laundry shop that refuses to serve on the basis of ethnicity and, for some countries, an immigration department that can’t wait to rid itself of these unwelcome visitors on their campuses.

As tensions flare up between the West and China, with the latter portrayed as an authoritarian, wanton political structure posing a fundamental threat to Western values, many students have come under substantial smearing for their alleged association with the Chinese state.

Conspiracy theories typecast these individuals for being brainwashed, corrupted and employed by the state to carry out nefarious activities; those who express support for their government are portrayed as “professional students” or extensions of the Communist Party – notwithstanding the fact that many overseas Chinese students could well be open to and in search of alternatives to returning to China. Many who left China in pursuit of free-spirited debate and liberal discussions have found their voices demonised as the “other” – alien, insubordinate and out-of-place.

Such politically motivated suspicions are perhaps somewhat understandable. After all, there is indeed some evidence of attempts by certain Chinese state bodies in sponsoring student activities in foreign countries. Yet this is by no means the norm.

And no amount of suspicion could reasonably justify the physical assault and harassment of Asian-presenting students. Jonathan Mok, a 23-year-old student from Singapore, was beaten up on Oxford Street in London. What is most chilling, perhaps, isn’t just the egregious act itself but that it was performed by a 15-year-old teenager.

It is easy to declare, “Racism has no place in this country in this day and age.” Yet it is clearly less-than-easy to put this to practice.

The most tragic consequence of this new normal, perhaps, is that Chinese students will only feel disengaged from and disillusioned with the very institutions of higher education that are meant to play a pivotal role in broadening – as they do with their students at large – their horizons and enriching their understanding of the world. Cross-cultural communication and open interaction are instrumental in building a more inclusive society. Racism, and the wider nonchalance towards its occurrence, are inimical to such a vision.

One might think that these students could fare better as they return home. Indeed, given the surging coronavirus cases and the overstretched healthcare system in the US, many have given up the remaining semblance of normality in their university education – in exchange for a heftily priced trip back home. Many returned on one-way tickets.

Yet they remain strangers in their own homes. Foreign-educated students are often viewed with enmity when they return to China. Some are stereotyped as “brainwashed” and enrolled into the ostensibly anti-Chinese traditions of the West; others are viewed as traitors, who left their country in exchange for a “foreign lifestyle”.

Students striving to promulgate progressive values – typecast as “Western” – are portrayed as sell-outs to the West. To refuse to speak out might seemingly render them complicit, yet to speak out could also be dangerous. As such, these individuals must tread the fine line between speaking their minds and standing up for their genuine convictions.

By transforming Chinese students into de facto aliens on Western soil and failing to decouple valid critiques of the Chinese state from ungrounded witch-hunts towards Chinese students, the West has played into the very hands of nationalistic jingoists in China who portray the conflict between the two worldviews as inevitable and mandatory.

Chinese students deserve better than to become pawns in a geopolitical chess game that benefits none of them.

Author Bio: Brian Wong is an MPhil candidate in politics at the University of Oxford and editor-in-chief of the student-led Oxford Political Review.