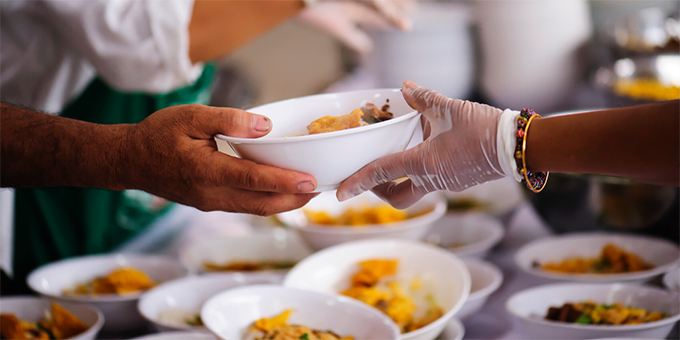 We know university students regularly go without food and other necessities because they cannot afford them. This has negative impacts on their learning and physical and mental health.

But what about the food security of those who teach and support students – university academics and professional staff?

In an Australian-first study, we surveyed staff at the University of Tasmania and found nearly one in six are running out of food and unable to buy more.

Food insecurity is when people or households struggle to put enough healthy food on the table every day because of limited money or other resources.

In April 2022, we surveyed 560 staff and more than 1,200 students about their access to food. The survey was open to all students (undergraduate, postgraduate, and higher degree research) and staff (academic and professional).

The survey was online and asked six questions, looking at whether respondents had run out of food, ate less or lower-quality food, or had gone hungry at any time over the past year.

Some uni staff are going hungry

In total, 16% of staff surveyed reported experiencing food insecurity at some point over the past 12 months.

Of those surveyed 4% also reported being anxious about not having enough food in the house. In other results, 5% of staff were eating cheaper, less healthy foods to cope and 7% were regularly skipping meals and going hungry.

Some staff were at higher risk than others. They included:

We found high and worrying levels of food insecurity among students.

Of the 1,257 university students surveyed, nearly one in two (42%) reported some degree of food insecurity, which matches research from other universities across Australia.

Some groups of students were at higher risk of food insecurity. These include first-year students (46%), those who attend classes on campus (48%), international students (61%) and students who identify as non-binary (69%).

While this study was conducted at one university, the issue is not restricted to Tasmania. We know there are increasing levels of food insecurity in the broader Australian community.

Staff and students cannot do their jobs or complete their studies properly if they are hungry.

Currently, there is not enough healthy, affordable food and self-catering facilities on university campuses.

To date, universities have tended to focus their food security efforts on directing vulnerable students to emergency food relief organisations off campus. But this carries stigma and is not a long-term solution. Staff are also being overlooked.

Most Australian universities don’t have policies to address food insecurity or to create sustainable food environments on campus. This would mean all students and staff having equitable access to pre-made food (like a sandwich for lunch or curry for dinner). But also being able to access fresh, healthy and sustainable produce.

Creating a new approach to food on campus will take effort, money and leadership. But the situation will not improve unless universities have a strategy to increase reliable access to nutritious and affordable food.

Any food programs on campus and universities need to consult staff and students about how they should work. A not-for-profit campus shop could increase food access by involving campus members in growing, cooking and sharing affordable and sustainable food.

Universities should also conduct regular audits of available food. Does it address people’s dietary and cultural needs, and can everyone access it?

Looking at the bigger picture, as university staff around Australia continue to strike over pay and conditions, universities should also prioritise secure employment to reduce staff food insecurity.