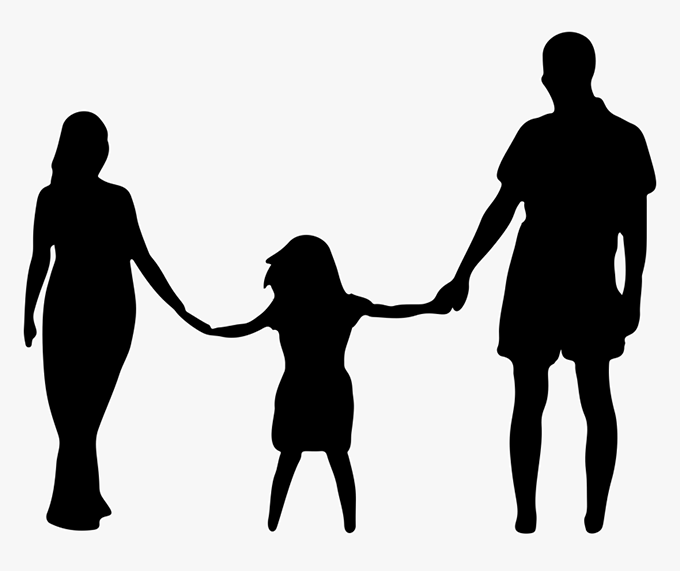 The family is one of the main influences on the development of people throughout life. In adolescence, despite the fact that the influence of peers increases, fathers and mothers continue to play an important role in the socialization of young people.

The study of the influence of fathers and mothers in the development of their children can be approached from two perspectives: one has to do with the educational style of the parents (the so-called typological perspective); the other focuses on the way children and parents relate to each other and is called a dimensional perspective.

From a typological perspective, fathers and mothers can be classified according to their educational styles . Four styles are considered , according to the proportion of affection and control :

The types of fathers and mothers according to their behavior

Regarding the dimensional approach, what is taken into account are the behavioral characteristics of the parents. The dimensions of support (warmth and involvement) and rejection, defined as the absence or deprivation of affection of fathers and mothers towards their children, are considered.

Regarding the control of children exercised by fathers and mothers, in this dimensional approach two types are differentiated: behavioral control , that is, the strategies to supervise, regulate and establish limits on the behavior of children; and psychological control . This refers to the practices that generate guilt and shame in children, also assuming the withdrawal of affection. This last type of control can limit the psychological and social development of adolescents.

A new construct called parental knowledge has recently emerged : it is based on how much information adolescents share and how much they are asked by their parents.

Another interesting concept, especially in relation to the adolescent stage, is that of support for autonomy : how much independence and decisions made by children are respected.

Closely related to the concept of control are the disciplinary techniques used by fathers and mothers to correct the inappropriate behavior of their children. Three fundamental dimensions of family discipline have been proposed:

The impact on adolescent behavior

Aggressiveness is one of the aspects of adolescent behavior that is influenced by the attitudes, practices, and parenting styles of parents that we have described above.

The perception by adolescents of positive parental influences (affection and quality of care), as well as adequate supervision, act as protective elements that reduce the probability of manifestation of violent and antisocial behavior.

The authoritarian style is related to a greater extent to the manifestation of a more aggressive and hostile behavior towards peers, when compared to the democratic and permissive educational styles.

The demand for obedience without discussion, typical of an authoritarian style, is linked to the presence of aggressive behavior in children that could seriously impair the adjustment of adolescents in different contexts, including interactions with their peers.

The democratic style of fathers and mothers is related to a lower degree of aggressive behavior, anger and hostility in children.

Too much or too little discipline

If the educational practices of fathers and mothers are considered, young people educated in homes characterized by the absence of affection, little communicative exchange or the severe imposition of norms more frequently manifest aggressive behavior towards their peers . Also, practices such as hostility and permissiveness are related to the appearance of aggressiveness in children and adolescents.

Regarding control, it has been seen that both coercive discipline exercised by fathers and mothers and excessively lax discipline are related to the appearance of aggressiveness in children. However, some authors suggest that it is negative practices, rather than positive ones, that predict behavior problems in children.

Do both parents have the same influence, when this is the case?

Although in most cases the practices used by both parents have been analyzed globally (when this is the case), the data indicate that boys and girls value the relationship they have with their father or mother differently .

Specifically, girls perceive their relationship with their father more favorably than boys, which may be reflecting different patterns of socialization by parents depending on the sex of the adolescents.

When talking about aggressive behavior, it is interesting to make a distinction between proactive aggression and reactive aggression. Each type of aggressiveness is associated with different family socialization patterns .

Proactive aggression is instrumental in achieving external rewards and involves attacking others in a calculated and organized way. In contrast, reactive aggression is considered a reaction to hostile events, related to poor impulse control and a tendency to make hostile attributions.

The first type of aggression is usually related to parenting styles characterized by little control, indulgent discipline, and lack of communication and affection on the part of fathers and mothers. However, reactive aggression has been linked to excessive and inappropriate control.

Author Bios: Maria Cruz Garcia Linares is Professor of Psychology, Maria de la Villa Carpio Fernandez is also a Professor and Maria Teresa Cerezo Rusillo is Professor all at the University of Jaén